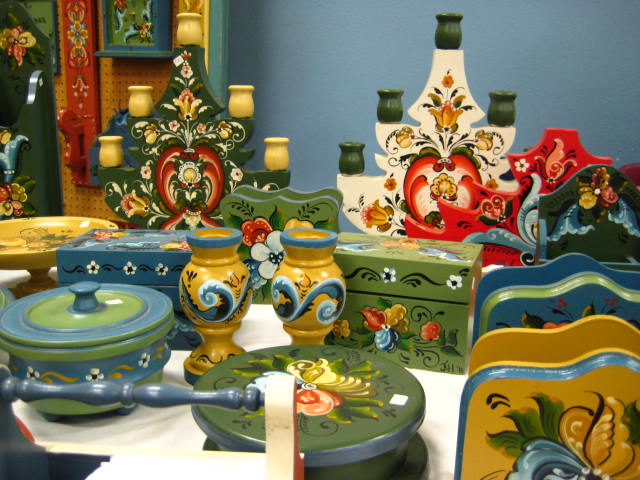 Now that Halloween has come and gone, the holiday season is just around the corner. Residents in Lakewood, Colo., in Denver are getting a jumpstart on the festivities – Scandinavian style.

The eighth annual Scandinavian Christmas Fair is hosted by the Sons of Norway and will take place at the Trollheim Lodge, Nov. 4-5. Eighteen vendors will be present, each representing some facet of Norwegian, Swedish or Danish culture – from wooden carvings to knitting to glazed plates.

Bev King, the chairperson of this event, has belonged to the Sons of Norway for the past 31 years and is unsure of what really drives people to stand in line before the door is open, aside from the fact that they all seem to “really love the food.”

While the food may be the main appeal, there also will be the other tables, each highlighting different parts of Scandinavian culture.

“One of the members of this group will be selling her homemade jewelry and knitting,” King said. “We have people from another group who make plates that they glaze and fire in the kiln. There is another table from a woman who does all the knitting of mittens and scarves herself, and someone else who even makes little trolls.”

Needless to say, there won’t be a shortage of interesting Scandinavian goods.

According to King, more than 600 people are expected to attend this year’s event, some with Scandinavian heritage. The event is open to all with a $2 admission fee at the door.

“It’s unusual to have that many Scandinavians in the Denver area…[but] they love to come and eat,” King said.

While the food may be something worth tasting, and the goods worth buying, King’s favorite part of the atmosphere is without a doubt the excitement in the atmosphere, and isn’t that what the holidays are about? Some good spirit…with some lefse, chocolate and a few lingonberries on the side.