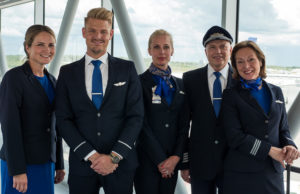 The next time you fly to visit Sweden, there’s a chance you may be hopping on board a Scandinavian Airlines flight, which serves – you guessed it – Sweden, Norway and Denmark.

Scandinavian Airlines, running its business operations as SAS Group, is based in Solna, Sweden. According to a market overview on its website, the airline is serving a niche in the European travel industry, as in the Nordic region “each person flies an average of four to five times per year compared with about two times per year in the rest of Europe.”

Today, the airline has helped 21.7 million passengers around the world get to their destinations in 2017, to date – quite the evolution for the company that was founded just 15 years after the first flight. 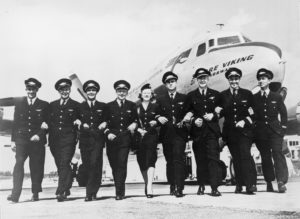 Scandinavian Airlines’ (SAS) roots can be traced to the early 20th century, with its parent companies forming in the late 1910s/early 1920s. In 1946, three airlines came together to form what is known today as SAS. Over the next two decades, the airline continued to grow and break ground in the industry. According to its website, the airline took home bragging rights in the 1950s for being the world’s first airline to fly the Copenhagen-Los Angeles polar route and for offering “round the world service over the North Pole.”

Over the years, the company continued to evolve and stay up with the travel needs of Scandinavia – from launching electronic reservation systems, to venturing out into other facets of the travel and hospitality industry.

In the 2000s, the company had its share of financial ups and downs, selling off many of the companies it acquired and majority stakes they owned.

On the flip side, the airline has won a slew of awards that speak to its customer service, punctuality and operational standards. SAS has received the Freddie Awards’ “Best Customer Service in Europe/Africa” honors, ServiceScore’s “Airline with highest service standards” and a Grand Travel Award for being “Europe’s Best Airline.” It also has received kudos from FlightStats for being among the top of the world’s most punctual airlines. Lastly, it has been named the most sustainable company in the airline industry by the Sustainable Brand Index. 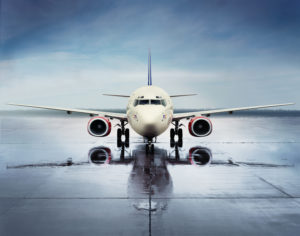 SAS by the numbers

SAS no longer serves just Scandinavia – it’s a global airline that has flights going out to 280 destinations and 1,316 airports. If you’re flying out of one of the States’ seven largest airports (think Los Angles, Boston, Chicago), then you just might be able to hop on one of SAS’ flights.

SAS in the news

In recent news, SAS announced it would form a new airline that would operate out of Heathrow and Malaga, called Scandinavian Airlines Ireland. Additionally, SAS launched nine new routes this summer, reaching destinations like Lisbon, Ibiza and Malta.

And if you have Swedish friends and family planning a trip to the States for SXSW (perhaps to catch some Swedish artists jamming out), you’re in luck! SAS has announced that it’s adding direct flights from Stockholm to Austin – making travel a little easier next spring.