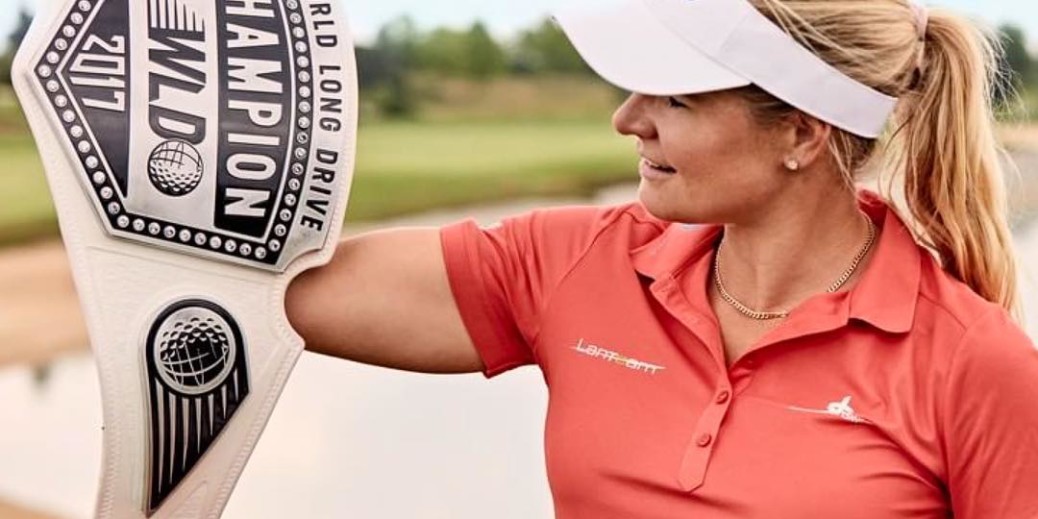 Golf’s biggest hitters are on display this week.

No, we’re not talking about the likes of Rory McIlroy, Dustin Johnson and Lexi Thompson, who are among the longest drivers on their respective tours. Our eyes have been on Will Hogue, Tim Burke, Justin James and our favorite, Swedish superstar Sandra Carlborg, who competed Tuesday and Wednesday in the 43rd Volvik World Long Drive Championship.

Carlborg, from Alingsås, Sweden, played professionally on the Ladies European Tour, Letaccess Tour, South African Tour and Swedish Tour. But in recent years, she’s made quite a name for herself for punishing golf balls to the tune of five long-drive World Championships. Her record drive is a whopping 401 yards.

Alas, Carlborg came up short on Tuesday in the quarterfinals and was eliminated from the competition. Afterward, she talked about the growth of the sport with the Golf Channel.

The BBC recently interviewed Carlborg about her success, and ESPN.com highlighted the sport and Carlborg in a feature from the World Championship.