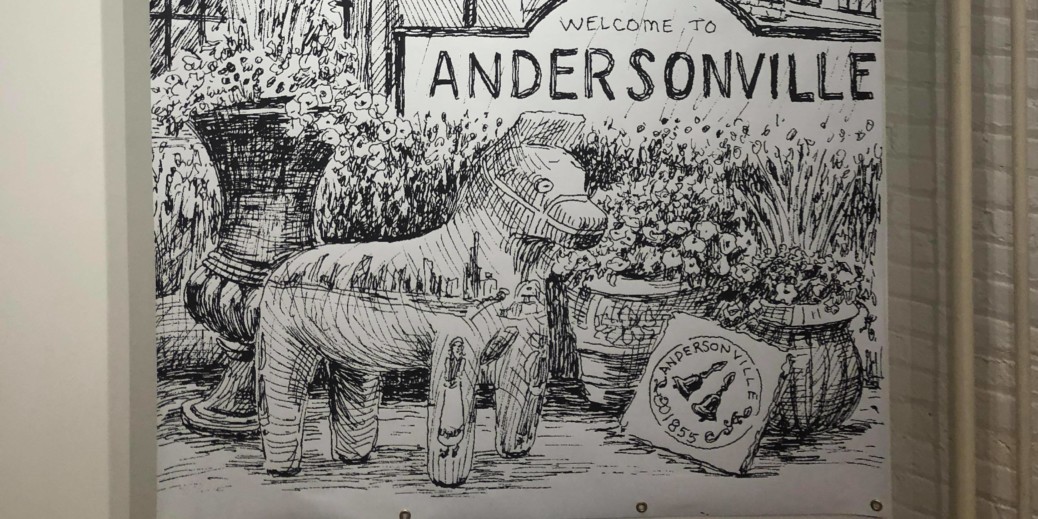 CHICAGO – On the North Side of Chicago is Andersonville, a Swedish neighborhood filled with more than 150 years of history. Today, it continues to be a hub for Swedish culture thanks to efforts led by the Swedish American Museum.

We recently took a trip to explore Andersonville and the Swedish culture it has to offer. Ahead of our trip, the Andersonville Chamber of Commerce shared a list of recommendations, resources and background on how the Swedish community settled here, and to our surprise, it all started with a cherry orchard.

A brief history of Andersonville

In the 1850s, Andersonville existed only as a cherry orchard north of Chicago. As Swedish farmers started moving in, they created a suburb. After the 1871 Great Chicago Fire wiped out nearly a third of the city, Swedish immigrants flocked to Andersonville to reestablish themselves. From there, the neighborhood started to evolve with several businesses, organizations and structures that are still around and open for business today.

If you’re ever in the Chicago area, here are a few of the places we checked out and highly recommend. If you’re looking for the perfect princess torte, visit m.henry.

The Swedish Bakery was an institution in Andersonville, serving up authentic Swedish classics since the 1920s. After 88 years in business, the iconic bakery closed its doors, and thousands of customers shared remorse.

Shortly after, m.henry, a restaurant and café just blocks away, hired The Swedish Bakery’s head baker to continue sharing those iconic Swedish goods with the neighborhood. It was our first stop, and we met with owner Michael Moorman, who fed us a few classics. Our mouths are still watering. If you live in the area or have a chance to visit, be sure to order the princess torte and a lemon roulade. Wet your whistle with a Chicago Handshake at Simon’s Tavern.

Simon’s Tavern is the oldest establishment in Andersonville and still functions as a dive bar and a local favorite. From black and white photos of Miss Andersonville 1965 and the very first Midsommmerfest hanging on the walls to Swedish culture and history built into the architecture, Simon’s Tavern is filled with memorabilia to browse. Our bartender, Katie, even gave us a tour of the basement, where the tavern had a hidden speakeasy during prohibition. Drinks are strong, and the patrons are friendly. They even offered us a Windy City greeting called the “The Chicago Handshake,” a shot of Jeppson’s Malört and an “old-school” Midwestern beer. The Handshake is a common drink of choice for Chicagoans. While we don’t necessarily recommend it (the shot is mild with a terrible, bitter and lingering aftertaste), it is worth a try for the full Swedish and Chicago experience. Fuel up at Svea, Home of the Viking Breakfast.

This tiny, Swedish eatery offers breakfast fit for a Viking and a full menu with a variety of authentic Swedish cuisine from pickled herring and fruit soup to meatballs. As soon as we walked through the front door, we were greeted with endless Dala horses, Swedish flags and novelties, Andersonville-themed decor and more.

We indulged a bit here and ordered the “Viking Breakfast,” which included eggs, limpa rye toast, Swedish falukorv sausage, Swedish-style fried potatoes and two Swedish pancakes served with lingonberry jam; the Swedish meatballs smörgåsar (an open-face sandwich) and an extra order of Swedish pancakes. If you’re looking for an authentic cuisine in a homey setting, we highly recommend dining here.

Visit the Swedish American Museum, a staple in the Andersonville neighborhood.

From blocks away, you easily can navigate to the Swedish American Museum: Just look in the skyline for the water tower with the Swedish flag painted on it. After being torn down in 2014 because of water damage, the beloved structure returned after the Swedish American Museum raised $165,000 to build a new one on its roof. We checked out the current featured exhibits and the museum’s mainstay exhibit, “The Dream of America: Swedish Immigration to Chicago.” This exhibit explores the struggles of Swedish immigrants leaving behind their homeland, the voyage to the United States and settling in Chicago. Special exhibits included, “Outside the Lines: Comics from Sweden to Chicago,” “Astrid Lindgren: To Play is to Live,” and our favorite, “Dreams of a Swedish Summer by LaManda Joy.” The museum was one of our favorite stops in the neighborhood and a great site to see for all ages. Plus, admission is only $4 per adults and $3 for children/students/seniors.