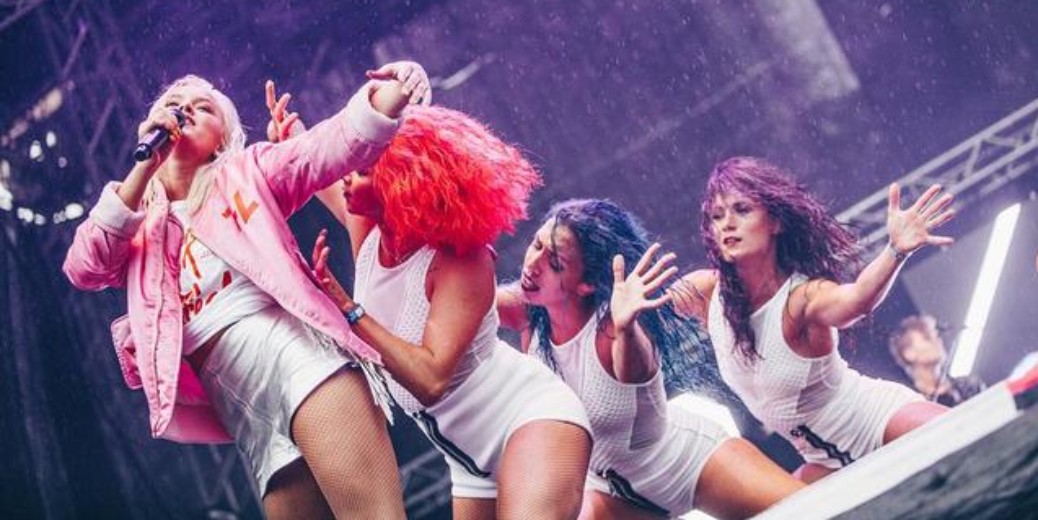 She’s talented as hell. She says what’s on her mind. She’s a sassy Swede.

Larsson’s rise to fame started more than a decade ago when she won “Talang,” Sweden’s version of “Got Talent,” with a cover performance of “My Heart Will Go On.” We’ve written about some of our favorite tracks and how she’s so dang relatable, but how did the Swedish superstar get to where she is today?

Zara Larsson was born in Sweden in 1997 to a regular, working-class family. Larsson attended a regular primary school for her early years, but things changed once she got her first taste of musical success. When she was 10, she won “Talang” and took her winnings to travel to the United States to meet with record labels.

“But they weren’t interested, nothing happened, and I was so disappointed,” Larsson said in an interview with the Evening Standard in 2016.

After a disappointing start to her career, Larsson returned to Sweden to enroll in the Royal Swedish Ballet School.

She told the Evening Standard, “I loved the energy at the ballet school. The day was from eight to eight, we danced every Saturday and sometimes Sundays too. I never wanted to leave. We were a family, we had so much fun.”

She continued her stint at the Royal Swedish Ballet School until she was 15. Then, she transferred to Kulturama, an art school in Stockholm, before landing her first record deal.

You know if you win a talent show belting out one of the most famous love ballads of all time (including those from an iconic legend like Celine Dion), you’ve got pipes. So when Zara set out to find her own voice in her freshman record, her big singles showcased her softer and more vulnerable sounds, while also letting the world know that she had a fun, upbeat side.

Once she saw some initial success, Larsson really saw her international star shine when her single “Never Forget You” started to hit the radio. The track, which featured the British musician MNEK, was a great foray into the dance, synth side of the pop universe.

In the past year, she’s released some FIRE songs – like “Ruin my Life,” “Don’t Worry Bout Me,” “WOW” and “All the Time.” For what feels like years, there’s been talk of her next album, but in an Instagram post at the end of August, she told fans that 2019 is not going to be the year we hear more new music.

There is no denying that this woman has talent. Most of her songs have that catchy, pop hook to them, but her versatile style can ebb and flow – taking more of an edge for a more urban vibe, (like “Ain’t My Fault”) or can become soft for a mellow ballad (see her cover of Rihanna’s “Stay”).

Larsson kicks off a run of concerts in the U.S.  – from Seattle to Tampa – in September. Be sure to follow her on Twitter and Instagram for life and work updates. And we highly recommend watching this Vevo interview, where Zara does the talking about her life, work and artistry.