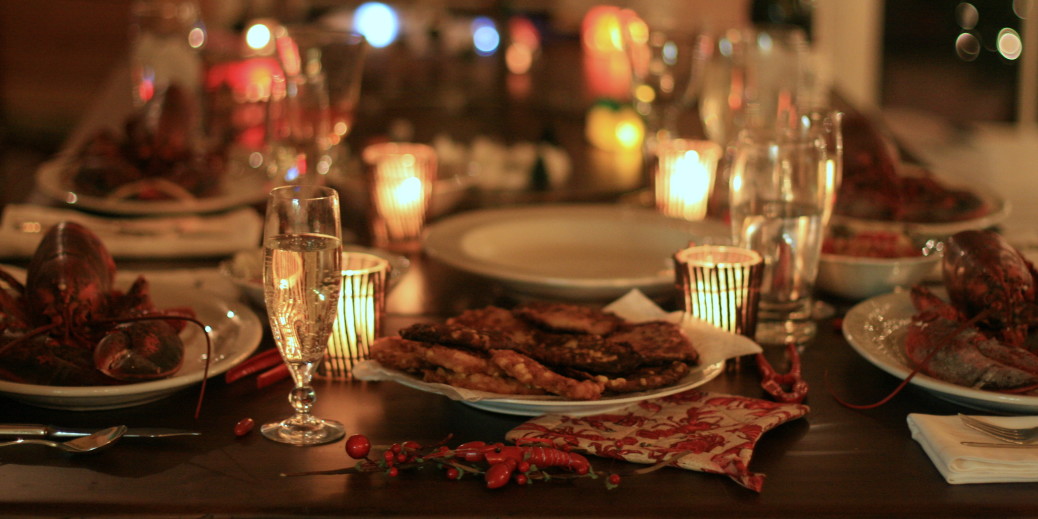 On the heels of an old-fashioned Christmas with immediate family, most Swedes like to ring in the Nytt År with close friends and modern customs.

The custom in Sweden today is to prepare an ostentatious three-course dinner at home for close friends. The dinner has a continental flair; no expense is spared as local delicatessens see a run on lobsters, oysters and other shellfish. There are some interesting traditional foods, however, that are eaten for luck:

Dinner is spent discussing the past year and the year ahead. Resolutions are made at midnight and (as is the tradition in America) broken after a few weeks.

There is no escaping the Television

Sveriges Television airs the 1963 comedy sketch Dinner for One every New Year’s Eve. The most popular contemporary films also are shown along with customary end-of-the-year highlight shows.

At midnight a live broadcast of chiming bells and a reading of Lord Alfred Tennyson’s Ring Out Wild Bells is broadcast from the Skansen open-air museum in Stockholm. The tone is serious, and the custom dates to 1897, when Anders de Whal, a young actor, was called on to recite the poem at a New Year’s Eve party at Skansen.