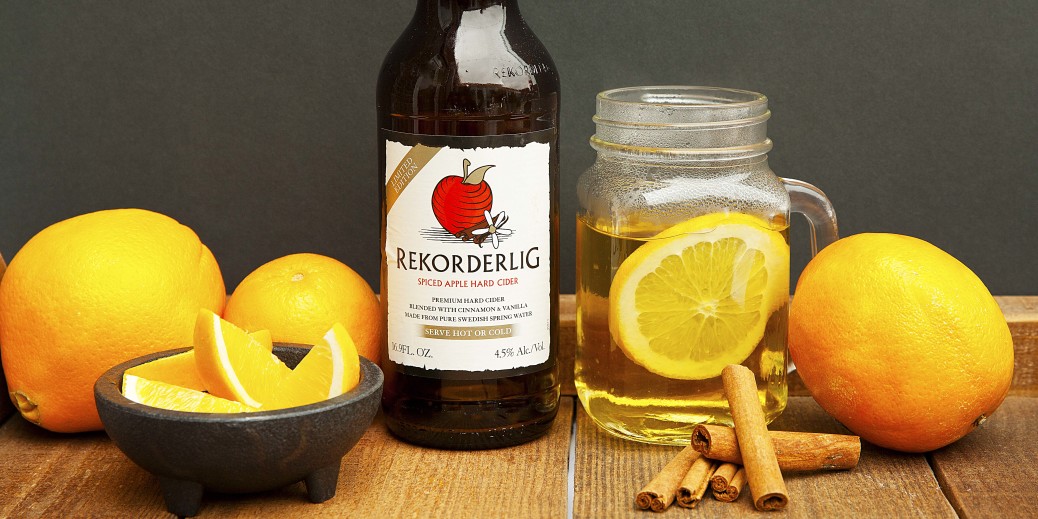 March 10, 2016 The rebirth of hard cider in America over the past five years has brought on a bevy of new beverages.

One that bills itself as hard to say but easy to remember is Rekorderlig, produced by the AB Åbro Brewing Company in the small Swedish town of Vimmerby.

While relatively new to the American market, Rekorderlig is getting easier and easier to remember around the world.

The growing brand made its American debut in 2013 and has grown from its New York/New Jersey introduction to nine states. In 2016, Rekorderlig expects to double its U.S. caseload, from 75,000 to 150,000 cases.

Worldwide, its cider is enjoyed in more than 40 countries. It launched in the United Kingdom, the largest cider market in the world with brands like Strongbow, Woodpecker and Crispin, in 2009 and has become one of the country’s most successful cider brands. Rekorderlig also jumpstarted the cider market in Australia, where cider sales were nearly nonexistent. Thanks in part to Rekorderlig, Australia is expecting annualized growth in cider sales of about 21.5 percent.

In all, the small-town cider brand is projected to produce almost 12 million gallons of cider this year.

What makes Rekorderlig stand out?

Taste, certainly. But it’s also the ties to Sweden and its unique production process that make it a cider that is sought-after all over the world.

Rekorderlig’s cider is made by combining fermented fruit with fresh spring water from Vimmerby. Not only does that add a freshness to the taste, but it also puts a little bit of Sweden into every bottle. The packaged product itself elevates the experience of drinking Rekorderlig. The bottles are simplistic yet striking echoing the motto of the brand, “Beautifully Swedish.” Like many Swedish businesses, Rekorderlig has a minimalistic but flawless approach to cider making and bottling.

It’s been this way since the beginning.

Four generations of Vimmerby residents have grown up with the AB Åbro Brewing Company as it was passed down through the Dunge family. From working in production to packaging to drinking, the Åbro brewing culture is a large part of Vimmerby daily life.

Henrik Dunge, whose great-great grandfather grandfather founded the AB Åbro Brewery, saw an opportunity to break into the cider business when Swedish law increased the amount of alcohol allowed in cider 20 years ago. Yet, something was missing: a partner with an interest in cider.

Enter Anders Nanne, who had a clear vision for a new cider brand that was innovative, clean, crisp and fresh. And the name Rekorderlig? That comes from Anders’ wife Helen. When she was a young child, her grandmother would gently pull her pigtails and fondly call her a “Rekorderlig girl,” a Swedish word meaning trustworthy. For a brand that prides itself in its steadfast Swedish heritage, the name was perfect.

Dunge and Nanne wanted to create a cider that was genuine, like its namesake, but innovative. At the time, the cider market was very one-note. Most ciders were champagne-like with lots of bubbles but nothing out-of-the-box. The duo aspired to put Sweden on the map for cider production. For example, traditional apple cider is common in the winter time, but Dunge and Nanne wanted their product to be versatile: served year-round, mixed into cocktails, over ice, heated, etc.

Rekorderlig produces classic Apple and Pear hard ciders but it is most famous for its fruit blends:  Strawberry-Lime, Passionfruit, Wild Berries and Spiced Apple with cinnamon and vanilla. Each flavor has its own “signature serve,” a way of serving the cider to elevate the experience: Drink the Spiced Apple with a slice of orange, and enjoy the Strawberry-Lime with a lime wedge and sprig of mint.

With its incredible international expansion, Rekorderlig is launching its first global ad campaign – which is a far cry from the cliché red apple being picked at the orchard.

Chilli Marketing agency, Rekorderlig’s global marketing arm, teamed up with London-based Saatchi and Saatchi to produce the ad, “Silver Skaters.” It features two gray-bearded figure skaters gliding across Torneträsk Lake with grace and beauty as their coach looks on and sings a traditional Swedish folk song. It is bizarrely eye-catching, and perfectly embodies “Beautifully Swedish,” combining the beauty of figure skating with humorous, hipster, bearded men and Swedish tradition.

As Rekorderlig continues to grow, it stays close to its roots.

Spring water from Vimmerby. Freshness. Simple packaging. And flavor. It’s a combination cider lovers from around the world can’t get enough of.