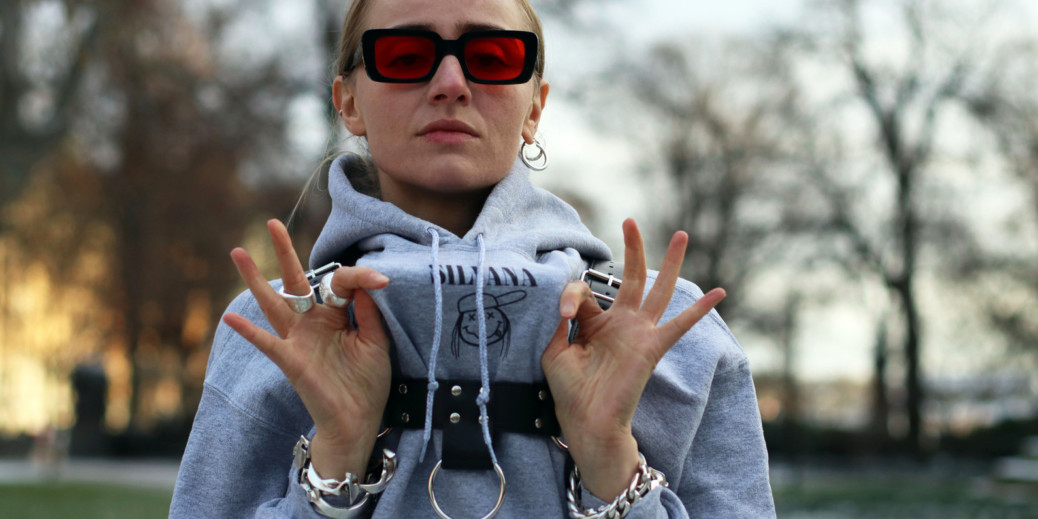 From the look of her, you probably wouldn’t expect Swedish rapper Silvana Imam to be protesting some of today’s prominent social injustices in her lyrics. Topics such as the far-right movement, racism and homophobia all have been laid on the table and served through her music.

On top of it all, she sounds really good as she gets her messages across.

According to an interview with The New York Times, Imam was born in 1986 to a Lithuanian mother and Syrian father who was both a lawyer and a journalist. As a toddler, her family moved her to Czechoslovakia, but because of her father’s far-left political views, her family uprooted their lives and moved to the town of Kiruna, Sweden. Finally, Imam landed in Stockholm, where she attended the University of Stockholm, studying English and psychology, and ultimately realized her passion for rapping.

Just like the other members of RMH, a hip-hop and R&B label that features rappers Erik “Eboi” Lundin and Cherrie, among others, Imam has no problem speaking her truth in her music. One song in particular, “IMAM,” from her first EP, “När du ser mig • Se dig” did just that. The politically-charged chart topper climbed all the way to No. 1 on the Swedish charts and won numerous awards, eventually helping her secure her first Grammi in 2016 for Artist of the Year. A document about her life, aptly titled, “Silvana” also received a Guldbagge award for Best Documentary Feature.

Imam told Marimba Roney with Red Bull, “For me it’s really important that both the music and the lyrics are progressive. Swedish hip hop is quite homogenous. It’s good music, and you know how to move it to it. But for me personally it’s not interesting to do that kind of music.”

In previous interview with Vice, Imam said she writes her songs through a “lesbian-immigrant-woman’s perspective.” She also stated that she doesn’t care that her music is labeled as political, she wants the world to know just how problematic these issues are.

Imam released her latest album, “Helig Moder,” earlier this year and recently launched her own online store with merchandise from her tours.