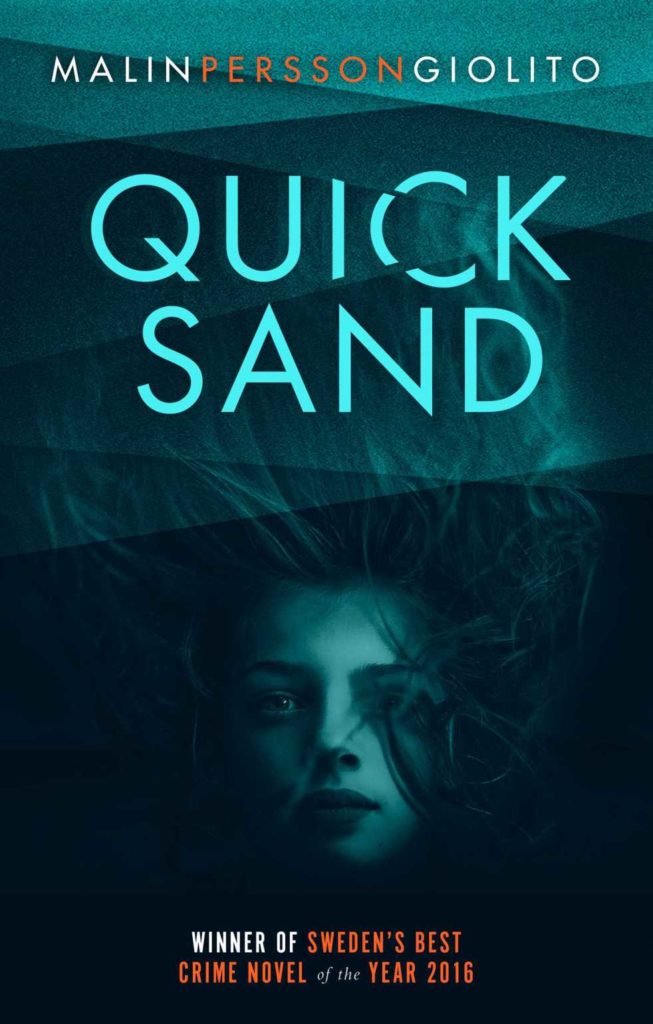 You finish a Netflix binge and are left with a dark empty hole in your soul. Some even call it a show hole. But a burning question comes bubbling up to the front of your brain, “What next?”

And the hunt for a new show begins.

That’s exactly where we found ourselves last week. What’s a binger without a show to binge?

We began doing the research — IMDB, Google, Netflix — and we came across Quicksand, a new Netflix show that hit browsers in April and looked right up our alley. Courtroom drama. Mystery. Slightly dark. (Don’t judge our taste.) And then, GASP. It’s in Swedish and based on a Swedish novel.

We love it when work-life and real-life cross paths.

The downside to this discovery: We’re hardcore believers in reading the book before watching the show it inspired. Taking a break from the screen and diving into a freshly cracked book would be good for us. Thanks to a quick Amazon purchase, the English version arrived two days later and we dove right in.

“Quicksand” is a 2016 novel written by Malin Persson Giolito about 18-year-old Maja Norberg, who is charged for her involvement in a mass school shooting leaving both her boyfriend and best friend dead. Chapters of the novel switch among court proceedings, prison life and illustrating the events leading up to the shooting — over time, revealing the complicated relationships between Maja and the other characters in the novel. In 2016, “Quicksand” was awarded Nordic Crime Novel of the Year, and NPR included it in its “Great Reads” for 2017.

We finished the 498-page book in about a week, and we won’t give anything away, but it is a page turner. Did Maja commit the crime? Did she get mixed up with the wrong crowd? Is someone else at fault? If she isn’t guilty, can they prove it?

If you’re into crime novels, we highly recommend “Quicksand” for an easy, enjoyable read. And stay tuned for our thoughts on the Netflix series; the six-episode first season dropped April 5, 2019.