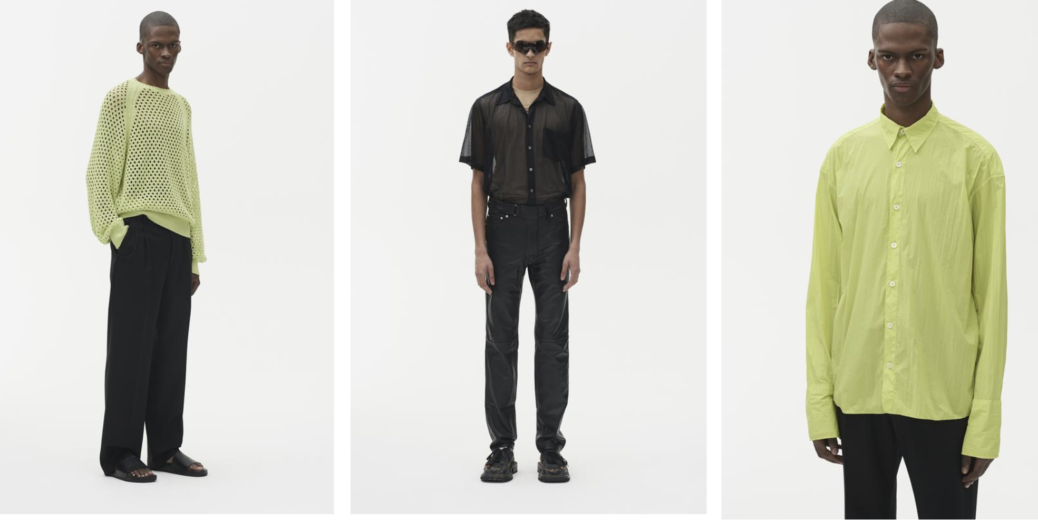 Not too long ago, back in 2012, fashion powerhouse CMMN SWDN was born out of a fashion-fueled relationship between Saif Bakir and Emma Hedlund. The two first met in London in 2004 when studying at Central Saint Martins and London College of Fashion. According to the company’s website, Bakir and Hedlund have had a wealth of experience in the fashion industry, having worked at a series of well-known houses like Wooyoungmi and COS. The duo also worked as head of design for Kanye West in Paris: Setting up Kanye’s studio in Paris is what inspired the duo to start a brand of their own.

CMMN SWDN also states that its apparel appeals to the independent, self-confident individual who is not typically trendy, but aspires to be conspicuous whether it be on the runway, or even out in the streets in our opinion. Its main goal is to create hybrid quality wardrobe staples mixed with pieces that will standout and are progressive.

In 2018, Bakir and Hedlund opened Paris Fashion Week with a highly energetic show and a hybrid pantsuit cut from two similar sartorial fabrics joined with a diagonal scar crossing the upper legs that guest could never forget.

In January, it again took Paris Fashion Week by storm, debuting an eclectic menswear collection with an apocalyptic raver as the protagonist. By using distinct fabrics and pairing pieces like knitwear with tailored blazers, art was brought to life on the runway.

“We go and see every single supplier and feel and touch it,” Hedlund said in an interview with HYPEBEAST. “That’s your raw material, that’s what makes the garments. That’s the most important thing.”

There is a constant play on conflicting elements in CMMN SWDN’s collections that are combined and unified to create a balance.

“It’s about the beauty of imperfection and how garments that have been used and have been handed down can have a beauty in them,” Bakir told HYPEBEAST.

The brand also draws inspiration from youth sub-cultures, fused with the elegance of classic sartorial menswear. With this new image of masculinity, CMMN SWDN has garnered attention from all over the world, securing nominations for prestigious fashion awards including the prestigious Woolmark Prize.

Looking like a runway model rocking this gear will not be cheap. From outerwear to T-shirts, CMMN SWDN has you covered, and prices can run anywhere from around $140 to $1,400. You can stay up on the latest CMMN SWDN fashion trends by visiting its website, Instagram or Facebook.