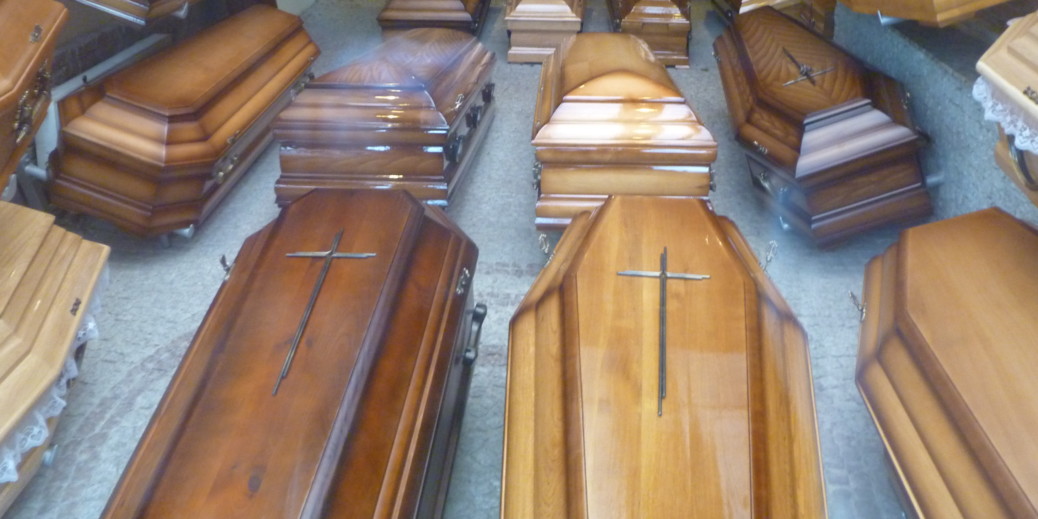 Since its beginning in 1979, the Göteborg Film Festival has grown to attract more 160,000 visits each year. The festival features 450 films from more than 80 countries in a 10-day celebration of film, art and music from around the globe. It’s the largest film festival in Scandinavia and a wonderful opportunity to enjoy a wide range of cultures through film.

This year, the festival takes place from Jan. 25 to Feb. 4. And it features a bit of a morbid twist.

For the festival goers who crave a little more danger in their viewing experience, the festival is inviting volunteers to a special screening of “Aniara,” a Swedish sci-fi thriller, from inside a locked coffin.

Not just any coffin, though. The viewers will watch the film “trapped” in what festival organizers describe as a “custom-made sarcophagus,” which The Hollywood Reporter confirms comes complete with a screen, speakers, air vents and a panic button. The festival has appropriately dubbed the experience “the world’s most claustrophobic cinema,” becoming an early front-runner as the most weirdly enticing offer of 2019.

Granted, one would have to be an extreme cinephile to seek out such an experience, but perhaps the movie itself sweetens the deal. From Swedish directors Pella Kågerman and Hugo Lilja, “Aniara” follows the passengers of a spaceship that gets knocked off course on its way from Earth to Mars. The post-apocalyptic thriller explores themes of isolation, despair and human existence, so why not lock yourself in a coffin to watch it?

Among the frightful aspects of this unique screening lies quite an organic approach to experiencing and understanding the state of modern cinema. The film is an adaptation of the Swedish Nobel laureate Harry Martinson’s 1956 poem of the same name. Viewers brave enough to lock into the custom sarcophagus will have taken part in a profound demonstration of Swedish literature and its evolution through film.

Screenings of “Aniara” will take place from Jan. 27 to Feb. 3. Visitors must register for their chance to buy a ticket.

The only question is: Are you brave enough?