Pizza with banana and curry? Try Swedish pies at Reds 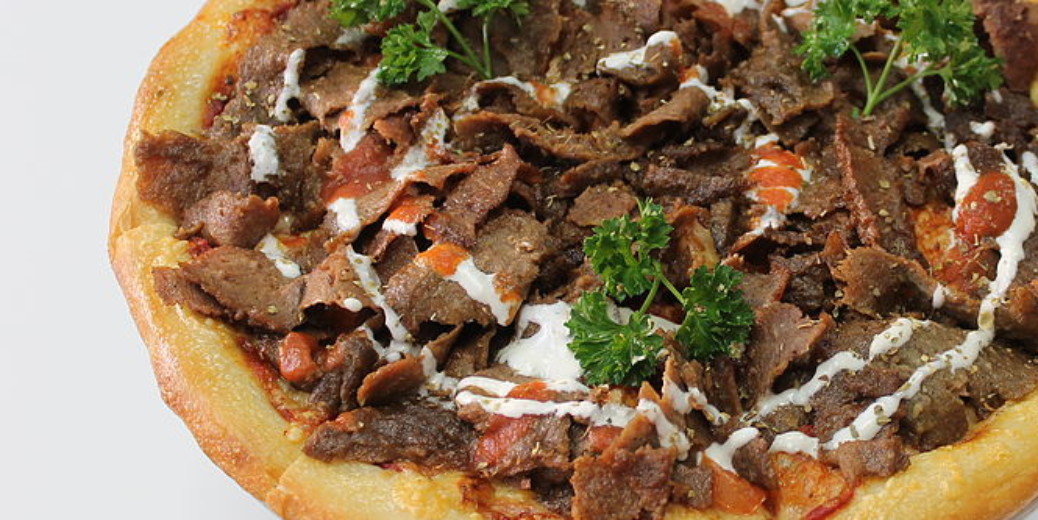 All photos via Reds Pizza

Pizza with banana and curry? Try Swedish pies at Reds To learn more about what makes Swedish pizza Swedish, we caught up with the man, the myth, the Swedish pizza legend: Alec Cartio of Los Angeles.

Cartio owns the popular Swedish pizza Reds with his brother Cameron. He immigrated to Sweden with his family in 1986, settling in Malmo. It was there that he had his first bite of Swedish pizza as a teenager.

“The first bite you took, it was an instant hit,” Cartio said. “Sweden has grown to love Swedish-style pizza. [In the 90s] it was an absolute phenomenon. Like when sushi and frozen yogurt hit the American market.”

Swedish pizza features kebab meat and a creamy garlic sauce on a thinner crust. Cartio might be its biggest fan.

After high school, Cartio moved to Los Angeles to study cinema and theatre. In the early 2000s, he began directing commercials and music videos for a variety of artists, including many Iranian performers. When the musicians toured in Sweden, they would come back to the United States and express their love for the pizza to Cartio. Cartio missed the pizza, too, and wanted to taste the unique flavors he couldn’t find in California.

“We knew we had to bring kebab pizzas to the U.S.,” Cartio said.

Cartio worked with his brother, a professional chef, to open Reds in Santa Monica in 2014. To prepare, they called doner kebab makers, food manufacturers and other cooks on how they would replicate the taste in America. Ultimately, they decided to make all the ingredients from scratch.

“It took us experimenting four to six months,” Cartio said. “How to make it, grind it. The taste itself. The cooking method.”

Cartio named the restaurant after his favorite color – red. When the brothers opened on January 15, 2014, they had a steady stream of Swedish ex-pats living in the Los Angeles area coming by to check out the menu. Word spread because of the vibrant Swedish community in the LA area, and the place was packed for a grand opening 10 days later.

There’s the Prusia with shrimp, mushroom and ham, or the Montrose, featuring banana and curry. For customers looking for a more traditional Swedish pizza, try the Madison with doner kebab and garlic. Cartio named the pizzas after U.S. cities and popular names. He didn’t want Americans to have trouble pronouncing the Swedish names.

“Our No. 1 goal is to bring Swedish pizza for American people,” Cartio said.

Reds has become such a hit that Swedes from his hometown of Malmo have started to ask Cartio when he’ll open a Reds in Sweden.

For now, Swedes will have to settle for visiting his location at 707 Pico Blvd in Santa Monica.