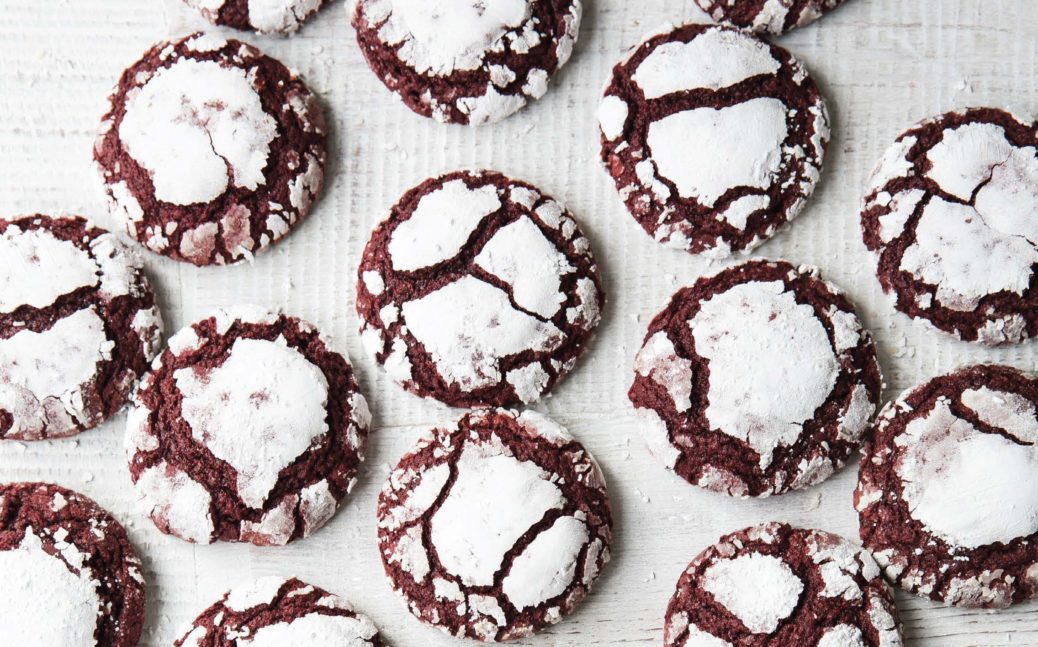 But first she had to translate the recipe. The Swedish language wasn’t the barrier, since, after all, der Nederlanden was born and raised in Sweden.

Instead, she had to decipher what her grandmother’s use of personal items in her kitchen would mean for modern bakers.

“The measurements were a little vague; when she says use a cup, that was her coffee cup,” said der Nederlanden, taking a morning break in her home outside San Francisco, far removed from her home village.

Not helpful was that her grandmother did everything by sense and experience as she mixed together the spices and other ingredients that flavor pepparkakor.

“She’d taste the dough, and she’d feel the dough until it was just right,” der Nederlanden said.

Today, freshly updated for use with standard measuring cups and spoons, the family’s pepparkakor recipe has a starring role in one of der Nederlanden’s first solo cookbooks, aptly titled Holiday Cookies: Showstopping Recipes to Sweeten the Season.

Flip through the pages to discover treats that celebrate spices, Christmas classics and so much more, with each cookie so tantalizingly photographed that you’re ready to take a bite. If that isn’t enough to motivate you to pull out the sugar, flour and mixing bowls, then you’ll be grabbed by the tips or personal insights from der Nederlanden that accompany each of the 50 recipes.

As she explains in the book, the pepparkakor recipe – highlighted on a chapter on Christmas cookies from around the world – was handed down from her grandmother to her mother when she was newly married and moved away from home. The recipe has been part of family tradition for 75 years.

“The cookies carry a hint of spice from the ginger and black pepper, but mostly they taste caramel-sweet, and I can’t imagine a Christmas without them,” she writes about these thinly rolled cookies, traditionally cut in shapes such as wreaths, goats and pigs.

Der Nederlanden knows her own way around the kitchen, as she transitioned her culinary training into recipe development and food styling, an interest she first explored during her school externship. Not surprisingly, every cookie in the book was baked by der Nederlanden, whose niche is preparing foods for their moment in front of the photographer’s lens. She has cooked and styled every dish imaginable – ensuring that a recipe will turn out exactly right in a home kitchen – for hundreds of cookbooks and product packages.

But baking remains her first love, even working in a bakery back home for several years. At Christmas, rich smells and tastes work to bring the spirit to life. In her native Sweden, food becomes a common language for celebration.

“There are a lot of get-togethers, so you offer baked goods to everyone who comes by,” she said.

Since the evening darkness would come so early in October and November, driving folks indoors, her family would spend those hours baking and filling the freezer with treats for visitors once the Advent season begins, usually at the start of December. Plus, many spice-laden baked goods benefit from being set aside for a bit to let those flavors truly meld.

“We’d write ‘Merry Christmas’ on them and hang them in the tree,” der Nederlanden said. “Sweets ended up being part of the decorations of the house.”