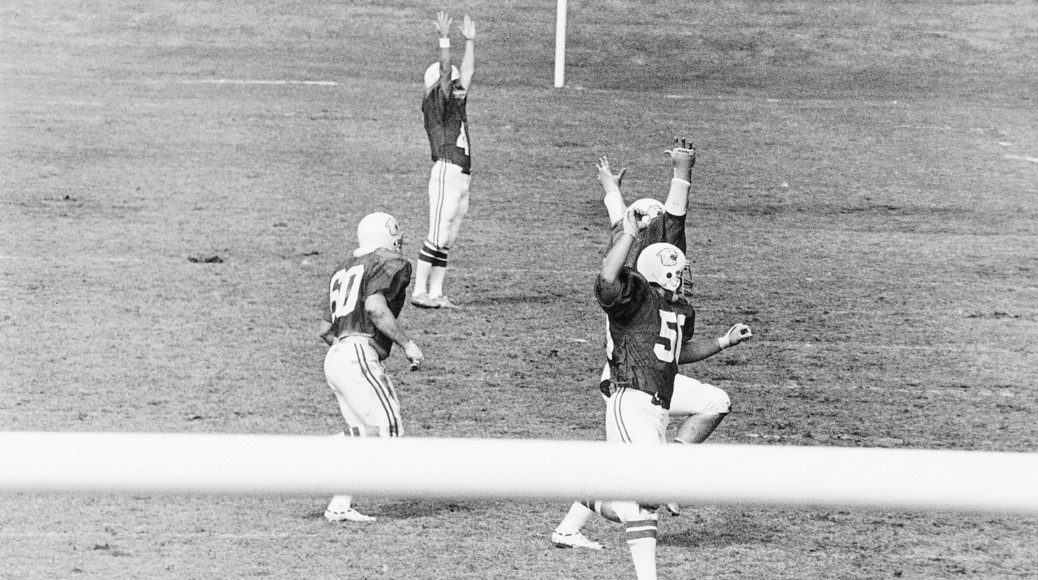 Editor’s Note – We caught up with Ove Johansson this week and will be sharing his full incredible story in an upcoming feature.

Who’s the oldest player to be taken in the NFL Draft? If you said Swedish-born Ove Johansson then you are correct!

Quarterbacks Chris Weinke and Brandon Weeden may come to mind, but it was Ove Johansson, a Swedish kicker out of Abilene Christian University who was 29 when selected by the Houston Oilers in the 12th round of the 1977 draft.

Johansson had made waves during the 1976 season when he kicked the longest field goal in football history – a 69-yarder against East Texas State on Oct. 16, 1976.

In an interview this week, he said there were a lot of scouts watching him during his one season at Abilene Christian and a lot of teams calling leading up to the draft. Johansson thought he would at least get a tryout with an NFL team, but he waited by the phone until the Oilers called.

“It was so exciting just to know,” Johansson said from his Amarillo, Texas home of being drafted.

Johansson, who was injured in the East-West Shrine Bowl before the draft, never played for Houston but suited up for the Philadelphia Eagles, becoming the first Swede to play in an NFL game and making one of his four field goal attempts.