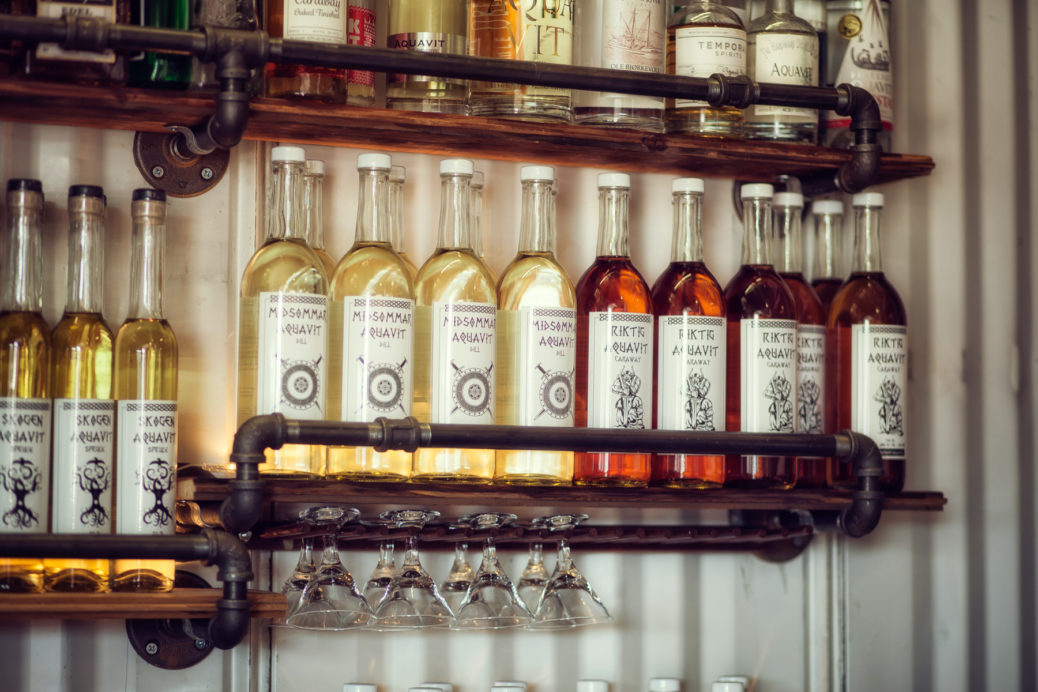 The stills have been removed from Old Ballard Liquor Co., but you still can get a taste of select Old Ballard aquavits from the owner’s private stash – at least until that stash runs dry, which might be as soon as the end of the year.

With Washington’s liquor laws making it challenging for craft distilleries, Lexi – a local known only by her first name – opted to convert the historic Seattle space from a distillery to a bar that features Scandinavian food and beverages.

For the drinks menu, she’s brought in aquavits from Oregon, Minnesota and beyond, including a notable selection, of course, from Sweden. Many of the cocktails feature aquavit or other spirits that had been previously distilled on site, and there are still customers who seek out the Old Ballard label. Lexi closed down the distillery for a month to retool the space, which is located in an industrial area that – like in many inner cities from coast to coast – is witnessing a rebirth with hot restaurants, apartments and hip fresh shops. The nearby waterfront is part of the appeal.

Reopened in late August as a 16-seat restaurant, Lexi has replaced the inventive Scandinavian small plates offered at its former tasting room with a food menu rich with traditional options, including everyone’s favorite: Swedish meatballs. The bar is open FridaySunday.

As for the future of the Old Ballard liquor brand, stay tuned. Lexi hasn’t ruled out its return, but for now “it was time to do something different.”