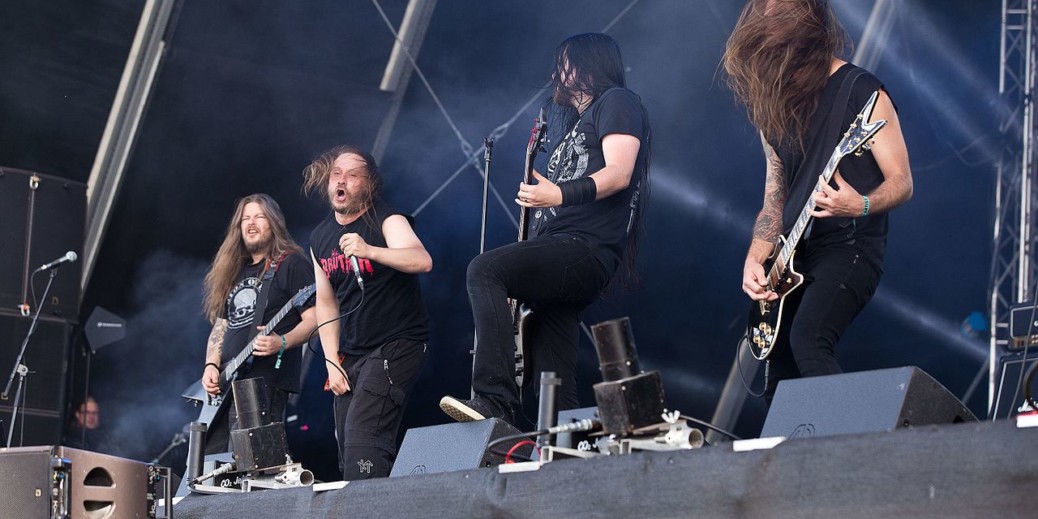 In the realm of heavy metal, Swedes have taken the underground to international stage  ̶  and if you know the genre, you know Swedish heavy metal bands are revered among its fans.

Swedish bands were pioneers of modern death metal and even the “buzzsaw” guitar tone that defines it. The genre is so ingrained in the country’s musical identity that its community has even encouraged metalheads to write to IKEA requesting the retailer play it in their stores (IKEA or Death is a fun distraction, quizzing your knowledge of IKEA product names and/or heavy death metal groups).

Swedish metal first came about in the 1980s alongside U.S. metal bands like Metallica and Slayer. While their Norwegian neighbors grew in the black metal scene, Swedish artists became known for their clean, technical notes in death metal.

The genre has changed with the generations playing it, but is still widely identified by its roots in Gothenburg and Stockholm. Gothenburg’s melodic counterpart to Stockholm’s raw sound bred the artists that defined Swedish metal internationally.

Influences from the Gothenburg scene spread past Sweden, coining the term “Swedecore” for Scandinavian metal played by non-Nordic bands. Artists like At The Gates, Dark Tranquility and In Flames are cited as originators of the modern style characterized by fast harmonic riffs, heavily distorted guitars, double-bass drum patterns and harsh vocals. These artists developed the melodic “melodeath” metal scene with the United Kingdom’s Carcass, but the Swedish contributions largely are responsible for the genre’s popularity.

Other noteworthy old-school artists like Dismember and Grave contributed to the modern genre, influencing popular current bands like Sweden’s Watain and the American metalcore of Killswitch Engage.

To help you ride into the weekend on a high, albeit distorted and hardcore, note, here are a couple of heavy metal tunes to get you going.