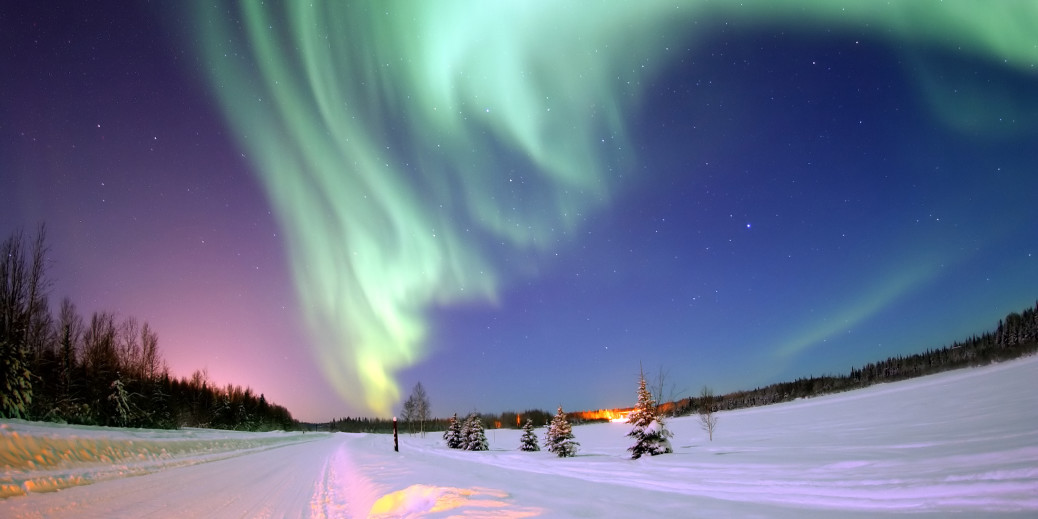 The colossal crash of color that illuminates the arctic horizons this time of year has for centuries enrapt the mere mortals beneath.

Set to the sweeping, chaotic score of a Wagnerian opera, the Northern Lights explode in the night sky, as if a polar rainbow had burst, and the reds, blues, yellows and greens that had been kept so orderly for so long finally were allowed to run free with wild abandon. From September through March, the night sky stages a kaleidoscopic show, and many Swedes – like the generations before them – have a front-row seat.

Scientists tell us that the cascade of vibrant color that fills the northern skies is due to collisions of gaseous particles in the earth’s atmosphere – 50 to 400 miles high – and that different types of gasses are what create the variations in color.

But ancient Swedes conjured other ideas.

Some people in the northern part of the country believed that the dancing colors were created by huge shoals of herring in the northern seas. They reasoned that the reflection of the herring, swimming just below the surface, was bouncing off the moon to ignite the sky. Legend had it that the more spectacular the show, the more bountiful the catches would soon be.  Meanwhile, farmers believed that an active season of the Northern Lights portended particularly good crops come the following spring and summer.

In Lapland – the swath of northern Sweden, Norway and Finland north of the Arctic Circle – the Aurora Borealis evoked a special reverence. The Lapps believed that the lights were the energies of the souls of their ancestors.  During active light storms, people were to behave solemnly and respectfully. Those who didn’t could incite bad fortune, including sickness and death.

Today, the phenomenon takes on a mostly aesthetic or adventurous appeal, and certain venues throughout northern Sweden have become particularly attractive vantage points for watching the celestial extravaganza. So tug on your Lovikka mittens and a pair of Happy Socks, and come along with us on a tour of some of the best spots in Sweden to enjoy the show.

Jukkasjärvi. Skyscanner, one of the leading global travel search sites, ranks Jukkasjärvi, just 200 meters from the Arctic Circle, as one of the six best places in the world to catch the lights. And it’s not simply by virtue of its geographic location in the Kiruna region of Sweden. Once there, you can book a night flight for an even closer in-sky experience or take a tour of the Esrange Space Center, where you can peer into Sweden’s heavens even when the lights are taking a night off.  And Jukkasjärvi also boasts the country’s first ice hotel, constructed of some 1,000 tons of ice and another 30,000 tons of snow and ice. The 5,500-square-foot inn is open from December until it starts to melt in mid-April. Some 50,000 people trek to Jukkasjärvi each season to take in the lights.

Abisko.  To increase your chance of seeing the AB, many recommend heading a bit farther north into the mountains where the skies are clear and light pollution low. One popular destination is the Aurora Sky Station in Abisko National Park, which Lonely Planet dubbed the world’s most illuminating experience in 2014.  Bundle up, and grab the 20-minute chairlift to the observation tower. If you spend three days in Abisko, you have an 88 percent chance of seeing some sky-borne choreography.

Luleå. The tiny coastal village of Luleå is big on hospitality, and Northern Lights hunters regularly make a pilgrimage to the home of the Aurora Safari Camp and Gammelstad Church Town, a UNESCO World Heritage Site that boasts a replica of a bygone Swedish Lapland town.  There are snowshoe walking and dinner tours to take in the lights, and for the even more adventurous (and sturdy), hop aboard a dog sled tour, some of which are of the overnight variety. They’ll even teach you how to drive.

Throughout northern Sweden, the wild yonder is more than blue. Until you can see them with your own naked eyes, here’s a video taste of three years of Northern Lights in the skies over Abisko.