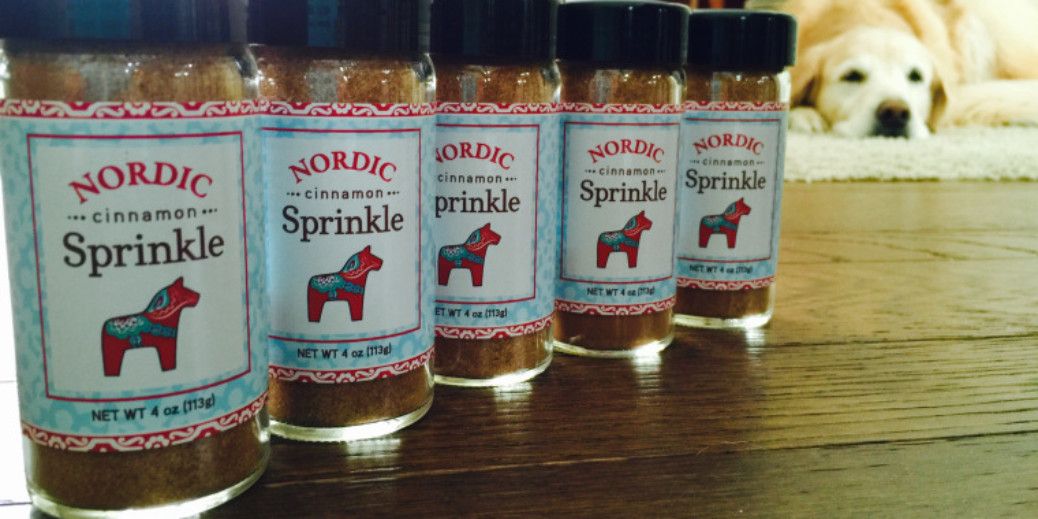 Karin Miller grew up in Minneapolis on homemade goodies sprinkled with a dash of cinnamon and sugar and baked by her grandmother Iris. Her childhood was often filled with touches of Scandinavian influence: Iris was Norwegian, and her grandfather was Swedish.

After Iris passed away when Miller was in the ninth grade, she kept her grandmother’s memory alive by making the familiar cinnamon and sugar blend for family and events. Her siblings constantly joked with her to see if she would ever sell the spice to the public.

“Someday I’m going to bottle this up and sell it; nobody else is doing this,” Miller remembered.

It was a family member who finally encouraged her to take the leap. When her uncle was in hospice care, he asked her what was holding her back. She promised him she would give it a try.

Miller eventually landed on a blend of sugar, cinnamon and vanilla that became Nordic Cinnamon Sprinkle. The final step was designing a logo for the new brand, which proved difficult when everyone came back with high costs that were cost prohibitive to the new small business.

“My kids downhill ski,” Miller said. “I was at a ski meet talking to another mom about the project. The mom asked: ‘What’s your hang-up?’” 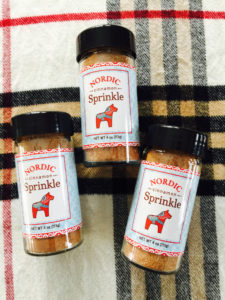 The mom happened to be Susan Peterson, a graphic designer in the Minneapolis area. Peterson offered to do the project for free to help Miller get Nordic Cinnamon Sprinkle to market. The Dala horse in the logo is an ode to Miller’s grandfather.

Miller launched Nordic Cinnamon Sprinkle two years ago. The Scandinavian-inspired blend is available in nearly 15 stores, mostly in the Minneapolis area, and is sold online through an Etsy shop.

“Our sweet spot is to connect with people who have a Scandinavian heritage,” Miller said. “My clients are the people who want to continue the heritage of their family. They will say, ‘My grandmother used to always make something like that.’ It reminds people of their time with their mom.”

Miller enjoys the challenge of running a small business and the opportunity to teach entrepreneurship to her daughters. It’s also strengthened her connection to her Scandinavian heritage.

Learn more about Nordic Cinnamon Sprinkle at the company’s website or purchase a bottle for $8 at Miller’s online Etsy store.