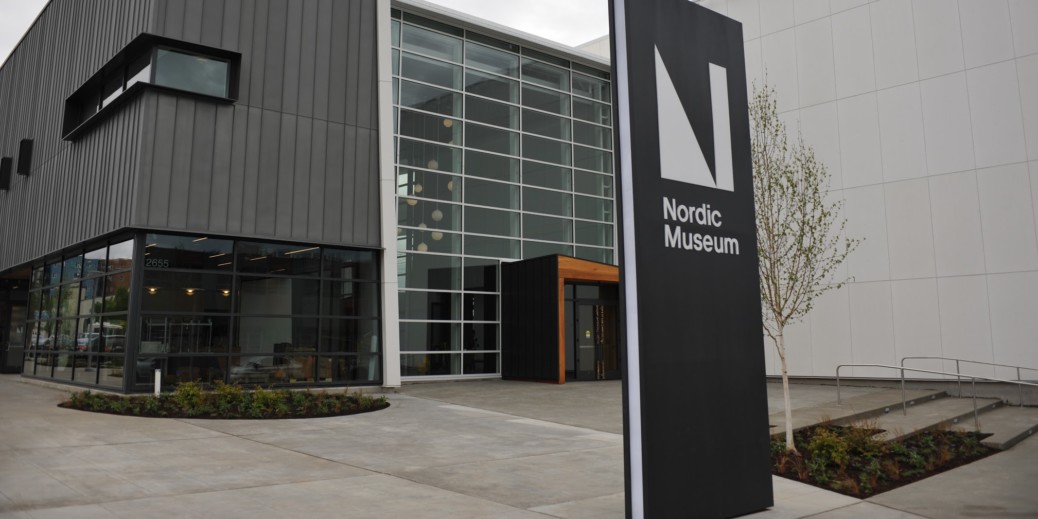 Courtesy of the Nordic Museum.

Swedish history and culture have their very own niche, but understanding the Swedish nation also means understanding its place within the broader Nordic way of life.

At the Nordic Museum – which moved into an architecturally acclaimed new facility last May – you can do just that.

Located within the heart of Seattle’s Ballard community, the museum showcases 12,000 years of Nordic history, exploring and weaving together the narratives of Denmark, Finland, Iceland, Norway and Sweden and their peoples. If that isn’t enough, you’ll also find a taste of Sápmi, Greenland, Áland and the Faroe Islands.

“The museum has really given this area a rebirth in a lot of different ways,” said Eric Nelson, chief executive officer of the museum since 2008. And with so many different cultures to interweave, “We’ve been able to strike a very good balance. We’re both blessed with and cursed with working primarily with five Nordic nations.”

The permanent exhibition “Nordic Journeys” is the starting point, as it expands the “classic immigration story” to bring in elements of 11,000 years of life and culture across those nations. The exhibition builds on the museum’s own collection with more than 100 objects on loan from museums in those five Nordic countries, as well as the United States. Within that story, visitors will see Viking-era rune stones to 20th century design – and everything in between.

History and art are the foundations of the museum offerings, but its leaders also are nurturing a community that extends far beyond the gallery walls. The museum features education space and programming, along with a café, Freya, that serves Scandinavian-inspired cuisine. Those elements meld together in different ways, such as a Nordic film festival that features a pre-show dinner at the restaurant.

Now the largest of its kind in the United States, the museum first opened its doors in 1980 in a former schoolhouse nearby. Since its beginning, the museum has focused on honoring the legacy of immigrants from the five central Nordic nations.

The $45 million facility was designed by Seattle’s Mithun architects, in conjunction with renowned Finnish architect Juhani Pallasmaa. As a showplace for objects both in its 77,000-item collection and visiting exhibitions, it’s not surprising to work through every gallery and public space to find elements of Nordic design and materials. The centerpiece is the Fjord Hall, whose walls spring up to create craters not unlike its natural inspiration. Continuing that vibe are vaulted ceilings and skylights that draw in natural light and openness.

The vision for the new museum was sparked in the late 1990s, when the former leader recognized the need for a “purpose-driven building that was built to be our permanent home,” Nelson said. The original museum, which traces its roots to regional Nordic Festivals, was housed in a surplus elementary school that over time had become “more of a liability than an asset” for the long-term vision, he added.

Before it even opened, the Nordic Museum earned a spot in a call-out for Seattle in The New York Times’ “52 Places to Go in 2018.” And The Wall Street Journal mentions the museum among its annual travel destinations for 2019. In its earlier review of the new space, the newspaper called attention to “a few concepts that are hard to define in English but important to Nordic culture, such as ‘sisu,’ a Finish concept of resilience, determination and gutsiness, and ‘hygge,’ a Danish blend of coziness and conviviality.”

The design provides the framework for museum leaders to focus their presentation of Nordic cultures around four key themes: A connection to nature, social justice, innovation, and openness and transparency.

“We tell our stories through those lenses,” Nelson said.

The U.S. museum has deep lending relationships with leading museums in each country represented, including the National History Museum and Nordic Museum in Stockholm.

From its inception, the museum also has worked to weave in the continued stories of Nordic immigrants to the Pacific Northwest and continued interpretations of modern art and culture. That has allowed it to broaden its appeal to different audiences, Nelson added.

Today’s lifestyle is just as important as digging into these nations’ origins. The modern Swedish crime novel inspired the “Swedish Crime Scenes” exhibition, hosted in 2017, that presented 21 authors in a way that gave visitors not only insight into the genre, but also the country’s geography and landscape. Not surprisingly, the museum hosts a literature series, among other special events.

A Nordic culinary conference series launched in 2016 bringing in Swedish chefs such as superstar Magnus Nilsson and Titti Qvarnström, co-owner of Bloom in the Park and the first female chef in her country to earn a Michelin star. On Feb. 14, its Scand30 series – monthly free half-hour lectures by University of Washington Scandinavian Studies professors – looked at Swedish film history through sciences from its greatest love stories from the silent era to now. The museum’s Mostly Nordic Chamber Music series will feature the sounds of Sweden with “Song of the Heart” on June 9.

“We’re looking to inspire our kids and our grandkids to learn more,” Nelson said. “It’s been a very special thing for me.”

If you need a Swedish fix

And if you’re looking for a Swedish-only experience in the museum? Nelson – whose heritage includes Swedish roots with a former family name of Neilsson – has three immediate suggestions:

The Nordic Museum is located at 2655 NW Market Street, Seattle, WA 98107. General admission is $15, seniors are $12, students and youth are $10 and members and children four and under are free. For more information, visit www.nordicmuseum.org.