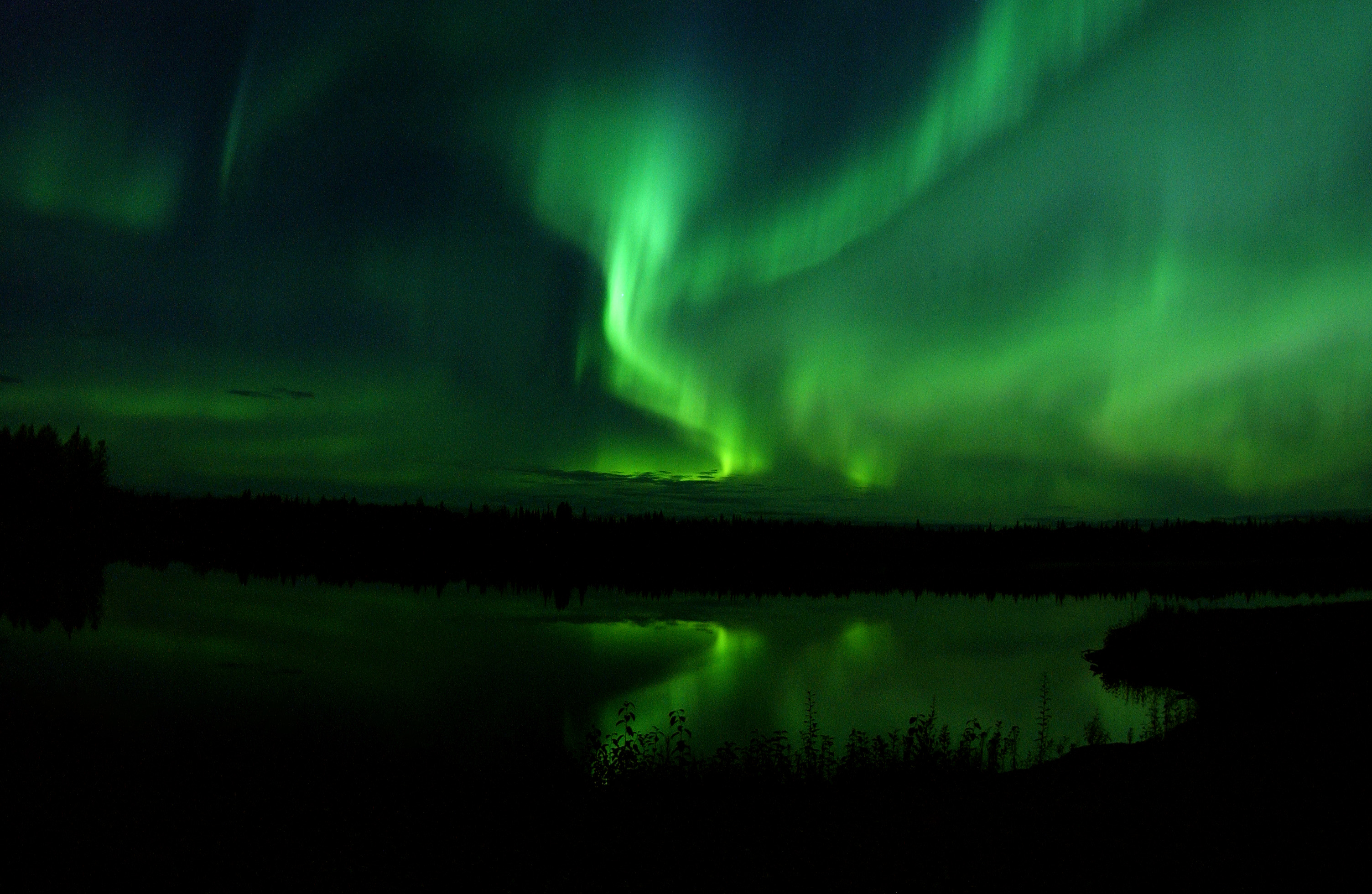 The Aurora Borealis or Northern Lights shine above Bear Lake in Alaska on Sept. 10, 2005. The increasingly long nights have made this natural wonder visible again in the Alaskan skies. The lights are the result of solar particles colliding with gases in Earth’s atmosphere. Early Eskimos and Indians believed different legends about the Northern Lights such as they were the souls of animals dancing in the sky or the souls of fallen enemies trying to rise again. (U.S. Air Force photo by Staff Sgt. Joshua Strang) (Released)