The NOLA Nightingale from Gotland 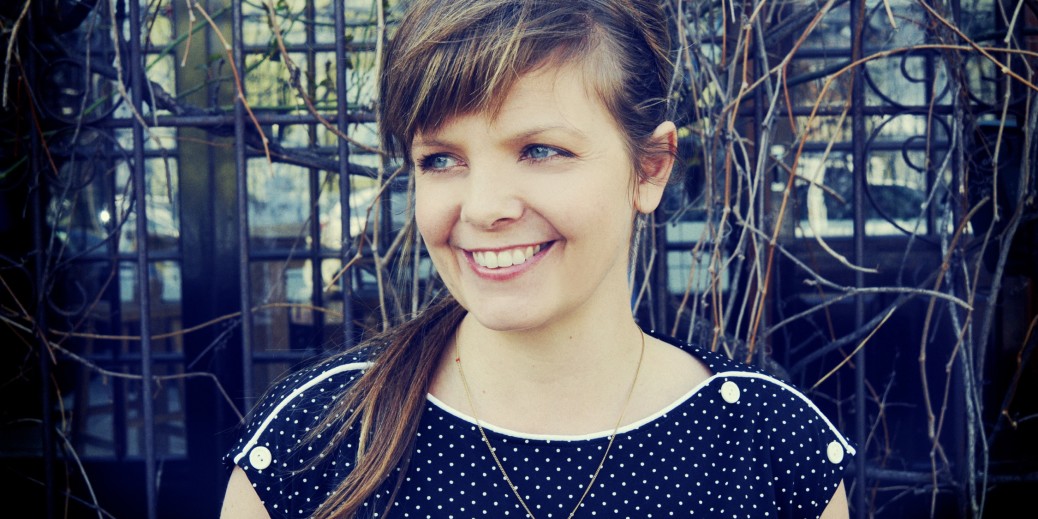 The NOLA Nightingale from Gotland

If you’re ever in New Orleans, be on the lookout for a live performance by Theresa Andersson, a singing, songwriting Swede and musical performer. This one-woman show is known for her top hits “Na Na Na” and “Birds Fly Away,” but even more so for her performances and ability to make music by layering sounds with looping pedals and just about any homemade sound you can think of.

“I use my body a lot to make sounds that I loop to write music,” Andersson told us during a recent interview. “I’ve even used glasses of water filled at different levels to make different pitches during recordings.”

It wasn’t always in this Gotland native’s plan to wow a crowd with her innovative and musical techniques – she’s even made late-night appearances with Conan O’Brien and Craig Ferguson. In this Q&A, Andersson tells us about her career in music, what brought her to the United States and her first experiences as a Swede in America.

When did you move to the U.S., and what brought you here?

Love and music brought me. I moved here on a whim to play music with Anders Osborne It really was a spontaneous decision, I was 18 and remember being accepted into music school, but instead spent six months cleaning buildings to make enough money for a plane ticket. In January of 1990, once I had made enough, I packed up my reindeer-skin backpack, grabbed my violin and flew to America.

Did you experience a culture shock?

There was definitely a culture shock when we arrived. We flew into Chicago before heading to New Orleans, and I was immediately overwhelmed with the city’s fast pace, even the people seemed to be in a hurry. Gotland is such a quiet place, and I found myself missing it constantly.

On our way down to New Orleans I rode in the back seat of a pickup truck down old and bumpy cobblestone roads and thought to myself, “What am I doing here?” For the first couple of years I didn’t talk to many people and was worried they would not be able to understand me. But, I adapted to some drastic differences, like how cold the air conditioning is in every building you enter during the summer, and found myself adjusting to my new home.

When did your music career go solo?

Nine years after moving to New Orleans, I started working on my own projects, messing around with looping sounds from my voice and my violin. I started incorporating different percussion instruments, sounds and really experimented with writing music. In 2007, my first looping album, Hummingbird, Go!, was released; then I was on the road for a few years. My husband, who learned how to do sound, and I toured all over the U.S. and in Sweden for about three years. We were a team, and he really helped me sculpt the show.

Where was your favorite city to tour and why?

I was really testing the waters with my album, not many people were looping music and performing with homemade sounds. Every time I played in Chicago and New York, the audiences really seemed to be getting it. Those were the cities I felt had a much broader musical gambit and tons of venues, but, it was my summer touring in Sweden that was absolutely magical.

Summers in Sweden are filled with so many events and makeshift venues in the most unlikely places. To get to this one show, we drove for hours through the woods – the location didn’t even appear on our GPS. It felt like an old fairytale, and we were trying to find a hidden castle in the woods. Sweden was such a nurturing place for me to test my music, not to mention the people at these shows were (and still are) always so diverse. From hipsters, artists, musicians, accountants, parents and grandparents, all came together and really seemed to be digging the music.

What do you miss most about Sweden?

Aside from the obvious, my family, I miss Gotland a lot. I miss the openness, nature and the minimalistic way of living. I have to visit at least once a year, get my fix, otherwise I feel like something is missing from my life.

Do you practice any Swedish traditions in New Orleans?

Absolutely! I have a 6-year-old daughter I’m teaching how to speak Swedish, and I think it’s crucial for her to know her culture. I sing her traditional Swedish lullabies and other songs as part of our bedtime routine, we read Swedish children’s books and bring home new ones each time we visit Gotland. I also try to incorporate things like Swedish food, St. Lucia, other holidays and of course, try to bring her back home to Gotland as much as possible.

I love playing music for Swedish folks, too. I’ve played for SWEA in New Orleans, the Swedish Club of Houston, Swedish American Chamber of Commerce and more.