7 Things to Know About Nils Lofgren 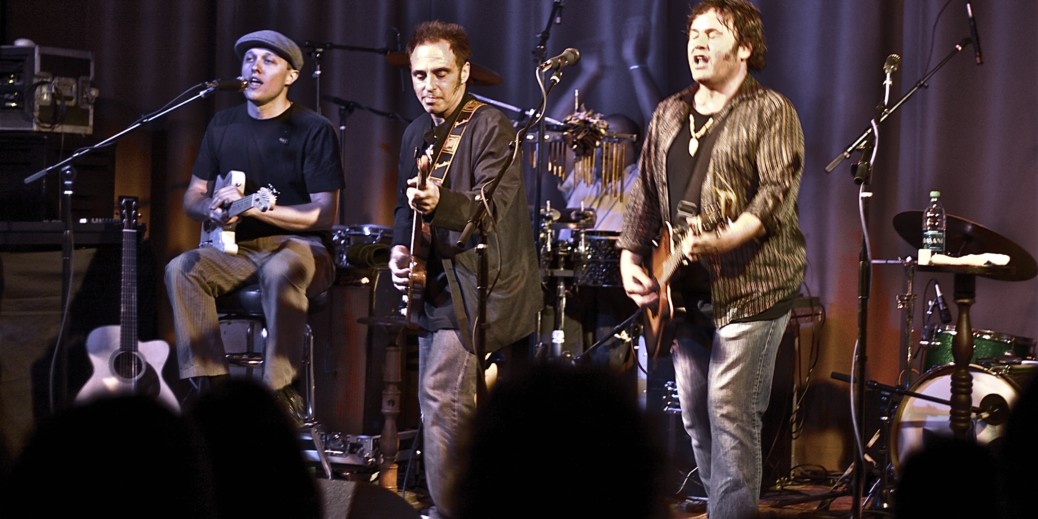 7 Things to Know About Nils Lofgren

If you sat down to draft a list of the top guitarists of all time, you’d start with the standards: Hendrix. Clapton. Van Halen and Keith Richards. Chuck Berry, Prince and B.B. King.

Yet less widely known, but equal in talent to the superstars, is the great Nils Lofgren.

A multi-instrumentalist known mostly for his guitar shreds, on-stage stunts and distinctive backing vocals in Bruce Springsteen’s E Street Band, Lofgren is a third-generation Swedish immigrant and Rock and Roll Hall of Famer.

That induction for Lofgren, 65, came in 2014 – 30 years after joining the E Street Band. Watching MTV with Springsteen in the early 1980s, the two saw a report announcing guitarist Steve Van Zandt was leaving the band. “I said, ‘Man, if you ever want a guitar player, I’d love to audition,’” Lofgren recalled telling the Boss in a 2014 Rolling Stone interview. “He looked at me funny and said, ‘Really?’”

Today, he lives in Arizona with his wife and tours regularly. Here are seven things to know about Nils Lofgren:

He’s in the E Street Band, but he’s got an active solo career.

Though he joined Bruce Springsteen’s now-Hall of Fame band in 1984 for the global Born in the U.S.A. tour, Lofgren has been an active musician (chiefly, guitarist) since 1965, turned professional at age 17 and joined Neil Young’s band a year later, playing piano and guitar. With his band Grin, Lofgren landed his first record contract in 1971. He began his solo career in 1975 with the release of “Nils Lofgren” and has released a total of 25 solo albums.

He’s a regular tweeter, and often takes questions from the audience.

Lofgren has amassed nearly 70,000 Twitter followers and personally communicates on the social media platform, often responding to fan questions about his instruments, favorite shows and songs, or stories from the road. He’s also not afraid to share his opinions and political views. When one Twitter user asked if the Boss would go into politics, he replied: “Great person. Going into politics, never. His words are his power.”

He releases albums on his own label.

Lofgren quietly puts out albums every couple years and has done so on his own label, Cattle Track Road Records, since 1993. They are sold through his regularly updated website, www.nilslofgren.com. “The writing was on the wall,” Lofgren said in 2014. “In the mid-’90s I realized, look, without some hit records and some power to throw your weight around with the companies, you’re lost. Thanks to technology, I realized, ‘Now is the time for me to walk away from that and put out music I’m proud of on a web site’…At the end of the day, I’ve continued to make solo records and release them. The downside is that it’s very grass-roots, and a lot of people might not hear about it. The upside is I’ve kept that kind of artistic freedom that I got kind of spoiled with.”

He’s worked alongside dozens of artists.

In addition to Springsteen, Lofgren also worked with Springsteen’s wife, Patti Scialfa, for her 2004 album 23rd Street Lullaby. Lofgren began his career with Neil Young and Crazy Horse, and since 1970 has worked with dozens of artists such as Bob Seger, Rod Stewart, Ringo Starr and even had his own songs covered by the late Lou Reed.

The largest Swedish-American group, the Vasa Order of America, donned Lofgren with the distinction in May. The Lofgren family originated in Värmland, and the musician’s grandfather emigrated from Sweden to Oregon in 1911. Lofgren was born in Chicago on June 21, 1951, and the family moved to Bethesda, Md., when he was a child.

At age 5, Lofgren was learning accordion.

A musician from a very young age, he studied the accordion for 10 years (and still plays it during some Springsteen and solo shows). He then turned his focus to rock and developed his guitar and piano abilities.

He’s never tired of on-stage acrobatics, which he calls “Rockletics.”

In the early years, Lofgren was known for running and jumping – guitar in hand – onto a small trampoline, then performing a backflip during the song “Rosalita.” Over time, that became a “dive roll” where he’d run across the stage and somersault forward, landing on his back before popping up. The stunt got crazier, turning into a long-jump over both Springsteen and larger-than-life Clarence Clemons. Lofgren and the musicians were later chastised by band management for the “irresponsibly dangerous” stunt, Lofgren recalls, and the dive-roll was shelved…for 23 years. In 2008, with his hips shot and osteoarthritis a chronic pain, Lofgren trained in his Arizona garage to dive roll and brought it back for three E Street shows at Giants Stadium. Later that year, he had double hip replacement surgery. These days, he mostly sticks to a shredding guitar solo while performing a rapid pirouette. For video of his flips and stunts, click here.