In the News: Swedes Celebrating Women 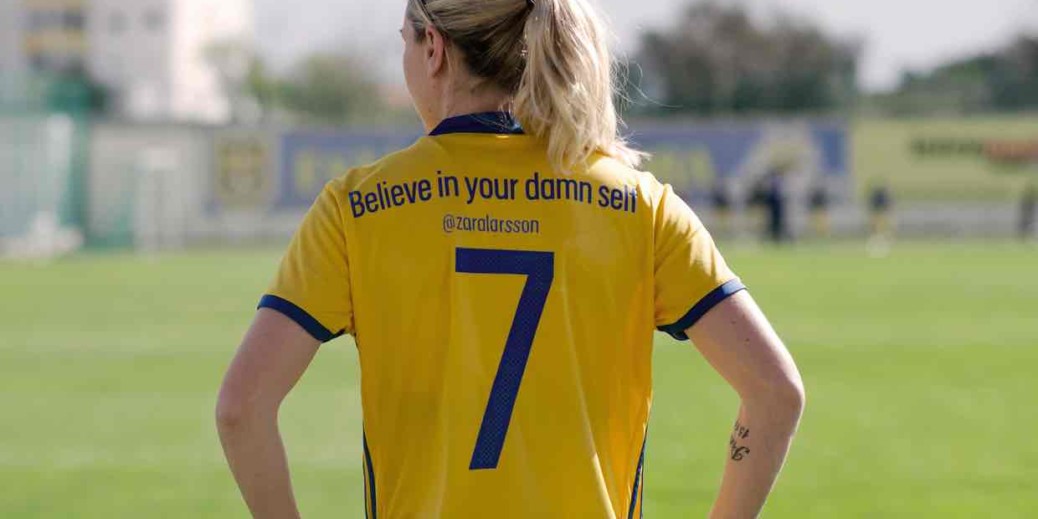 Photo via The Guardian; Photography: Adidas

In the News: Swedes Celebrating Women

Earlier this week, the world celebrated women for International Women’s Day, including the Swedish women’s football (soccer) team. The Guardian featured the team this week when the ladies swapped empowering words to replace their names at the top of their jersey.

Each player chose a message from a prominent Swedish woman to wear on the back of her jersey. Lotta Schelin, the team’s captain, picked a message from Gudrun Schyman, a spokesperson for the Feminist Initiative political party, that said, “Never look down on someone unless it is to help her up.”

We’ve already said it once this week, but #LadyGoals.

Stockholm’s mayor, Karin Wanngård, is taking on climate change, personally. Reuters reports the mayor rides an electric bike to work each morning, wears second-hand clothing and eats less meat than she used to. She’s setting the example for the city – she set the ambitious goal of eliminating all use of coal, oil and other fossil fuels by 2040.

The Best Country for Women in the World

U.S. News and World Report released its annual survey of the best countries in the world and Sweden ranked sixth overall, but it was the top-ranked country in the world for women.

Passport Perks of Being Swede

Nomad Capitalist, a consulting firm focusing on international finance, evaluated 199 countries and its “value of citizenship.” According to results published in this Skift article, Sweden has the best passport value in the world. A Swedish passport allows you to travel visa-free to 176 countries and territories.

Cough, cough – we think Stockholm’s “congestion tax” is an awesome way to be more eco-conscious. This tax is put on vehicles that travel in high trafficked areas – like through the heart of the city. According to John’s Hopkins University, the tax has led to decreased pollution levels, between 5-10 percent, resulting in a decrease in asthma attacks among local children by nearly 50 percent.