In the News: Pregnant? Pee on this new Ikea ad, get a discount 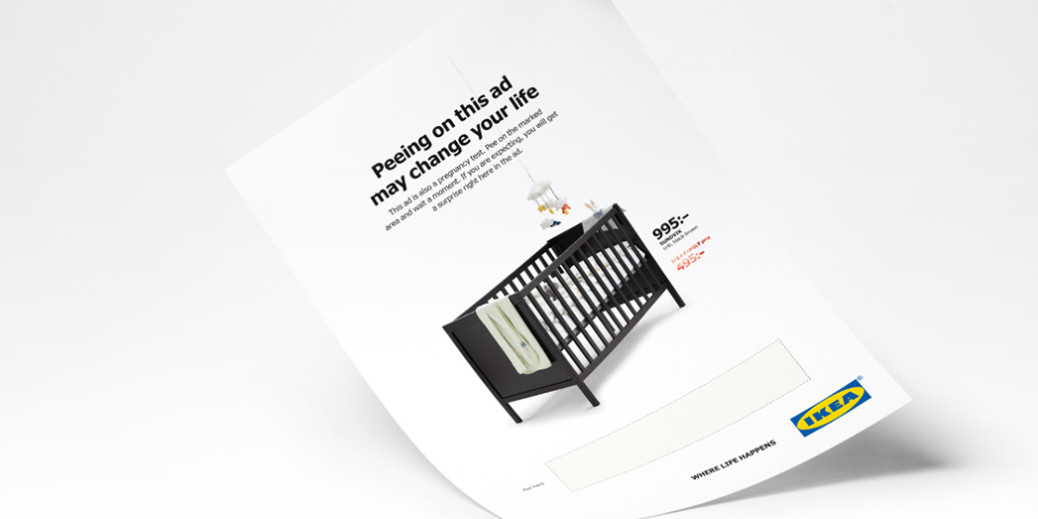 In the News: Pregnant? Pee on this new Ikea ad, get a discount

You read that right. Ikea’s latest ad involves a pregnancy test strip to, yes, pee on. If the strip is positive, women can receive a discount on an Ikea crib.

According to AdWeek, Ikea’s ad agency, Åkestam Holst, is the brains behind the ad that is running in Amelia magazine, one of Sweden’s most influential magazines for women. According to the Washington Post, it’s not clear if women are expected to bring the ad to the store for the discount. Here is a video that explains how the ad works.

Earlier this week, Swedish actor Alexander Skarsgård brought home a Golden Globe Award for best supporting actor for his role as Perry Wright in the HBO series “Big Little Lies.” During his acceptance speech, he thanked the group of talented women who were a part of the show with a special shout-out to Nicole Kidman, according to Entertainment Weekly. HBO renewed the popular series for a second season.

The decluttering trend known as “Swedish death cleaning” remains a hot topic. This week, one writer tried it and shared her experiences, first on LearnVest and then on Forbes. A columnist for the Chicago Tribune wrote about the long-lost gems found around his desk.

The Church of Sweden invests $6 million in tech startup

The Church of Sweden is now a Limited Partner of Luminar Ventures, a $6 million tech startup that will focus on young, digital tech companies. This is the first time the church has invested in a startup. The Church of Sweden already has nearly $1 billion in other investments, and Luminar Venture’s success could mean a big return to the church, according to Business Insider Nordic.