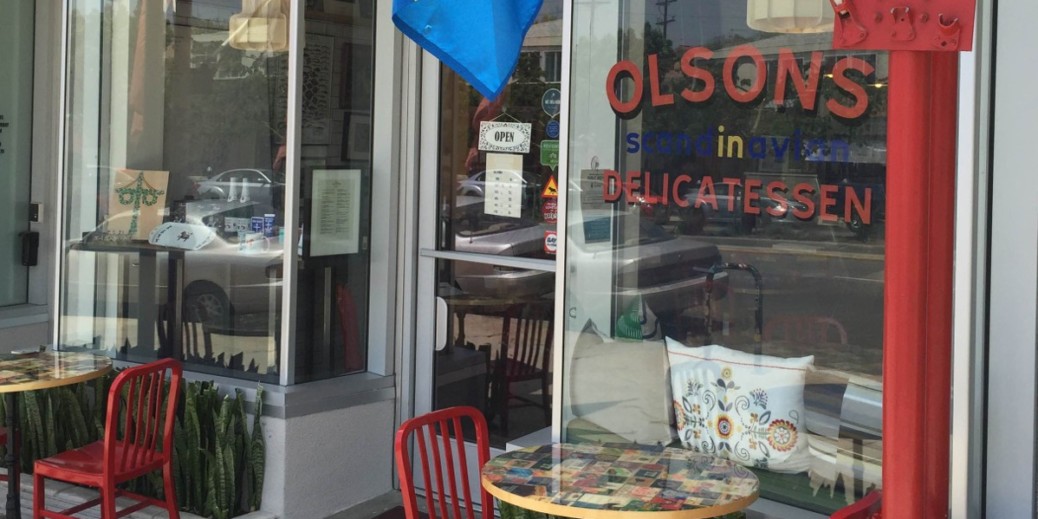 Olsons Scandinavian Delicatessen, a restaurant that has been dishing up Scandinavian foods for more than 70 years, has launched a GoFundMe campaign to stay in business. The current owner tells the Los Angeles Times, “I really haven’t made any money off of this place in six years. I can’t afford to keep supporting it like I’ve been. Rent is too high. Labor is too high. Everything is expensive.”

We spoke to Swedish immigrant and Olsons owner Christian Kneedler a few years back about his experience taking over and expanding the café.

Alexander Skarsgård is teaming up with Kirsten Dunst for the Showtime series, “On Becoming a God in Central Florida,” which premieres in late August. In promotional images, Skarsgård dons a mullet and a pastel-colored bow tie, with Dunst in a wedding dress. People has photos from the totally bangin’ 90s shoot.

Sjöström scare in the pool

Sweden’s star swimmer, Sarah Sjöström, gave us a scare during a swim at the world titles earlier this week. The bronze medalist had to be helped out of the pool and was given oxygen. She reassured fans it was just a headache and she has continued to compete in other events. Yahoo Sports Australia has the details.

Burger King restaurants in Sweden are testing out a 50/50 menu, which gives you a product and customers have a 50/50 chance of getting a meat-based meal or a plant-based meal. After eating the mystery product, customers can scan their box to determine if what they ate was meat or meatless. Vox has the scoop (and an awesome commercial).

The Wall Street Journal Magazine highlighted Gotland and Fårö in a recent feature story. The story includes hotels, restaurants, sights and other things to see and do in the area.