In the News: Meet Semmelmannen, The Man In Search Of The Perfect Semla 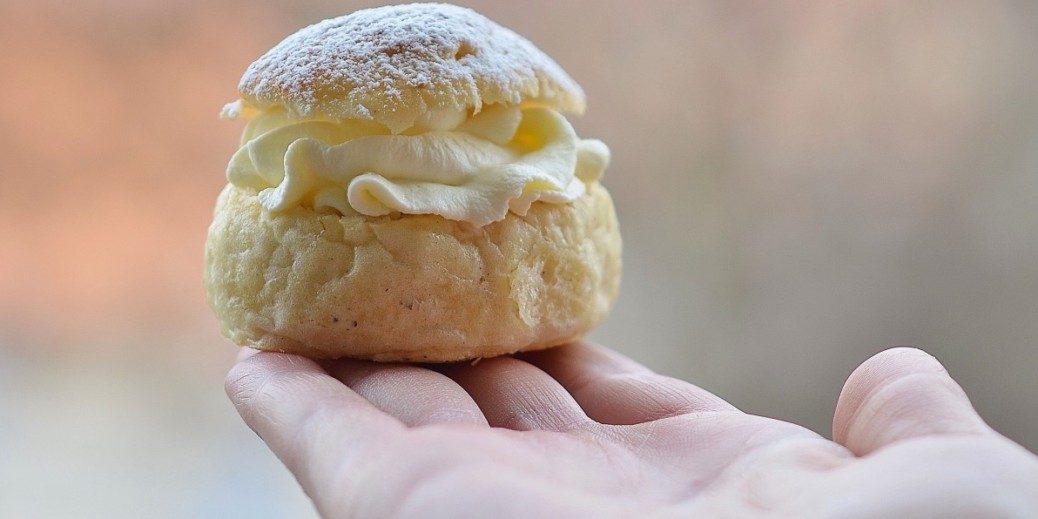 In the News: Meet Semmelmannen, The Man In Search Of The Perfect Semla

On Tuesday, Swedes across the world indulged in semla to celebrate Fettisdagen (Fat Tuesday).

Each year leading up to the holiday, newspapers across Sweden are known to run “best of” taste panels to search for the best semla recipe. But one man decided to take matters into his own hands and created a blog and an undercover identity, Semmelmannen (Semla Man). As Semla Man, he’s on the hunt for the best semla in Stockholm, one bakery at a time, according to NPR.

A new Netflix original movie called “The Ritual” is based on ancient Norse mythology and takes place in the Swedish wilderness. Four friends go on a camping trip shortly after their friend is murdered only to discover they are being hunted by a creature that has the capability to take away their pain or inflict more. Newsweek shares more about the film’s Swedish roots , but do yourself a favor (if you like scary movies) and watch it for yourself.

We recently introduced the Swedish contestants on ABC’s new reality TV series “The Bachelor Winter Games.” Earlier this week, Elite Daily took a deeper dive into learning more about one of them, Rebecca Karlsson. Check out how her tough-girl, in-it-to-win-it attitude combined with a fun-loving side shown through her Instagram account inspired producers to select her as contestant without actually meeting in person.

According to Digital Trends, IKEA and camera manufacturer Hasselblad have partnered with seven professional photographers to create The Norhassel collection that is expected to be in all IKEA stores starting in August. “With this collection of images, both IKEA and Hasselblad aim to inspire people to continue capturing the world while offering stunning photographs to those looking to make their home unique,” Marcus Engman, IKEA’s head of design, said in a release.