In the News: Chef Magnus Nilsson Heading to Chicago in September 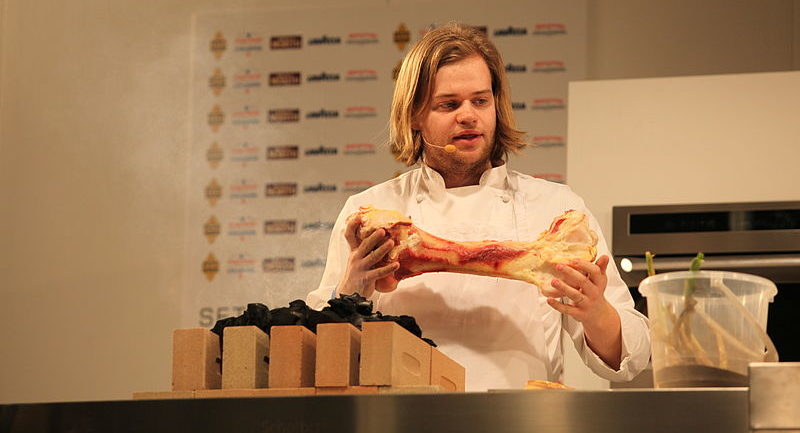 In the News: Chef Magnus Nilsson Heading to Chicago in September

Magnus Nilsson, famous for his Swedish restaurant Faviken, will make a series of appearances at the Swedish American Museum the week of September 13.

According to the Chicago Tribune, the visit is in response to the display “Nordic: A Photographic Essay of Landscapes, Food and People,” which showcases Nilsson’s photography. Nilsson will sign autographs of his books and lead a tour of the exhibition.

“Swedish Dicks,” a comedy series about a former stuntman who becomes a private investigator with everlasting bad luck, will premiere Season 2 next week on Sweden’s Viaplay network. The comedy stars Swedish actor Peter Stormare, known for his roles in “Fargo,” “The Blacklist” and “Constantine,” and Keanu Reeves will show up as an occasional guest star according to The New York Post.

Earlier this week, Princess Sofia spoke at a seminar focused on sustainability issues in the city of Båstad. People Magazine shared a few photos of the pregnant Swedish Royal and a fun fact: Båstad is where Princes Sofia met husband Prince Carl Philip in 2009. It was the last official event on her calendar before she’s due to give birth in September.

A Week Filled with Swedish Beer

A few days ago, the Umgås staff shared a handful of their favorite brews that incorporated some Swedish flair with Omnipollo. The Independent also shared a list of “10 Best Scandinavian Beers,” including offerings from Swedish breweries Omnipollo, Brewski, Brekeriet and Stigbergets, whose West Coast IPA is “the perfect place to start for your Scandinavian beer adventure,” according to the newspaper.

Navigate a Computer Screen Using Only your Eyes

Microsoft plans to incorporate Eye Tracker 4C, an eye-tracking technology developed by Swedish company Tobii, into Windows 10, which will allow users to navigate the system with the blink of an eye, or at least eye movement, according to VentureBeat. Cool features include: “shape-writing,” which will work like a touchscreen swipe keyboard, only the tracker will follow eye movement; a Launchpad that will allow you to open the keyboard, activate text-to-speech and more; and a feature that will allow your eyes to navigate the mouse.