In the News: An IKEA Holiday Frakta Bag 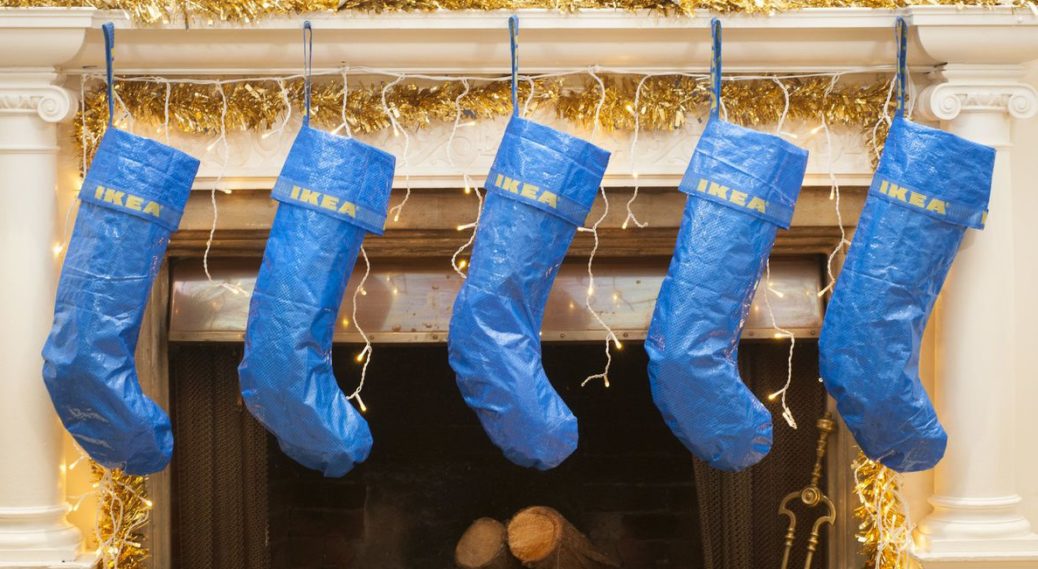 In the News: An IKEA Holiday Frakta Bag

The perfect stocking to stuff for every IKEA lover is here!

Created by British shop Bootleg Baubles, the IKEA-themed holiday stocking costs $27 and is available to purchase online, according to Mashable. Now that you’ve found the perfect stocking, check out these Swedish stocking stuffers.

Sweden and Finland are the only countries in the world where McDonald’s customers can order a vegan sandwich option from the regular menu. Made with a soy-based patty, the vegan burger is the start of an effort to attract a wider range of customers. “We can now offer our guests a vegan burger developed in Sweden,” Staffan Ekstam, McDonald’s head of food strategy in Sweden, told Business Insider Nordic. “Our ambition is that there should be something on our menu for all of the 400,000 guests who visit us every day.”

‘Friluftsliv:’ the concept of living in the open air

There’s a saying in Sweden: “There is no such thing as bad weather, only bad clothes.” Not even freezing temperatures can keep Swedes from enjoying recreation and relaxation outdoors. From daily walks to spending time in remote locations, Scandinavians have a name for their passion for spending time outdoors called “friluftsliv,” which translates to “open-air living.” According to the BBC, there are even 25 nonprofits in Sweden that align their missions with the term.

North Carolina town has its own Gävle Goat

And it’s still standing. After 10 years of watching Sweden’s 43-foot Gävle Goat online (the goat most years is burned to the ground by vandals), Moyock, North Carolina resident John Oman decided to build his very own. Oman’s isn’t quite 43-feet-tall, but according to The Virginian-Pilot, it’s bigger than a bull moose. The Gävle Goat stands in Oman’s backyard, where passers-by can enjoy views of the holiday-decorated straw goat.

The Swedish palace gets a Christmas tree

Earlier this week, Princess Estelle and Prince Oscar joined their mother Princess Victoria in an annual royal tradition of receiving their Christmas tree. According to People, agricultural students have been presenting trees to the Swedish royals for more than 50 years.