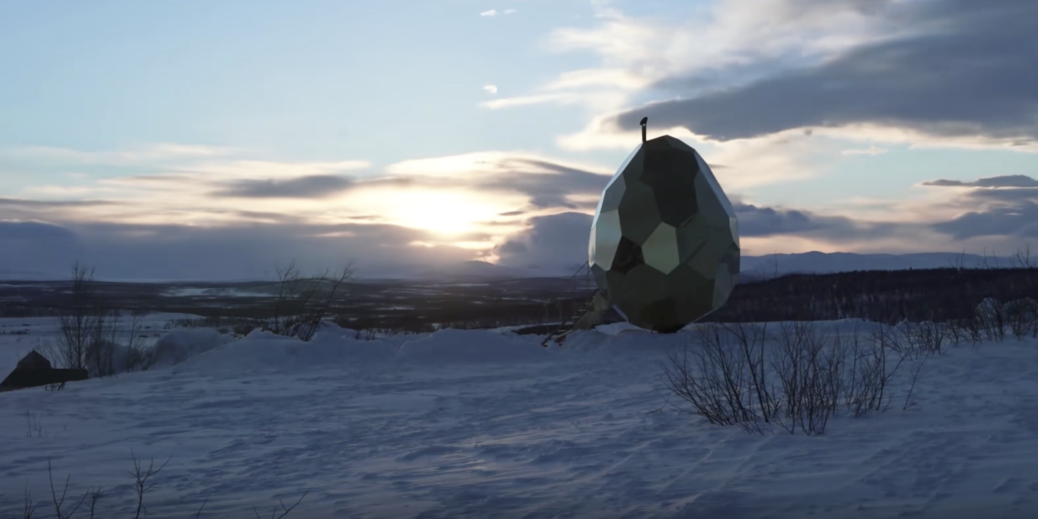 There’s a brand new golden, egg-shaped sauna located in the middle of Swedish Lapland. The unique golden egg sauna was designed by Bigert & Bergström, an artist duo living and working in Stockholm. There is a project to move the entire town of Kiruna several kilometers east because of damage caused by iron ore mining, and residents are worried they might lose their sense of community.  The sauna serves as a warm escape for residents relocating and as a sculpture to commemorate community. Read more about it in Dezeen.

Never worry about a noise complaint again with MAS’ N LIVE. The new sound system creates an “illusion of certain loudness” so you can jam out to favorite songs as loud as you want to, without actually cranking up the volume. According to Business Insider Nordic, Swedish startup Soundz Technologies has developed the patented process to trick your brain using psychoacoustics.

Swedish Pop Singer and Feminist Tove Styrke is Back

In 2015, Swedish pop artist Tove Styrke released “Kiddo,” a bold album that quickly showed the world her viewpoints on feminism. Now she’s back with a softer sound in her latest single, “Say my Name.” Time interviewed Styrke to learn the inspiration for her recent single and why she chose a gentler approach.

Toscakaka or Tosca Cake is a sweet and crunchy treat typically served during a celebration. Earlier this week, Summit Daily shared a delicious recipe that recommends throwing some strawberries on top. Perfect for spring time and Mother’s Day this Sunday!

Swedish retailer Houdini is conducting an experiment by creating sportswear that can turn into a meal. The campaign encourages Houdini customers to return their worn out, biodegradable purchases, which are later composted into soil and fertilizer for growing vegetables. Food & Wine featured the latest Houdini Menu test of meals made from vegetables grown in the composted sportswear.