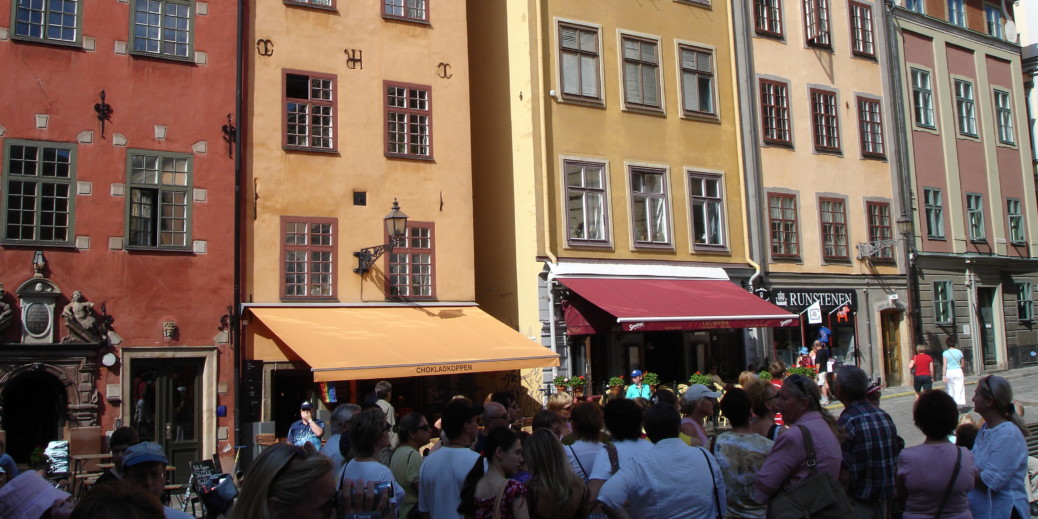 If you’ve ever dreamed of desks and living rooms Straight Outta Pinterest, may we recommend fertilizing a leafy money tree and taking a shopping spree at Danish designer Hay? Big news: Wallpaper* reports Hay is redesigning Ikea’s iconic Frakta carry all bag. It’s the end of an era! A bright, very yellow era.

C’mon, just kick the ball into the goal

While Zlatan was having trouble scoring goals against Italy in the Euro 2016, we made a goal to purchase a Gotham Steel non-stick pan thanks to the non-stop commercials during timeouts. Oven safe up to 500 degrees, guys! Pans aside, sad news to report: Sweden is out. L The Guardian provided live updates.

ABBA would be proud

If you’ve ever wanted to watch lots of inebriated Swedish and Irish dudes singing ABBA’s “Dancing Queen,” this In The News is for you! Sports Illustrated has footage of fans having the time of their lives at the Euro 2016 Sweden vs. Ireland match.

Beyoncé racked up another accolade this week thanks to KTH Royal Institute of Technology students this week. According to Fox News, the university installed two beehives as part of a sustainability initiative and conducted an online poll to name them. After a “solid majority” voted, the Beeyoncé was born. Congrats Bey!!

Step aside, Electric Slide. Move over Cha Slide. If one guy in New Sweden, Maine has his way, you’ll be grooving to a Swedish line dance at your next wedding. WAGM-TV interviews the Folk Dancing for Fun crew about why they love the Swedish hop.