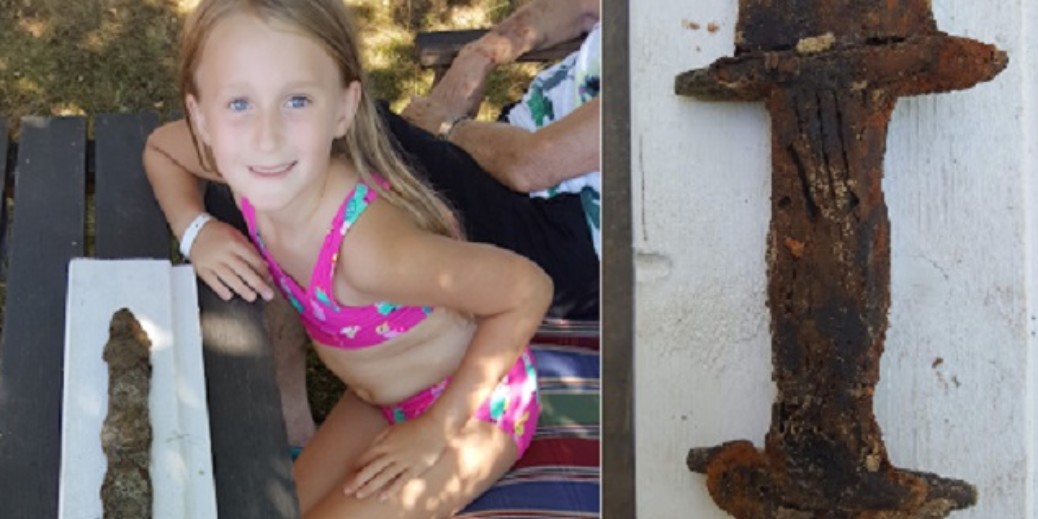 An 8-year-old Swedish girl made an incredible discovery while wading in lake Vidöstern.

According to NPR, Saga Vanacek was playing in the lake when she pulled out a 33-inch sword that is believed to be 1,500 years old. Later searches produced a piece of metal jewelry that dates to 300-400 A.D. The Local broke the story, reporting that Saga was throwing sticks and skipping rocks when she picked up “some kind of stick,” which turned out to be the sword.

CNN International reported that locals are dubbing the little girl “Queen of Sweden,” reminding some of King Arthur and Excalibur. Queen Saga…it has a nice ring to it.

Sweden’s Queen Silvia paid a visit to her daughter Princess Madeleine this week to attend meetings and a gala for the World Childhood Foundation. People magazine has all the details as the royals spent the day in New York City.

Growing up, we thought broccoli was pretty disgusting. But the green veggie has nothing on some of the 80 foods that will be featured at the Disgusting Food Museum, which will open in Malmö, Sweden on Oct. 31. According to The Takeout, the “menu” will include roasted guinea pigs, maggot-infested cheese and fermented herring. “Eat your vegetables” doesn’t sound so bad anymore.

The American Swedish Institute is bringing some of the world’s top chefs to Minneapolis. According to the Pioneer Press, ASI is launching a Nordic Table Chef Series that will feature chefs from Noma, named Best Restaurant in the World four times, and Swedish superstar chef Magnus Nilsson.

You know we love a good Swedish meatball. Claiming “these Swedish meatballs are better than IKEA’s,” the Washington Post featured a recipe, complete with tasty-loooking photos, for Swedish turkey meatballs.