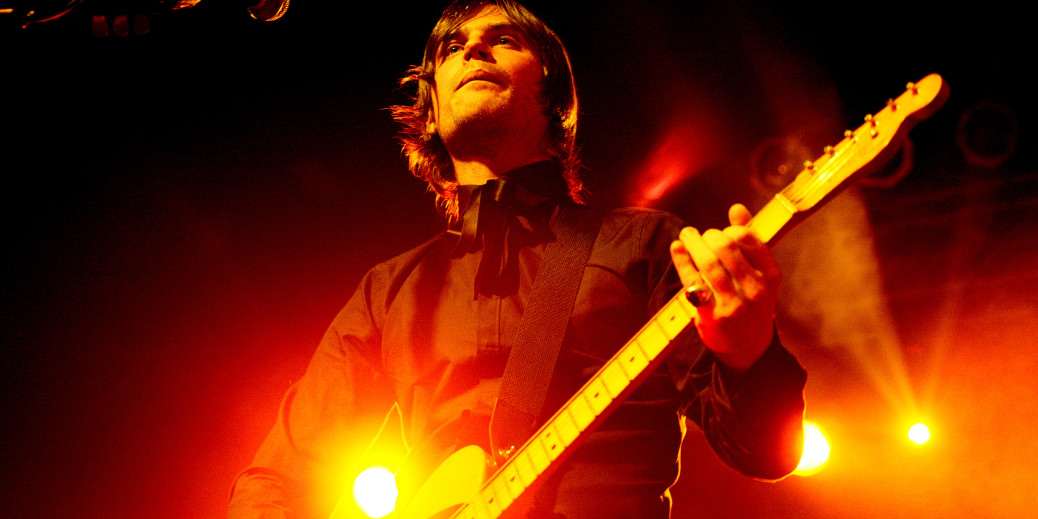 Member of The Cardigans, Photo via Alex Laljak

It was more than 40 years ago that the world’s spotlight found Sweden. Pop music was the reason, and it started a legacy that to this day keeps Sweden in third place globally for exporting popular musicians. In fact, the top three Swedish groups – ABBA, Roxette and Ace of Base – racked up a staggering half a billion albums sold.

We previously shared some of the biggest success stories not named ABBA, but here’s a more in-depth look at five of the greatest musical exports from Sweden.

Lately, it’s hard to miss Avicii. His music is everywhere electronic music proliferates. From raves and TV commercials to movies and millions of devices around the world, people are listening to Avicii.

Yet, in late March, the Swedish DJ announced he was retiring at the end of 2016.

When the hit single “Levels” hit the EDM charts in 2011, everyone kept asking: Who is Avicii? The young DJ popped up on the music scene seemingly from nowhere and started collaborating with big names such as David Guetta and Nicky Romero. By 2012 everyone knew his name.

Born Tim Bergling in Stockholm, Avicii always had a love for music. By the time he was 16, Bergling signed with the label Dejfitts Plays. He went on to release singles like “Seek Bromance,” which attracted attention throughout Europe. In 2010, he signed with EMI Music, and his career exploded.

After releasing “Levels,” Avicii became a household name and a regular at most of the biggest music festivals around the world. In 2012, he was ranked third in DJ Magazine’s annual Top 100 DJs, and he earned Grammy Awards nominations in 2012 for his collaboration with David Guetta on the song “Sunshine” and in 2013 for “Levels.”

In 2013 he released his debut studio album, True, which received rave reviews and produced hits like “Wake Me Up.” It also reached the Top 10 in more than a dozen countries, including Australia, Sweden and the United States. Last year brought Avicii’s second album, Stories, which again brought a magnitude of success and hits (read our review of Stories here).

One of Sweden’s most iconic and best-known rock bands is The Cardigans, who have sold more than 15 million albums worldwide. Formed in Jönköping, in 1992, the band led by the lovely vocals of Nina Persson and backed by guitarist Peter Svensson, bassist Magnus Sveningsson, drummer Bengt Lagerberg and keyboardist Lars-Olof Johansson. The Cardigans are still going strong nearly 25 years later without any changes in bandmates.

In 1994, the band released their debut album Emmerdale. The album gave them success in their home country and some international success, including a huge fan base in Japan. But it wasn’t until the release of their second album, Life, in 1995 that an international reputation was secured.

In 1996, the song “Lovefool” exploded internationally and made their album First Band on the Moon a hit. The song also was a key track on the monster soundtrack of Romeo + Juliet starring Claire Danes and Leonardo DiCaprio.

Each of the band’s next three albums reached No. 1 in Sweden. After Gran Turismo was released in 1998, The Cardigans took a break before returning in 2003 with the release of Long Gone Before Daylight. This record was less hard rock, and played into more of a country feel. In 2005 the band released Super Extra Gravity, which continued the country music influence. After touring in 2006, the band took another break before reuniting in 2012 to play concerts in Sweden.

Who would have ever thought that the creator of some of the 90s biggest pop hits got their start in a punk cover band?

Punk cover band G Konrad graced Sweden’s stages in 1987. Jonas Berggren formed the band with Johnny Lindén and Niklas Tränk. It was when G Konrad was joined by Berggren’s sisters, Linn and Jenny, that things started to change.  The band went through a string of names and change in lineup: Lindén and Tränk left the group, and Jonas Berggren then asked his friend Ulf Ekberg to stand in. A new group was formed – Ace of Base.

After some early success with the song “Wheel of Fortune,” the song “All That She Wants” had international success and then American success when released by the legend Clive Davis of Arista Records. The next single, “The Sign,” changed everything, becoming a No. 1 hit for six weeks and becoming the best-selling single of 1994. The album Happy Nation sold 23 million copies worldwide.

The group went on to record another several more albums that had global success. In 2007, Linn decided to leave the group, and in 2009, Jenny took an indefinite leave of absence to focus on her solo career. Left with no female singers, Jonas Berggren and Ekberg recruited Clara Hagman and Julia Williamson to join the group. The new group released The Golden Ratio in 2010.

The year was 1972 in Stockholm, when Agnetha Fältskog, Björn Ulvaeus, Benny Andersson and Anni-Frid Lyngstad decided to start a group. What these Swedes didn’t know was that their band – ABBA – would become one of the biggest acts in the history of popular music.

After becoming the first Swedish performer to win the Eurovision Song Contest in 1974, ABBA took off.

Early songs like “SOS” and “Mamma Mia” hit the charts in European countries. Later songs like “Dancing Queen” – the band’s only No. 1 hit in the United States – and “Take a Chance on Me” only made ABBA bigger in the United States and around the world. But in 1982, ABBA called it quits – Fältskog and Ulvaeus and Lyngstad and Andersson were married to each other during the active years of the band. Despite the popularity of the band, the marriages ultimately ended in divorce.

ABBA hit it big again when its music was adapted into a successful musical called “Mamma Mia” and then a movie starring Meryl Streep.

ABBA trails only The Beatles with record sales in the hundreds of millions and was inducted into the Rock and Roll Hall of Fame in 2010.

Roxette, made up of Marie Fredriksson and Per Gessle Roxette, has become one of Sweden’s best-known exports. Formed in 1986, the duo became global superstars after albums Look Sharp! and Joyride attracted massive airplay.

Each had success in Sweden before being paired for a song called “Neverending Love” that became a big hit and started a partnership that would lead to 75 million records (and counting) being sold worldwide.

Look Sharp!, Roxette’s second album, became a runaway train. As the story goes, an exchange student from Minneapolis brought a copy of the album home with him and shared it with his local station. The station put “The Look” into rotation based on listener feedback, and even before the album was being promoted in the United States, Roxette had a hit on its hands. Look Sharp! also featured “Listen to Your Heart,” a song dubbed the best Roxette song ever by readers of fan site The Daily Roxette.

The Roxette song “It Must Have Been Love” was included in the soundtrack for 1990’s Pretty Woman, and the ride continued with Joyride, whose title track topped charts in several countries and was yet another big hit across the globe.

All told, Roxette has had 19 UK Top 40 hits and several US Hot 100 hits. Fredriksson had surgery to remove a brain tumor in 2002, but Roxette still performs more than 30 years after it was founded.