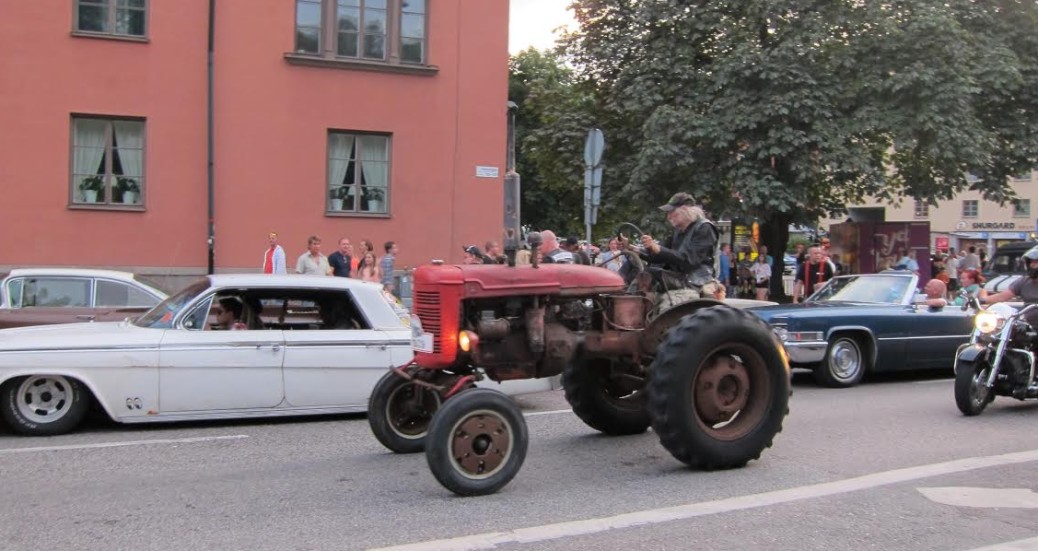 But this isn’t the Eisenhower Era, it’s 2014 in Stockholm, Sweden.

Sweden, known for bringing Volvos, meatballs and ABBA to U.S. shores adopted a nostalgic hobby many years ago: classic American cars. More than 5,000 classic cars are imported into Sweden each year, and many estimate that the Swedes own more restored classic cars than Americans.

In the summer of 2014, a friend and I, wooed by a mutual appreciation of Swedish culture and music, along with an uncharacteristic love of herring, set our sights on Sweden for a summer trip. As we poked around Stockholm, exploring Viking museums and royal estates, we noticed a peculiar trend: Around every turn sat a pristine classic American car. Was this the 2015 version of Pleasantville? Where was Reese Witherspoon?

On the third night of our Swedish adventure, hamstrings ached as we climbed Stockholm’s steep and numerous hills to make it back to the hostel in the Vasastan district. As we approached the Vanadis Hotel, the classic American car trend multiplied.

We had stumbled upon a classic American car rally, Swedish style.

Prominent in the craze is a subculture known as “Raggare,” who became popular in the 1950s alongside the greaser culture in the United States. Raggare members enjoy Americana, including everything from cowboy hats to rock music. And they really love classic cars (Sweden hosts the Power Big Meet each July for classic car enthusiasts – the 2015 event featured more than 20,000 cars).

On this night in Stockholm, the revelers high-fived and swapped car stories as vehicles drove up and down the stretch of road, which was completely blocked off to any non-vintage cars. The Swedes dressed for the occasion, too, with perms, ripped jeans and Grease-style leather bomber jackets – sadly, there were no John Travolta sightings. One of our favorites was a woman who seamlessly matched her pink Cadillac and cowboy hat and was quite a hit with the crowd.

And then the best sight rolled in. A gentleman, likely in his 70s, maneuvered a vintage tractor along the road. Without a care in the world, he crept up and down the strip, his tractor puttering along. People cheered, onlookers snapped photos and a police officer loaned him a bright yellow vest. If there is such a thing as Raggare royalty, he was it.

The cars kept coming for a few hours until everyone dispersed, and Audis, Volvos and other modern-day vehicles reemerged on the streets.

It was one of those random, once-in-a-lifetime vacation experiences you’d never forget. Now, when I see a classic Cadillac or Chevy, I don’t automatically think Detroit, I remember Sweden.