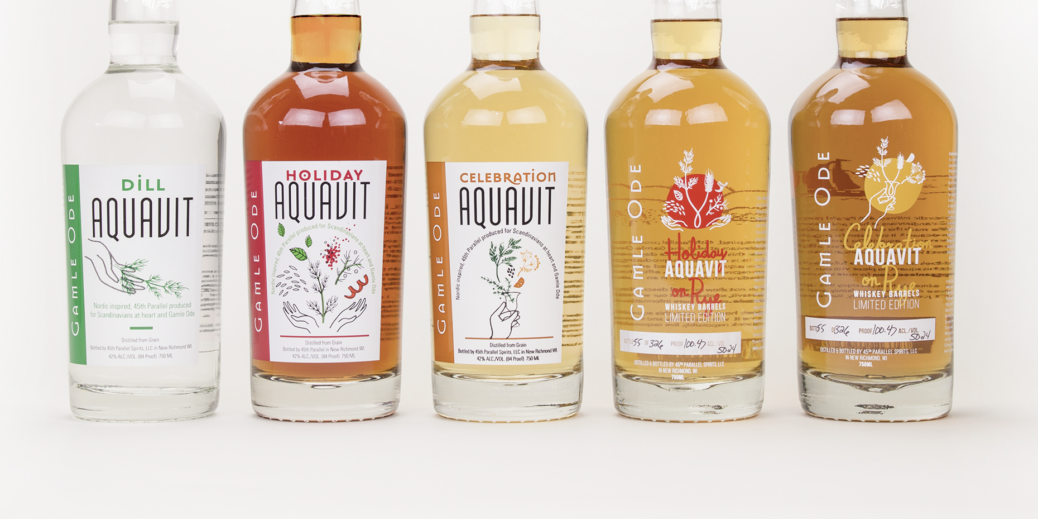 Intrigued by its taste, he looked for a bottle of dill aquavit when he came back home to Minneapolis but couldn’t find it anywhere.

“I settled for another aquavit but it wasn’t the same,” he said.

Aquavit or akvavit has been produced in Scandinavia since the 15th century.

“Scandinavians for their aquavits liked to forage for woodland herbs and roots, bog flowers, plants like dill and seeds like caraway and coriander to flavor their neutral grain alcohol, which is a tradition still being carried on in some families,” McCarron said.

The flavors and aromas that attracted him to aquavit are “flavors never before available in a spirit. For bartenders these flavors open up cocktail options. For drinkers these flavors provide new experiences to share with friends and family.”

In 2011, McCarron decided to create his own dill aquavit, and Gamle Ode was off and running. He contacted the closest small distillery to see if they would be willing to “work with me to create one and gratefully they were.”

With the influx of craft beers and small breweries, McCarron felt it was the right time to learn more about distilling. He did his research and met with a variety of people, developing relationships with companies such as Bittercube Bitters and nearby dill farmers in Minnesota and Wisconsin. He also works with bartender guilds and bartenders at key accounts.

The distillery he uses, 45th Parallel Distillery, is located about 40 miles east of his home in Minneapolis. It handles the entire process, from making its own mash to barreling and bottling.

“I couldn’t have done these aquavits without them,” McCarron said. “I have always been proud to say 45th is my producer.”

Over the years, other distilleries have started producing aquavits, creating a more competitive marketplace.

“For most, it is just another liquor to sell while they wait out the years before their whiskeys can be released,” he said. “Others do it to broaden out their portfolio of available spirits, but several distilleries are serious and committed to providing aquavits as a key part of their business.”

Currently Gamle Ode produces five aquavits. The original three – Dill Aquavit, Celebration Aquavit (gently aged, the flavor most familiar to Scandinavians to skål with) and Holiday Aquavit (holiday spice and wine-barrel aged) – were directly inspired by Scandinavian aquavits that were not being imported into America. 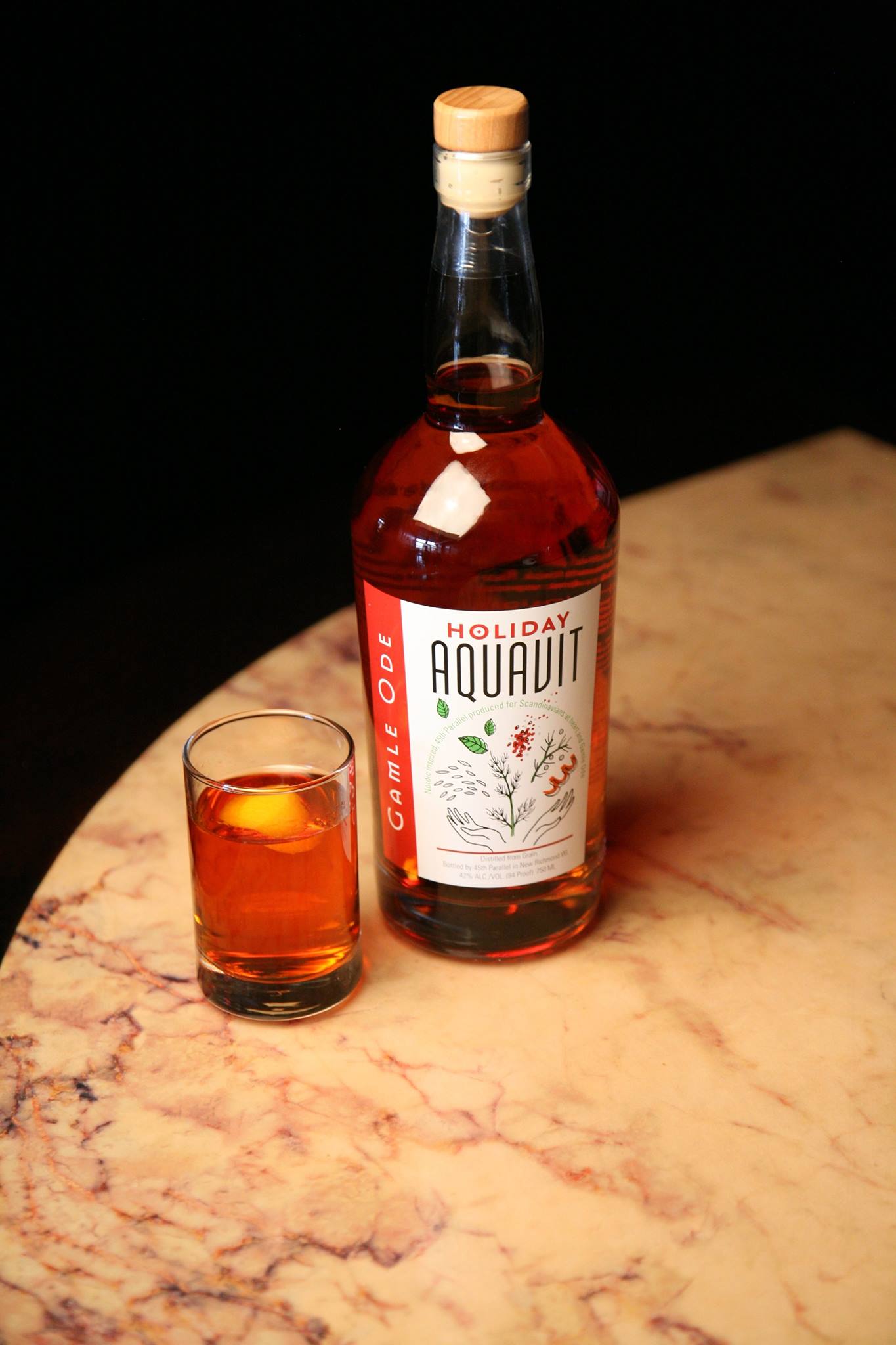 The next two aquavits – Celebration On Rye Aquavit and Holiday On Rye Aquavit – both aged longer than the original three, came from the “realization it is great to be inspired by Scandinavia, but we are American and craft spirits are about pushing out of the old into new and untried places,” McCarron said. “We thought no one in the world has ever aged aquavit in rye whiskey barrels, so why not try it.”

The aquavits caught on immediately thanks in part to a surge of interest in Scandinavian cuisine and culture.

“We sold out of our initial batch months before the next harvest could replenish supplies and we were off and running,” McCarron said.

The company’s products are distributed in 10 states, but McCarron has received inquiries from virtually every state in the nation.

“Distribution goes state by state, and each state has to feel like sales will justify bringing in the aquavits,” he said.

He admits there are times he feels he was crazy to get into this business, especially since he didn’t have any industry experience or connections.

He said the idea was “crazy but maybe just crazy enough to work. The liquor industry had convinced themselves that aquavit didn’t belong in America, and I disagreed. I feel I’ve already proved them wrong.”

McCarron considers it both a challenge and a reward – even a blessing and a curse – to have created Gamle Ode.

“But I’m happy and unembarrassed to put any of these bottles on any table in the world…to pour a few glasses, look someone in the eye and say skål,” he said.