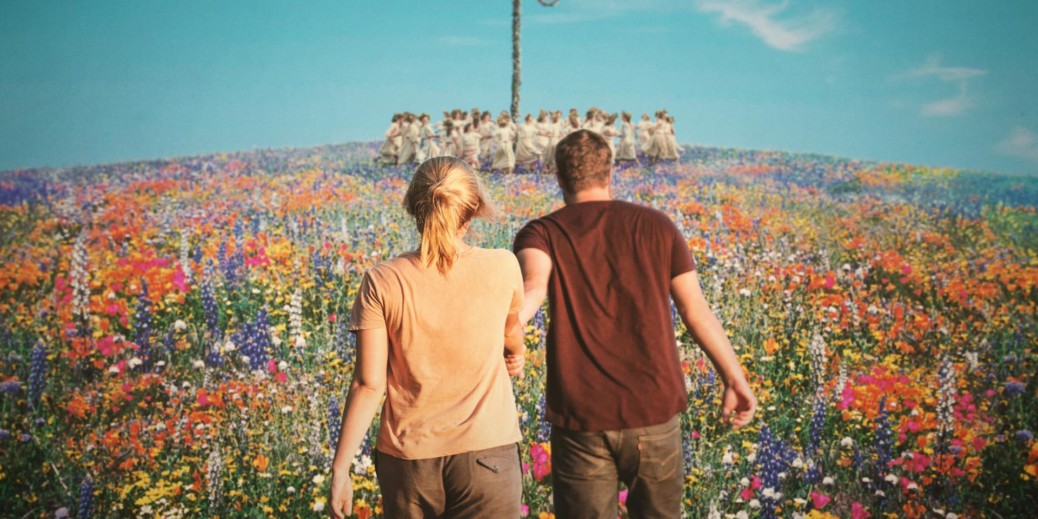 That’s a headline we never thought we would type.

But sure enough, coming July 3, 2019, there is an actual horror movie, “Midsommar,” about our favorite Swedish holiday — a time typically full of flowers, strawberries and dancing around the Maypole — hitting theaters.

So, how in the world is Midsummer getting a sinister twist?

Aster is the writer and director behind the freaky flick. He’s known for his 2018 debut feature film “Hereditary,” a family tragedy turned horror film that made over $79 million on a $9 million budget to become entertainment company A24’s highest-grossing film worldwide.

His new movie is following some big footsteps, but the trailer (below) has us thinking he can pull it off.

“Midsommar” is a film that centers on a couple’s trip to Sweden for midsummer that, shocker, ends up taking a violent turn. The trailer depicts females clad in white wearing beautiful flower crowns bursting with color, but something about their faces doesn’t seem right: They look downright creepy. In one shot, we can’t help but notice that a group of smiling festival attendees is soured by one, sullen, bloodied face in the bottom left of the screen. And don’t get us started on the pained groans giving the trailer its soundtrack.

So, yes, somehow Aster is turning our beloved Midsummer celebrations into a horror film.

In an interview with Vulture, he said, “It’s a breakup movie, in the same way that ‘Hereditary’ is a family tragedy. It’s less overtly a horror movie, but it’s still working in that same space. It’s very macabre. But people shouldn’t go in expecting ‘Hereditary.’”

What should it be compared to? After he paused to think about that question, Vulture’s reporter asked “Is it your ‘Mamma Mia’?” He responded, “Yeah, sure, I’d say so. It’s a ‘Wizard of Oz’ for perverts.”

The trailer ends with the comforting words, “You’re going to love it.” Somehow, we aren’t convinced. But July 3, we’ll see you soon.