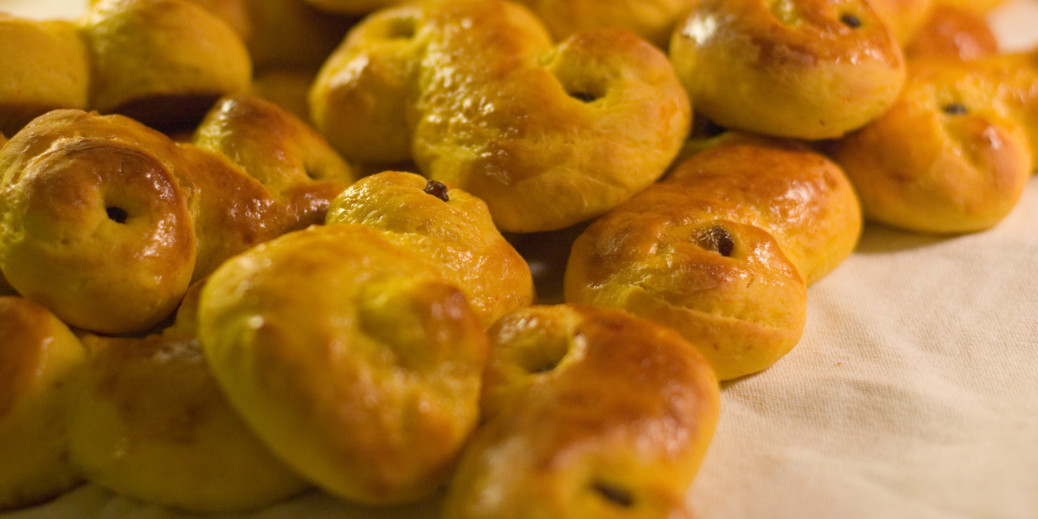 Harbert Swedish Bakery was opened by a family from Chicago who had been longing to move to the town of Harbert, Mich.

Since it opened in 1912, the bakery has been passed down through four different owners, but certain recipes have remained the same. From breads like Swedish limpa and sweet rye to sweet treats like cardamom coffee cakes and fruit pastries, many of their baked goods have stayed true to original recipes.

Luisa Mills has been running the bakery since she purchased it in 2001, but one business wasn’t enough for her. A year after taking over the bakery, Mills opened Luisa’s Café, which started as an Italian lunch and dinner joint. According to Luisa’s website, Mills eventually found herself overwhelmed with the work of owning both, but before Mills could close Luisa’s Café for good, her daughter Vivian May stepped in. May now owns and operates the café right next door to her mother’s bakery.

The South Bend Tribune highlighted Luisa’s Café’s unique menu that’s sure to have an option for everyone. With most meals between $6-$12, many dishes are well-reviewed, especially its Swedish pancakes – which are topped with whipped butter and covered in lingonberries.

A few other menu items from Luisa’s that have our mouths watering include the carrot cake waffle, shrimp and cheesy grits, grilled pimento cheese and their ham and gruyere buckwheat crêpes.

Harbert, about two hours southwest of Lansing, is nestled on the eastern side of Lake Michigan. The town’s unique charm in part comes from its preserved pieces of Swedish influence.

Harbert Swedish Bakery and Luisa’s Café are open Thursday through Monday from 8 a.m. to 3 p.m.