Meet the stars of the Swedish money 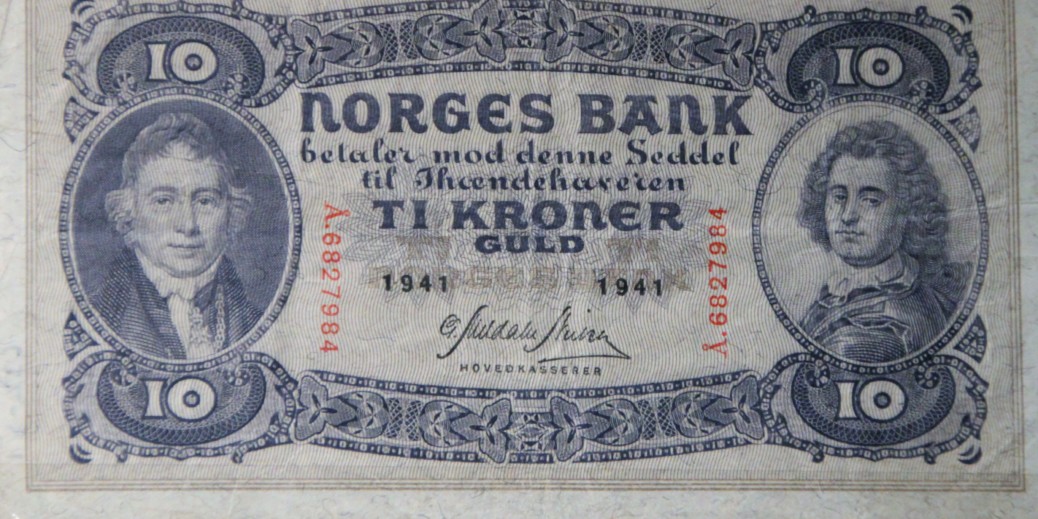 Meet the stars of the Swedish money

Most countries plaster politicians and dignitaries on their currencies. Sweden, on the other hand, makes room for other personalities on its kroners. In 2011, Sweden announced a decision to refresh its currency with new motifs and security features by 2015.

“The new banknotes are smaller than the current ones and have completely new motifs. On the obverse can be found some of Sweden’s foremost cultural personalities of the 20th century. On the reverse are natural and environmental motifs connected to the personalities.”

In addition to the new look, Sweden introduced a new denomination: the 200-krona banknote.

So who are all the famous faces on Sweden’s updated banknotes? Find out below.

The 20-krona: Astrid Lindgren, Our Writer

Astrid Lindgren is the person behind the Pippi Longstocking book series and the world’s third most translated children’s writer with more than 144 million books in print. Longstocking started out as a tale to amuse her daughter while sick in bed, but millions of children across the world connected with Pippi’s adventures. The strong persona that Lindgren created has been an inspiration to generations of girls who idolized her strength and stretched Pippi’s attitude into their modern day lives.

Lindgren was born in 1907 and died in 2002. The funeral was attended by the King, Queen and Prime Minister.

When you change the direction of music forever in your country, it appears to be enough to get you a banknote. Axel Evert Ta

ube was the son of a lighthouse keeper and ship’s captain and loved music from an early age. Taube sailed the wo

rld at the turn of the century learning sailor’s songs and beginning his performance career.

But it was while spending five years in Argentina, that Taube became completely fascinated with Latin American music.  He might be famous for his troubadour music, his hard hitting poetry and his amazing compositions, but let’s not forget that he was the reason that Tango was huge in Stockholm in the 1920s!

As time went on and his library grew, he eventually was inducted into the Royal Swedish Academy of Music as a member in 1970.  On March 12, 2013, there was even a Google doodle dedicated to him

It seems fitting that the bill you might pull out of your pocket for a drink at a tango bar should hold the face of none other than the man who brought a bit of Latin Style to Sweden.

The 100-krona: Greta Garbo, Our Actor

Greta Garbo’s career spanned little more than a decade, but her influence has lasted for generations. This mysterious, intense and unforgettable woman retired by 35, but continued to live out her life as far from the spotlight as she could until she died at 84, never having married and leaving no children behind.

Her legacy on the silver screen where her 28 performances garnered her three Academy Award nominations. Combine that with the fact that she also worked as an MI6 spy during World War II, and you have a story that is good enough to make a movie out of, or in this case a banknote.

The 200-krona: Ingmar Bergman, Our Director

When Woody Allen calls you “probably the greatest film artist, all things considered, since the invention of the motion picture camera,” it is probably a good indication that you have contributed something that will live on long after you are gone. Such is the case with Ingmar Bergman.

While his 60-plus films and documentaries have left their mark on cinema forever, Bergman was not free from controversy.  He was arrested in 1976 for tax evasion, declared he would never again make a film in Sweden and even shut down his film studio on the island of Fårö.  His work often focused on bleakness, insanity, death, betrayal and faith. Because of this, Bergman is one of the most controversial addition to Sweden’s banknotes.

For showing the world a deeper understanding of film in our life and society, Ingmar Bergman is on the 200SEK.

The 500-krona: Birgit Nilsson, Our Singer

Birgit Nilsson possessed what some call the most beautiful voice in Sweden. Nilsson also was known for her humility, business savvy and a generally pleasant demeanor, which helped her become one of the highest paid singers on the planet.

Never a fan of teachers and often critical of their education, she was incredibly talented. “I do nothing special,” she once said. “I don’t smoke. I drink a little wine and beer. I was born with the right set of parents.”

Being on a banknote isn’t Nilsson’s first honor though. She has her own award named after her (the Birgit Nilsson Foundation), has been awarded the highest honor that can be given to a Swedish citizen by the government (the Illis Quorum gold medal) and was featured on a postage stamp in 1981.

Nilsson was a master of opera thanks to genetics, but she also was a true master of business who managed her own career, negotiated her own shows and brought impresarios to their knees begging for her to be made available for shows. This brilliance has shone through past her death as her foundation was left with millions of dollars in it to help opera stay relevant as time moves forward.

For being a humble, talented leader that has left a legacy of music for coming generations, Nilsson is on the 500SEK.

The 1000-krona: Dag Hammarskjöld, Our Statesm

The honor of Sweden’s largest bill is reserved for a man John F. Kennedy called “the greatest statesman of our century” and whose life was cut short while on his way to cease-fire negotiations while acting as the Secretary General for the United Nations.

A politician from a very young age, Hammarskjöld was Assistant Secretary of the Unemployment Committee before he finished his law degree. His fast-tracked career would see him as central bank chairman, State Secretary of finance and the Swedish delegate to the OEEC (Organization for European Economic Cooperation) and much more, all before the age of 42.

At the age of 47 Hammarskjöld was surprised to learn that he had been recommended and subsequently voted in as Secretary General of the United Nations. In his role, Hammarskjöld negotiated an American hostage release from the Chinese, eased Arab tensions and much more.

For being the man that the world needed, for being a great statesman and for representing all nations, Hammarskjöld is on the 500SEK.