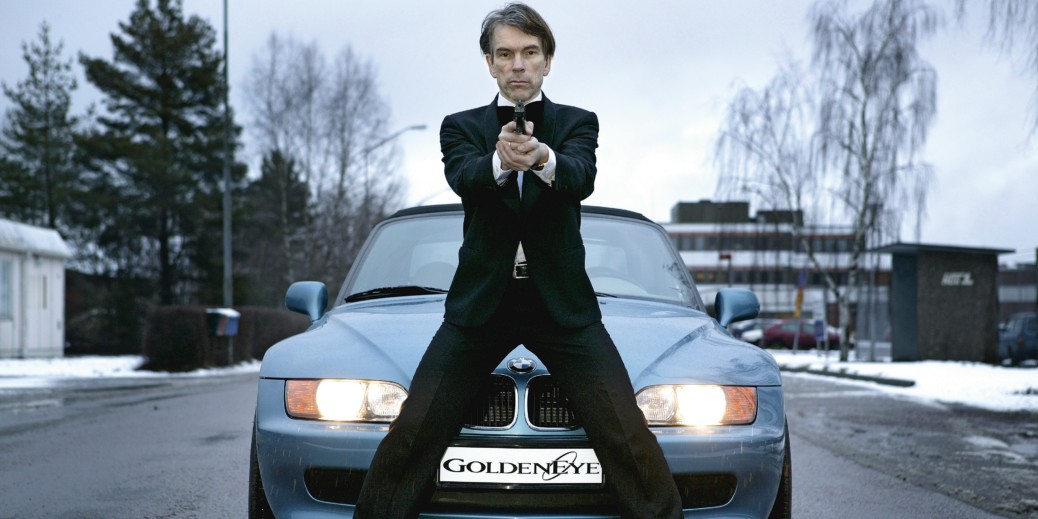 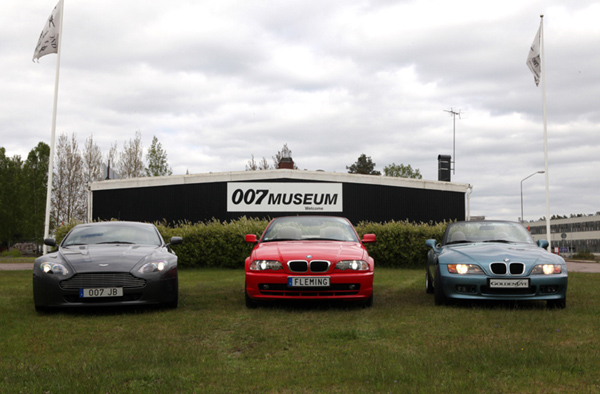 Fifty-six years ago this October, James Bond hit the big screen for the first time. “Dr. No,” which hit movie theaters four years after Ian Fleming’s book of the same name, started a string of 26 movies featuring 007 that have captivated millions of moviegoers all over the world.

One such fan was an eight-year-old Swedish boy named Gunnar Schäfer, who was hooked when he saw “Goldfinger” in 1965. That boy turned into arguably one of the biggest James Bond fans in the world.

These days known as James Bond Gunnar Schäfer – yes, he changed his name to include James Bond – the Swede operates the James Bond 007 Museum in Nybro, Sweden, the only museum of its kind.

We recently caught up with Mr. Bond to find out more about his passion for the world’s most famous spy.

To honor Ian Fleming and my father Johannes Schäfer, who was in the Navy for Germany during the Second World War. My father disappeared under mysterious circumstances during the Cold War in 1959, when he was going back to Germany. Interpol searched 10 years after [my] father before being declared dead in 1969. I searched online since the 1990s but found no Bond museum to visit, so I thought I could start one myself in the small town of Nybro, Sweden.

“Goldfinger” was the first Bond movie you ever saw. What do you remember about it, and what was it that drew you into James Bond?

I was 8 years old in 1965 and got into the cinema and watched the Bond film “Goldfinger” with my two older brothers at the Nybro cinema called Royal. I knew that dad had disappeared during the Cold War in 1959, and when I saw Sean Connery as Agent 007, I thought of seeing a character that reminded how Dad could have had it during World War II.

I started reading Ian Fleming’s books and finding a common person who had the same experience during the war as my dad, started to understand that those who played James Bond had resembled background like my father. What was new and cool was the Aston Martin DB5 with all the features, as well as Jill Masterson laying naked, dead and covered with gold paint.

Also, do not forget that a few years earlier, color films were taken at the cinemas and the soundtrack by Shirley Bassey. 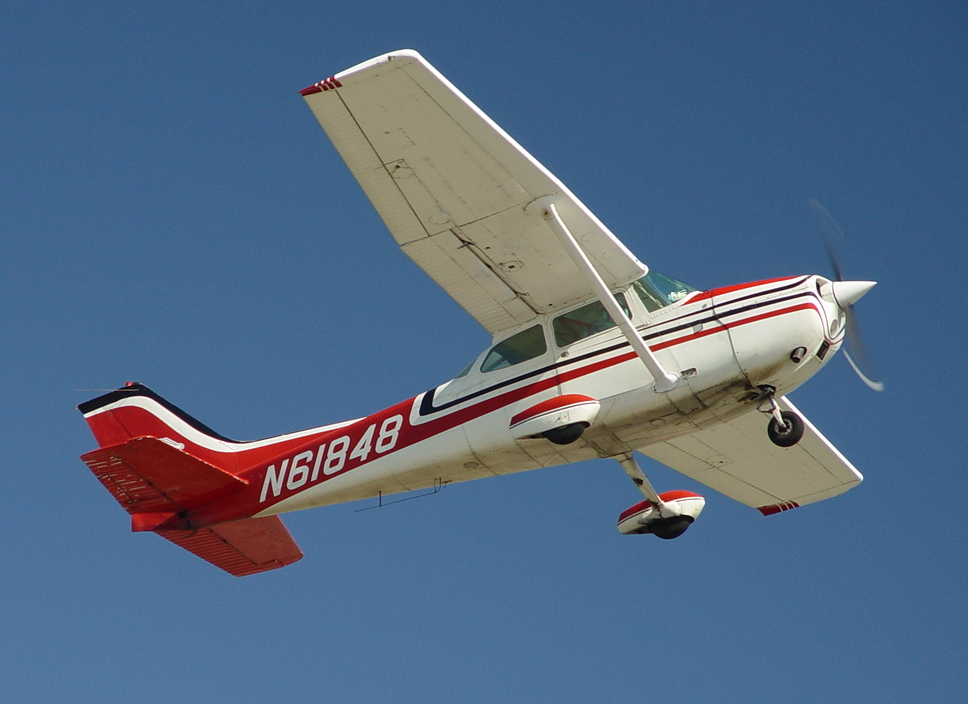 How long has the museum been open, and what can you tell us about visitors? Where do they come from? How many each year?

The James Bond 007 Museum in Nybro started in 2002 in connection with the Bond film “Die Another Day.” We have had visitors from New Zealand to China, USA, Japan, Jamaica from all over the world. Some visitors have their own Bond history to tell, where they have visited Bond places and met various Bond actors over the years. The number of visitors to the Nybro 007 museum has grown from about 100 visitors in the beginning to today about 5,000 to 6,000 visitors each year. On the www.007museum.com website, we have over 30 million visitors and 200 countries each month visiting the website.

You have a little bit of everything on display, even some of the cars driven by Bond in the movies. How did you go about obtaining the pieces for the museum? How about the cars?

You changed your name to James Bond and play the role for visitors to your museum. How does that add to the experience for a visitor?

I changed my name in 2007 and got it approved by the Swedish tax office. [The year] 2(007) occurs only once per thousand years…So the next one who wants to be renamed Bond … James Bond will be first 3007. Since I have a mobile number and home number that ends with 007, registration plate on the Aston Martin [007 JB], seven degrees on the fridge 007 over my door in my house in Kalmar called GOLDENEYE, I want to feel the presence of Bond and Ian Fleming in my life all the time. I tell my visitors that come, in the cinema I show a documentary about my life and history for all visitors so that they understand my situation in a serious and credible manner. 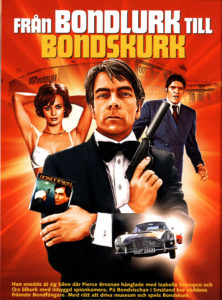 You named your home GoldenEye after the Bond movie, so we guess that’s one of your favorites? If you had to name your Top 5 Bond movies, what would they be?

That’s right Goldeneye is my No. 1 Bond movie.

Are there one or two Bond movies that are your least favorite?

In my opinion, “Die Another Day” in 2002 was the worst movie technically [with] sounds [like] tsunami waves and surfing animated in a computer, really low and unimaginative script by producers Barbara Broccoli and Michael Wilson, who had lost the red thread. The producer Albert “Romolo” Broccoli’s last Bond movie before he died “License To Kill” in 1989 became the worst before he left, was too violent with bloody shark scene, the opium cartel with violent scenes, nothing like a Bond movie to show on the screen. 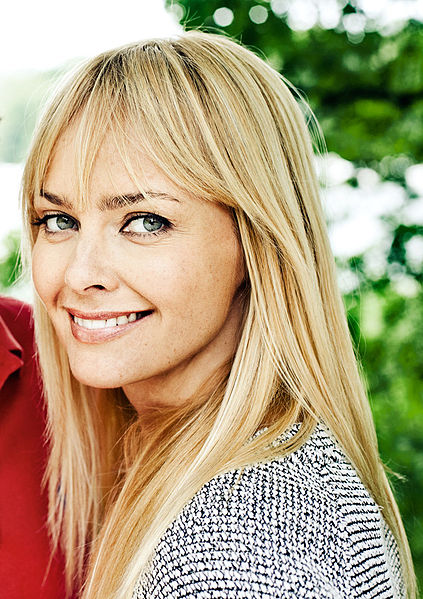 Sweden has had a handful of Bond girls. Do you have a favorite Swedish Bond girl? What about overall, who is your favorite Bond girl (Swedish or non-Swedish)?

When “GoldenEye” came to the cinema after six years from 1989-1995, Pierce Brosnan came in as Bond with the Swedish Bond girl Izabella Scorupco, their scenes together mainly on the beach where Bond tries to find himself were very emotional, it reminds me a lot about my own life, it also became the start of my Bond museum. I had met my girlfriend in the summer of 1995, I had found my great love. The first movie we saw was “GoldenEye.” She died in 2011 in a fire accident. In “Casino Royale (2006)”, Bond’s girlfriend Vesper dies at the end of the movie in a lift in the water. In “On Her Majesty’s Secret Service,” Bond gets married but his wife Tracy di Vicenzo is killed at the end of the film. In a way, it’s the same feeling for me in my real life. My girlfriend dies.

What’s next for the museum?

I’m constantly being contacted by people from all over the world who want to sell Bond props. The latest in the line is from England. Warwick Jacobs who started the world’s only Hovercraft museum in Portsmouth/Gosport [United Kingdom], he wants to sell a Hovercraft Osprey that Pierce Brosnan drove in “Die Another Day.” Warwick received the Hovercraft by EON for his work on film recording in 2002. It was intended that they would use Ekranoplan in the 007 movie but there was no one to get in England so it had to be Hovercraft instead. I have visited Warwick in Portsmouth and will be there when we will test the Hovercraft before being transported to Sweden and the Bond Museum in July this summer. I try to expand and develop all the time every day happens something new.