For Magaritys, March Madness Is A Family Affair 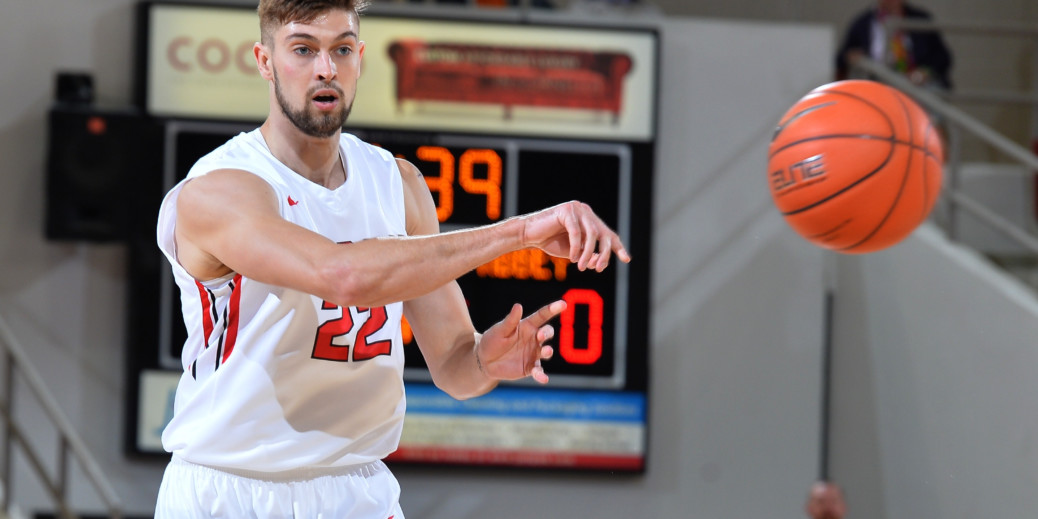 For Magaritys, March Madness Is A Family Affair

Growing up in Sweden, one of the constants for Will and Regan Magarity was basketball.

The other was each other.

Their father, William (Bill) Magarity, starred as a basketball player at the University of Georgia before a long professional career in Sweden, where he met their mother, Ammi, also a star hoopster who played for the Swedish National team. Bill Magarity transitioned to coaching and guided several club teams in Sweden and also coached in Germany, Austria and Saudi Arabia.

“We moved around a lot growing up,” Will Magarity said. “We only had each other. When we were traveling, we were each other’s best friends. We’re still that and still care about each other. I’m her biggest fan and she’s my biggest fan.”

Sister Regan Magarity added: “Me and my brother are very close. I am his biggest fan, and he is mine. We communicate with each other often, whether that is texting, calling or visiting each other. I think that we both know that we support each other and would do anything to help one another.”

Tonight, all eyes of the Magarity family, which includes a trio of college basketball coaches, will be on Will, whose Davidson Wildcats will face off against another group of Wildcats, the ones from the University of Kentucky, in the first round of the NCAA men’s basketball tournament.

Will Magarity, a 6-11 senior, is a key reserve for Davidson, averaging six points and four rebounds in 20 minutes a game. A big body who bangs bodies inside and crashes the boards, he also can step outside and drain 3-pointers – he’s made about 40 percent of his attempts from beyond the arc.

His biggest fan, Regan Magarity, just finished her regular season at Virginia Tech, where she ranked third in the ACC with 9.5 rebounds a game and just outside the Top 20 in the league in scoring with 13 points per game. She and the Hokies are currently battling it out in the NIT for postseason play.

“It is difficult to be able to see each other play on set due to the busy schedule we both have,” Regan Magarity said. “In season, our schedules kind of overlap. But if I’m not able to see him play on set, I either watch it on TV or follow his team online. We are constantly up to date of how the team is doing and how we are doing individually.”

Added Will Magarity: “Watching each other play, it happens far fewer times than I’d wish.”

Will Magarity told us last year that he was exposed to the idea of going to school in the States. With help from his parents and coaching family, he chose Boston College but decided to leave for Davidson after his first year when the Eagles dismissed their coach.

“It’s a small school,” he told us last year about Davidson. “There’s something special about this place, at least for me. I haven’t regretted a day since I stepped on campus.”

“The reason I decided to come to Tech was because of the family atmosphere and Hokie Nation,” she said. “I think that the support we have at Virginia Tech is amazing. It is a beautiful campus, and what set Virginia Tech apart from the other schools was that I felt at home.”

Regan Magarity, a 6-3 junior forward, endured a leg injury her freshman year that required surgery and limited her to five games. Her past two seasons – 13.5 points/9.6 rebounds per game last year and 13.3/9.5 this year – have been near-mirror images of each other as she has become one of the ACC’s premier inside players.

This past season, she racked up a career-high 28 points in a win over Radford and recorded a dozen double-doubles in starting all of the Hokies’ games. In a January loss to Miami, Magarity reached the 1,000-point milestone for her career.

“It was an amazing experience,” Magarity said. “Coming into college, it was never something I really thought would happen, but being able to reach that milestone was special. I’ve been lucky enough to have some great teammates and coaches who have put me in a position to be successful, and I couldn’t have done it without them. I am very thankful for the people that surround me, have helped me grow and believe in me.”

“She really takes after our father; she’s the tough one, she doesn’t back down from anything,” he said. “Whenever I went to work out with my dad, she was there. She was doing the same things that her older brother was doing, doing things just as well as me…she’s always been that tough player, that gritty player that doesn’t back down from the mix.”

And what does Magarity think of her big brother, who will play on college basketball’s biggest stage against one of the bluebloods of the sport?

“I think that we are alike in the way we view the game, we have a high basketball IQ,” Regan Magarity said. “We are both very competitive and have a strong desire to win and succeed. Another similarity is that we can play inside and out, which opens up the floor. The difference is that he is a better perimeter shooter, and I am a better rebounder.”