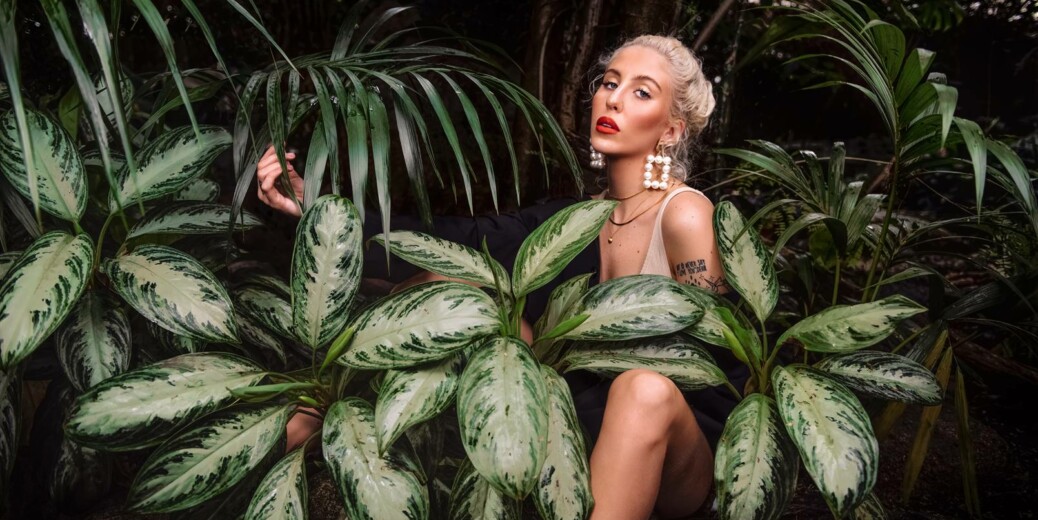 Chances are, you may know her name because of her famous father, but don’t be fooled: Peg Parnevik is making her own mark by becoming a rising star in the music industry.

Parnevik is the daughter of professional golfer Jesper Parnevik and granddaughter of Swedish comedian, Bosse Parnevik. And while she was born in Sweden, Peg has spent most of her life growing up in the United States in Jupiter, Fla. In fact, her family’s life has been on display as the stars of “Parneviks,” a popular reality show that has aired in Sweden since 2015.

In a family of performers, Parnevik has found her own spotlight.

Her debut single, “Ain’t No Saint” has 26 million streams, she’s earned a Swedish-Grammy nomination and Swedish P3 Radio Price granted her a “Rookie of the Year” award in 2017. You can read up on her other accolades and check out all of her music on Spotify.

Parnevik has released her own singles, but she’s also collaborated with artists like Sondr, SJUR and Boye & Sigvardt.

We caught up with Parnevik to learn more about her, her music and what she has planned next.

You spent a lot of time in the States growing up, but your connection to Sweden has remained strong through your reality show and your music. Can you talk a little bit about how you split your time and how you’ve maintained your connection to both Sweden and the U.S.?

I’ve lived in the U.S. for almost 95% of my life, but we would spend every summer in Sweden. My whole family lives over there: aunts, uncles, cousins, etc. I think I always feel more American in Sweden, and really Swedish when I’m in the U.S. Sweden is becoming more of a home for me, since I spend so much time there writing music, but at the end of the day when I think of my house and my family, I think of Florida. All in all, I would say my attitude is American and my politics are Swedish.

We made the joke a few weeks ago that the Skarsgårds were like the Swedish Kardashians, but maybe we were wrong. What was it like shooting the “Parneviks,” and what impact has that had on you and your family?

Haha, I guess that’s a compliment! It was such a wild experience with a lot of highs and lows. It was amazing to do as a family, and I think we became a lot closer because of it, but we had our moments. It was really intense at certain points. I mean we had to live out our issues and fears and craziness in front of the whole country. But I think if anything, it showed people that we’re all just human and every family is just as crazy and dysfunctional as the next! 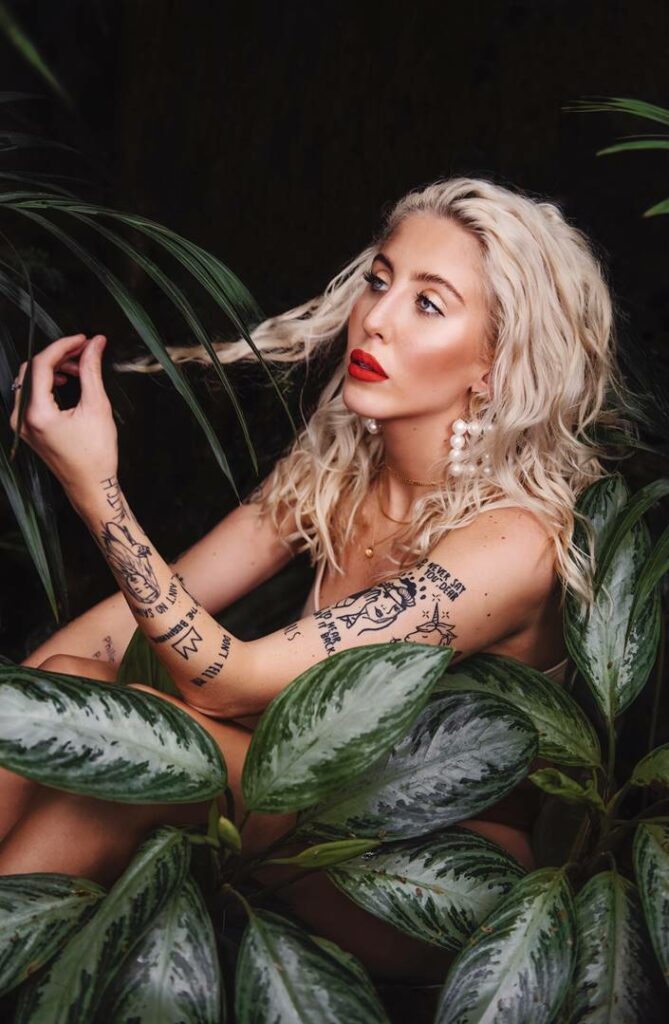 You mentioned Haley from Paramore in an Instagram post the other day, but in addition to her, who are some of your musical inspirations?

I grew up listening to a lot of pop/skate punk. Bands like Mayday Parade, All Time Low, The Maine, My Chemical Romance, etc! I feel like at my core, I’m still that emo girl with too much angst and eyeliner. I still love that kind of songwriting and use it as inspiration today. Everyone loves an angsty teen anthem, right?

But my other musical idols include Lady Gaga, Ariana Grande, Halsey, Kesha, Lizzo. Basically badass, unapologetic women who are truly, 120% themselves. I love a “take no shit” kinda attitude.

If you could collaborate with any artist, living or dead, who would it be and why?

That’s a tough one! I would have to say Freddie Mercury. He’s such an inspiration for everyone out there just trying to figure out who they are and how to be more of themselves. He never compromised or bended, but instead went the other way, fabulously over the top.

The Umgås team loves to eat, but the Americans on board haven’t loved all the Swedish food (we can unanimously get behind prinsesstårta, though). What is your favorite Swedish food, and why?

Ooooh, I feel that! I’m not really down with all the fish and meat dishes. Hands down, the Swedish cinnamon bun! You think you’ve tried a cinnamon bun before, but this is on a whole new level. The whole fika culture is something you have to experience firsthand.

We hear once you wrap your time in Sweden, you’re coming to L.A. to start writing. Can you give us any scoop on what you’re working on?

Yes! I’m super excited. I think 2020 is gonna be the year of Peg. Female pop is having a moment right now, and I’m so happy about it. I’m hoping to write a ton of fun, in-your-face pop anthems about empowerment, loving yourself, knowing your worth, getting that money! Just living for yourself and on your own terms.