Lotta From Stockholm Brings Fresh Style to the Classic Clog 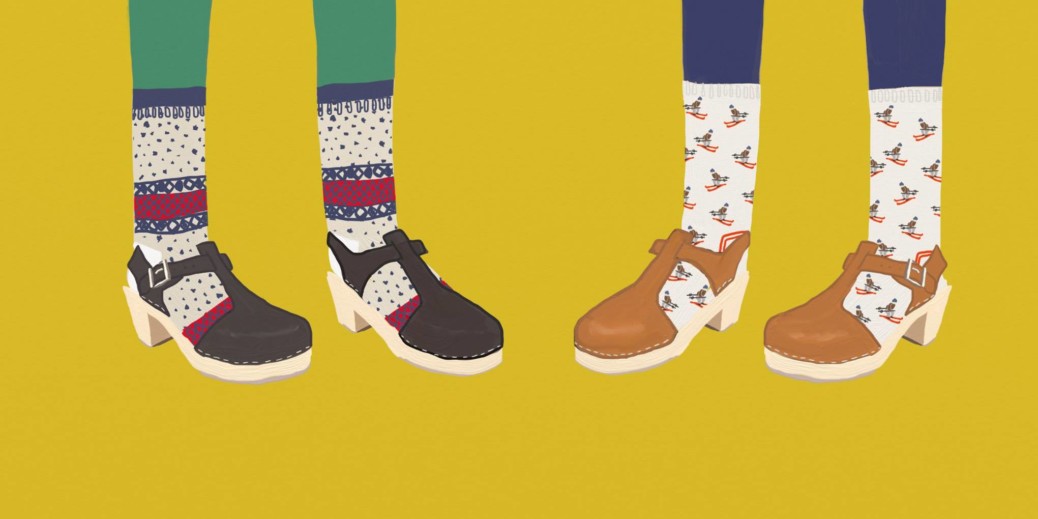 Lotta From Stockholm Brings Fresh Style to the Classic Clog

The classic wooden shoe may remind you of clogging, a traditional dance where the shoe is used to make beats during a routine (known today as one of the roots of tap dancing). Or, it may remind you of a history course you’ve taken, clogs often were worn by lower class members in Europe because of their durable makeup.

Clogs again are popular for regular wear around the world. Online retailer Lotta From Stockholm, which curates and produces clogs of all styles, is making a name for itself among those in on the trend.

Lotta from Stockholm got its start about nine years ago, when owner Lotta Soderholm bought a pair of clogs while on a trip to her hometown in Sweden. After friends in London noticed Soderholm’s new “old” shoe, they asked her to bring back pairs for them. She quickly found herself without enough room in her car to transport the clogs family, friends and friends of friends were asking her to bring back.

Clogs were back in, and Lotta was the source.

Soderholm reached out to a Swedish clog maker, who would ship clogs for her to sell to those interested. She and her husband Jonny started selling the clogs at local markets in London.

Fast forward a handful of years, and Lotta From Stockholm is shipping clogs – as well as boots, rugs, blankets and accessories – worldwide. Within the past two years, its products have expanded into about 30 storefronts worldwide.

As far as the storefronts go, Soderholm hadn’t planned on it.

“We haven’t been looking for it, but they have found us, and that is very nice,” Soderholm said.

The first clogs Lotta From Stockholm sold were one of their classic styles – the “Highwood Tan Clog.”

Today Lotta’s website features clogs of several different styles and colors, including peep toe, and braided sandal that are available in colors like purple, yellow, orange and of course brown and black. All of the clogs are made with a wooden base and a leather top.

Soderholm said she’s still in disbelief sometimes about the popularity of her business, which has more than 35,000 followers to its Instagram page.

“I still can’t get it that so many people around the world are buying our clogs and love them,” she said.

“It’s hard to say, we have a new website coming soon,” said Soderholm, adding that she’s looking for vegan leather options to replace the leather tops for vegan customers.

But one thing is clear: shoes of the past have made for a bright future for Lotta From Stockholm.