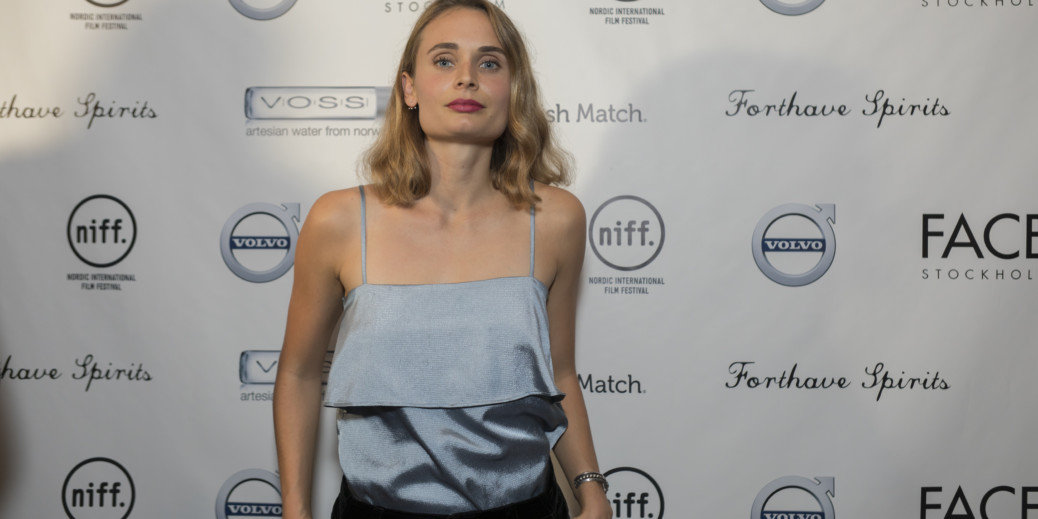 NEW YORK – Malin Barr has a knack for accents.

The Swedish-born actress known for her work on CBS television series “Bull” and films such as “Bed Bugs & Company” and “First Love,” just wrapped a theatre production that profiles one of the first all-female baseball teams in Charleston, S.C., after the Civil War.

Barr describes her character “Clara” as a “Southern Belle from the 1800s.Talk about an accent to take on.

Umgås caught up with Barr on the red carpet at the Nordic International Film Festival in New York City about her upcoming projects and what it’s like being a Swedish actress.

“I think it’s challenging in a way to move over from Sweden,” Barr said. “I’ve always looked for more challenges, so staying in Sweden was never an option for me. You have to be hungry to do things.”

Barr is no stranger to the festival scene. She recently co-wrote and starred in “Hedda Needs Help,” a “quirky, dark comedy about a woman-creative in NYC whose ambition literally kills her shot at success.” The short film screened at London’s New Renaissance Film Festival and the Broad Humor Film Festival in Los Angeles.

Barr appreciates how NIFF celebrates Scandinavian and Nordic films and is a big fan of organizers Linnea Larsdotter and John Matton. She expects big things for the festival in years to come.