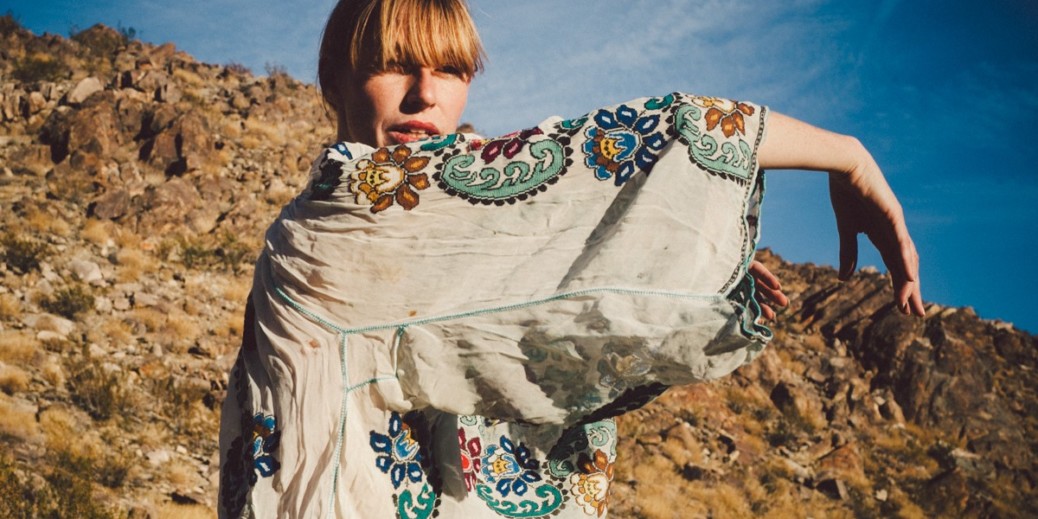 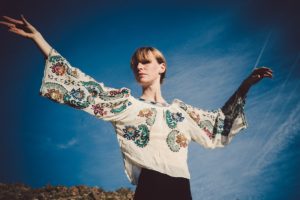 From the first sounds of a Dallas Acid song, listeners embark on a journey, an escape to somewhere other than reality.

Synthesizers, drums and an occasional gong border on mesmerizing, with songs meandering through a maze of ambient orchestration rather than the heavy metal or death rock its name might foretell.

“It’s so different from anything else I’ve been involved with,” drummer/singer Linda Beecroft said. “I’ve been describing it a bit like looking at an abstract painting. We build landscapes with sound…the kind of show you go to and feel like you’re in another world.”

For Beecroft, it is another world from Örnsköldsvik, the small town in Northern Sweden where she grew up, and from the glitz and glamour of being a runway model for some of the biggest names in fashion.

Growing up, Beecroft had two passions: music and photography. When she was 15, she joined her first band and also started taking photos for the local newspaper. On one hand, Beecroft thrived being on stage, playing in rock and punk bands. On the other, she relished the solitude of being in the darkroom. 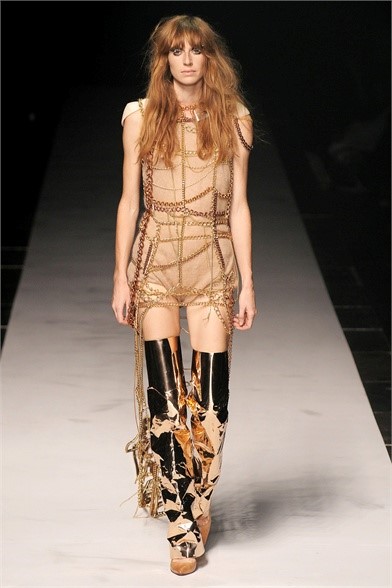 “Nobody I knew was really doing anything artistic at that point,” she said.

When she was 19, Beecroft sought to live somewhere warmer and where English was spoken and moved to London. A few months later, her life changed.

While working at a vegetarian café, a model scout for different agencies asked if she could take a Polaroid. Shortly after, Beecroft got a call back and met with an agency. The next day, the agency sent her out for a casting.

“I thought it sounded really interesting,” Beecroft said. “Wow, this is something else. Because I had such a huge interest in photography, it was even more exciting.”

The things she loved the most were about to become a reality: photography, travel, independence at an early age.

Boasting a thin and nearly 6-foot frame, Beecroft often was called on for runway shows, including at Fashion Week twice a year. Among the designers she walked for were Armani, Gianfranco Ferré, Martin Margiela and Vivienne Westwood, and she could be seen in the pages of Vogue Italia, Elle (France), i-D and Bare Journal, to name a few.

“I really loved that; the runways were very exciting,” she said, adding later, “I was never a super model or anything. It was just my little job I did for a few years.”

That little job took her all over the world, including London, Paris, Milan and New York.

“I fell in love with New York the first time I visited,” Beecroft said.

In 2006, at the age of 25, she moved to New York. One day while walking down the street, she was stopped by Tommy Eisner, who would become her long-term collaborator.

Together, Eisner and Beecroft started a band called Golden Animals, and in 2007, they decided to move to Salton Sea, Calif., where they house-sat for author Gordon Kennedy. She could focus on her own artistry, and they could play music any time of day.

“It was the most important thing I’ve done in my life,” Beecroft said. “The desert was life-changing. I learned so much from being out there. Just open skies, open land and learning every day and getting better at what you do.”

Golden Animals, who Beecroft described as a 60s pop-rock band reminiscent of The Doors, The Kinks and The Animals, toured around the country and Europe in support of albums like the acclaimed “Free Your Mind Win a Pony” and 2013’s “Hear Eye Go.”

In 2014, Golden Animals decided to split. Beecroft was living in New York with her partner Michael Gerner, who with longtime friend Christian Havins had been recording ambient synth-scapes under the name Dallas Acid since 2007. It wasn’t until Beecroft and Gerner moved to Austin, where Havins lived, that Dallas Acid became the trio it is today.

“A lot of people don’t know what to think,” Beecroft said of Dallas Acid. “They just like it.” 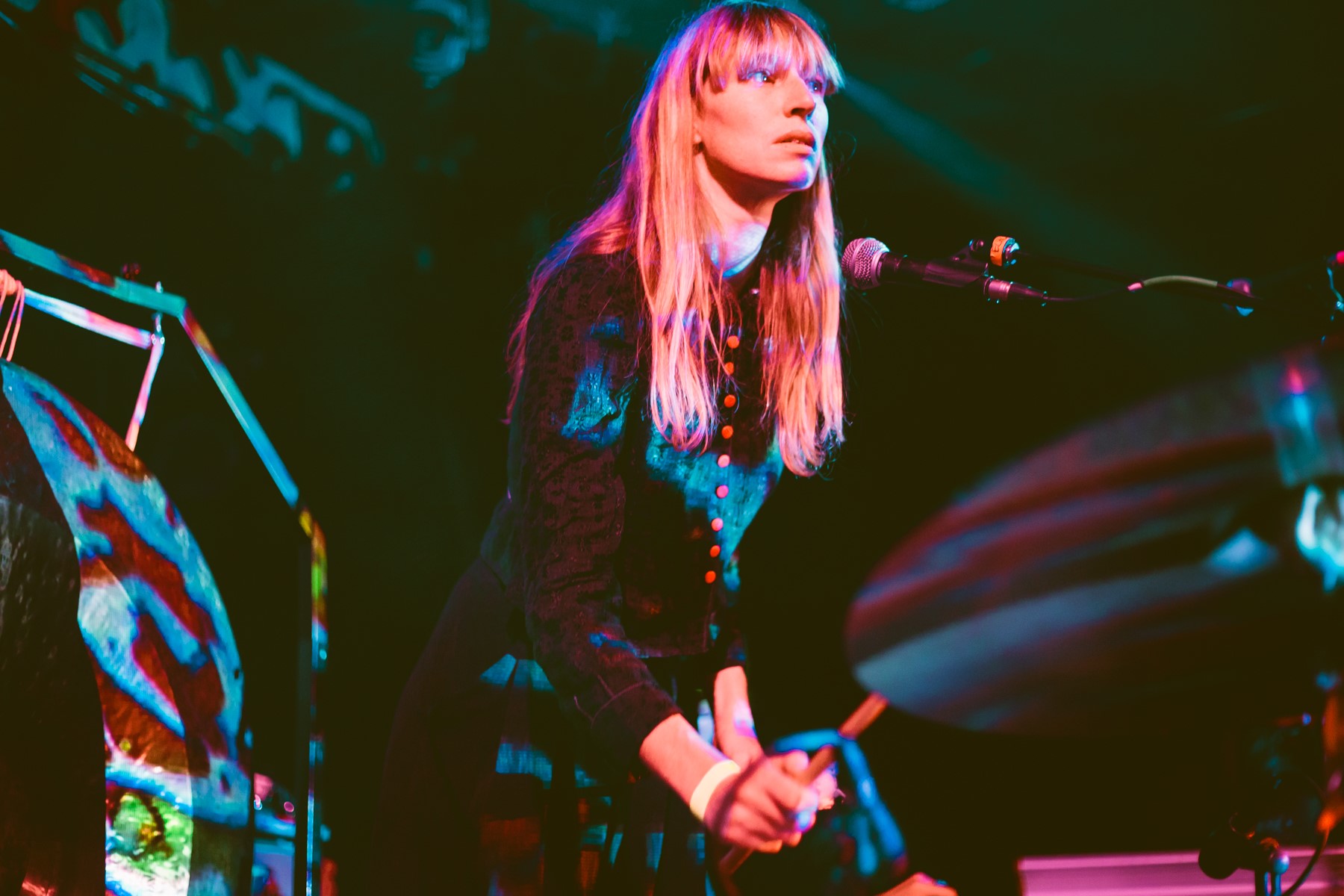 The band, whose members all hail from previous rock bands, has composed music for films and serene sounds that are suitable for spas and played concerts at planetariums and art installations, among others. Beecroft plays percussion instruments and a giant gong, while her bandmates play analog synthesizers, including one called “The Brain,” a “huge wall of knobs and cables” that Gerner has been building for about 10 years.

Gone are the days when Beecroft would call her modeling agency around 5 in the afternoon to see what the next day’s assignment was.

“You didn’t really know what your day was going to be like,” she said. “I miss that aspect.”

Although Beecroft still does some modeling here and there, carefully choosing a handful of jobs a year, and her passion for photography persists, her world is all about taking listeners out of their world.

And that model sounds just perfect to her.