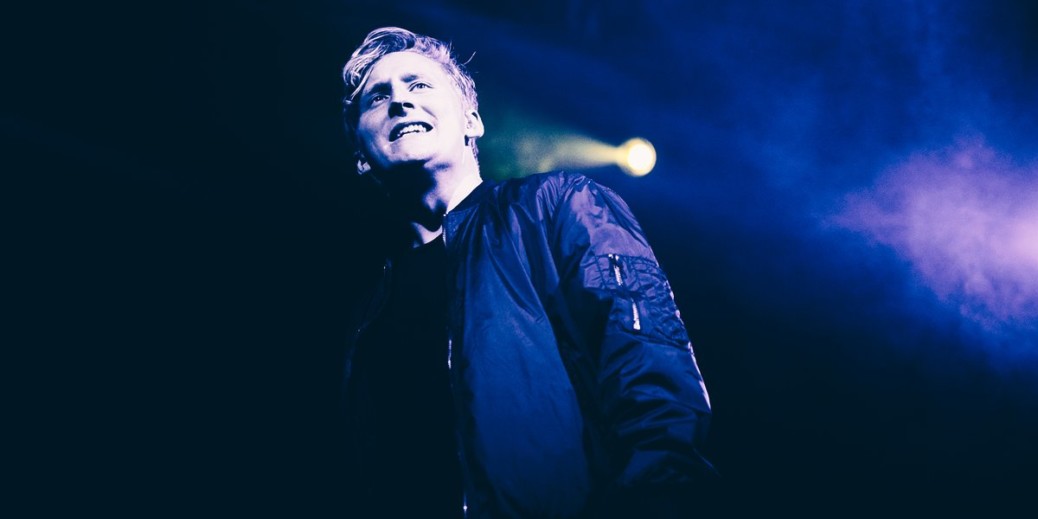 On a recent trip to L.A., we had the chance to see Stockholm-based band Like Torches as part of Yellowcard’s Final World Tour.

We caught up with one of the band’s vocalists, Jonathan Kärn, to learn more about the band and their experience touring in the United States.

The band was founded under another name back in 2008 by Daniel [Kärn] and Zak [Faleij]. I know both Daniel and Zak were new to their instruments and wanted to see if they could write songs together. I remember them getting fans instantly in our neighborhood; their music was different from the darker metal music we have in Sweden.

Around 2010, I joined the band, and we all agreed we wanted to start touring. So, we toured a lot in Sweden, and we did small tours in the UK and EU. After that we reached out to Ryan Key [of Yellowcard], asking him to co-write a song with us. Which he did, and he asked us to record our whole record with he and Ryan Mendez [of Yellowcard] in L.A. This is year 2012; that’s when things really started to happen for us. 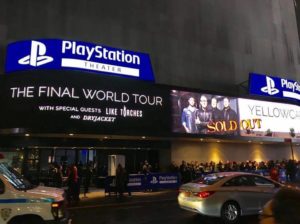 After releasing “Keep Your Head High,” we toured with Yellowcard in EU/UK, we did the “Beyond the Blue” tour in
Japan with We Are the In Crowd, Hit the Lights and Set It Off. We also got to do Warped Tour EU and many other festivals and tours around EU.

Coming back from all that, we wrote our latest record “Shelter.” This time we wanted to do it in Stockholm, and Ryan Key offered to produce it, so we flew him over and recorded everything here in Sweden. After releasing “Shelter” (February 2016) we played a couple of hometown shows, and now we are on “The Final World Tour” with Yellowcard, as main support on the U.S./AU and Japan shows, which is unreal.

Your previous band name was You Ate My Dog. What’s the story behind that, and why did you make the switch to Like Torches?

Daniel and Zak told me they both made a list of stupid band names and basically picked one they thought was stupid and funny. During the years the band started doing things we never imagined we would ever get to do. So, we decided to change the name to Like Torches, which is the name of one of the records we released with You Ate My Dog.

What are some of the band’s musical influences? 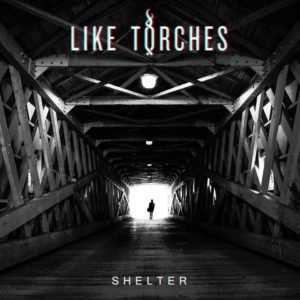 How does your Swedish background influence your music?

Sweden writes a lot of great pop music, and in the rock scene a lot of people are into metal.

We want to play punk rock music, but influences of pop and darkness from metal is hard to overcome.

Your new album “Shelter” came out this year. What were you hoping to accomplish with it?

We started to write songs for “Shelter” pretty soon after releasing “Keep Your Head High.” I feel like “Shelter” is a compilation of everything that happened to us after we started to do real tours and how we all felt during that process. We didn’t decide what to communicate. I guess we just wrote down what we felt was right.

Tell us about your favorite touring experience.

This tour that we just did with Yellowcard in the U.S. is definitely the coolest touring experience for me. We got to tour the whole country, and that has always been a dream of many of the guys in the band. Japan was also surreal. We can’t wait to go back to Japan.

What’s the craziest thing you’ve seen at one of your shows?

We played a show in Glasgow, and a couple of guys showed up in skeleton masks, moshing like crazy the whole set. If you’ve seen our music video “Skeletons”, you will understand. That was soooo cool.

What’s the biggest difference between playing shows in Sweden and playing in the US?

Hometown shows in Sweden can be amazing. But people in the U.S. seem to like the fact that we’re from Sweden. I don’t know why, but it’s really awesome.

Last but not least… would you rather have a dragon or be a dragon?

To keep up with Like Torches, follow along on their Facebook page. In March, the band will be back in the United States for the last four shows of Yellowcard’s Final World Tour.