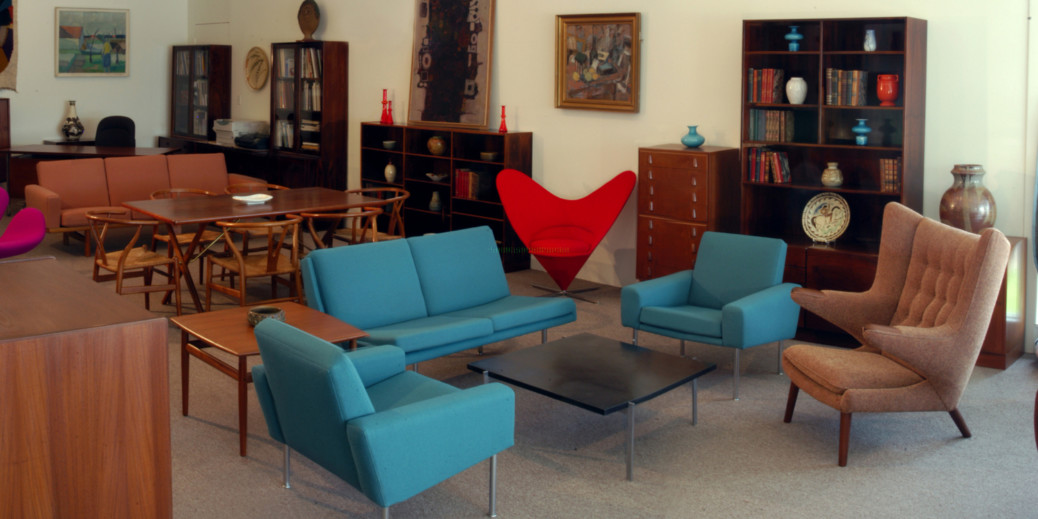 Ikea isn’t the only place where you can find Swedish designs. Wayne Guy has been selling vintage Scandinavian furniture for more than 25 years from his Los Angeles, Ca. shop Denmark 50.

All furniture at Denmark 50 is both authentic and original from a number of 40s 50s and 60s designers from Sweden and Denmark. Shipments that arrive from the Scandinavian countries are held in the warehouse, where pieces wait to be evaluated and then perfected.

“We restore the pieces and reupholster them. We do anything that needs to be done to bring them back to when they were original,” said Guy.

Once quality is assured, shoppers (and window shoppers) can look through the large Scandinavian selection of tables, light fixtures, sofas, décor and more in the showroom.

“A lot tourists from Scandinavian countries come in and say it’s like being home,” said Guy. “Sometimes they even recognize a few pieces their grandparents use to own.”

Guy has plenty of designs in his inventory from ‘the big names in Sweden’. These are some of the Swedish designers whose works of art can be seen and purchased.

Born in Arvika, Sweden, this Swedish furniture designer is known for her modern styles. A number of pieces from her ‘Paradiset’ collection are showcased and sold at Denmark 50. Her designs range anywhere from $3,000 to $20,000.

Among one of the most influential Swedish designers, Carl Malmsten was a forward-thinking professional who valued Swedish craftsmanship. The artist and designer founded two schools, the Carl Malmsten Furniture Studies and Capellagårde, both located in Sweden. His designs sell for $3,000-$6,000 at Denmark 50.

Johan Patter, also known as JP, was a Swedish inventor who obtained more than 100 patents for his creations. He left his legacy Enköpings Mekaniska Verkstad (the Mechanical Workshop of Enköping) to his son and B.A. Hjorth & Company, who distributed his products. Denmark 50 currently has JP’s “Triplex” Lamp and others in its inventory.

“A lot of his lamps are sort of industrial looking and painted on, people seem to really like his lamp designs,” said Guy.

Ekström was jack of many trades, a designer, wood carver, sculptor and architect. His chair, Lamino, was voted “Best Swedish furniture of the 20th century by Swedish interior decoration magazine Sköna Hem’s readers.

For more information on the store, visit Denmark50.com.