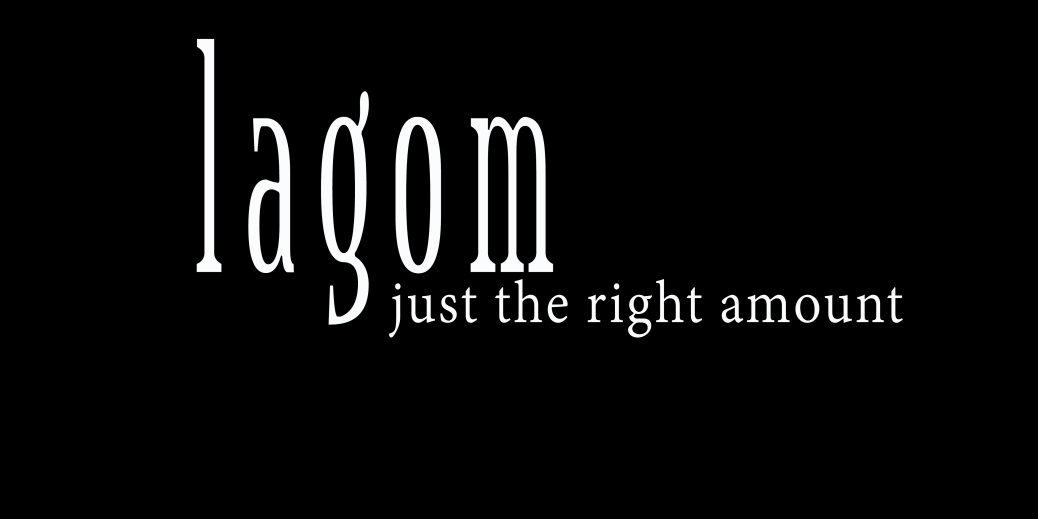 In a world that often is filled with noise and desire to own more and be better than everyone else, it can be hard to take a step back and appreciate what you have. It can be even harder to appreciate what someone else has without wanting it for yourself, particularly wanting it without putting in the same level of hard work that it took them to get where they are. That is, unless, you really understand the Swedish concept of lagom.

If you are new to Sweden or Swedish culture, it is easy to misinterpret this concept as coldness, aloofness or uncaring. But this couldn’t be further from the truth. It is based on the idea of caring, of the community and of not putting yourself above others. To understand it fully, you need to start with its loose translation into English, which is “just the right amount.”

Where Does It Come From?

The term can be traced back to the 8th century and what is commonly known as the Viking era (but, as we know, Viking described what the Norse, or Northmen, of the time did, not who they were). While the common perception of the Norse is that they were a war-like race that pillaged their way across much of the then-known world, their lives focused on community. The term then was “laget om,” which quite literally means “around the team.” This was important to the Norse people’s code of conduct in every aspect of life, right down to the communal drinking horn and sharing of mead or mjöd.

How Does It Present Itself in Modern Sweden?

Simply put, it is still there in every aspect of Swedes’ lives. It guides how people act and interact with each other, and the choices that many people make. While they still strive to accomplish in the workplace, they don’t feel the need to shout about these achievements, or to belittle those who achieve less. The achievements are left to speak for themselves. When it comes to the choices that people make, they are most likely going to go for the middle ground, rather than the extremes.

For instance, Swedes might answer a simple question like, “How much milk do you want?” by saying “Lagom.” Or, they might say, “OK, that’s lagom” when asked, “Tell me when.”