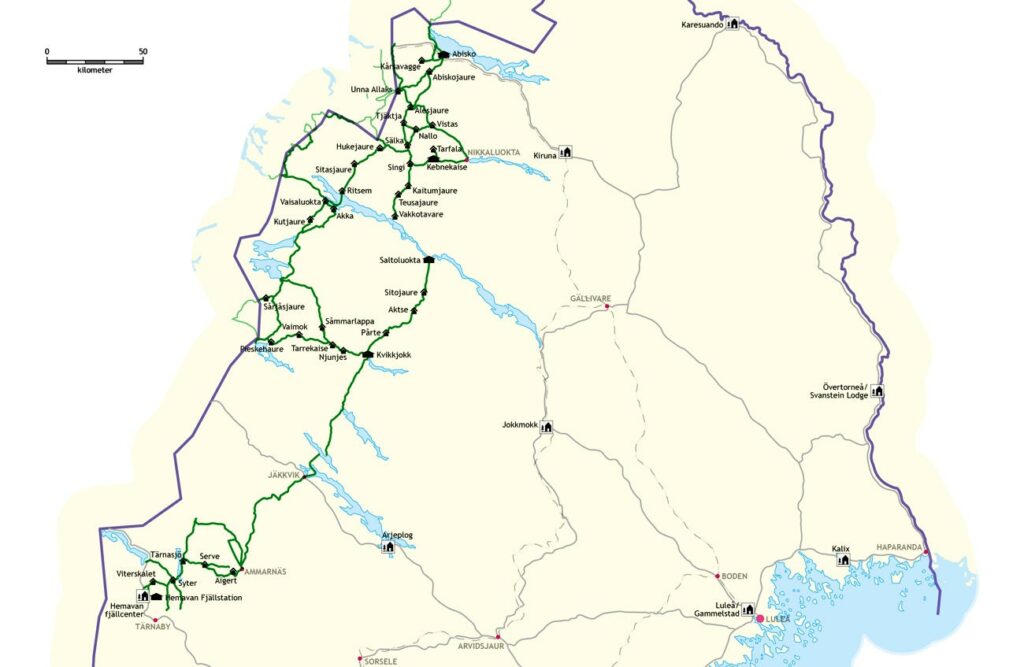 While putting together roundup of Swedish horror movies to binge before Halloween, we came across Kungsleden, or King’s Trail, which is featured prominently in “The Ritual.” In the film, King’s Trail is portrayed as a beautiful, yet terrifying place, playing the home of a menacing being that haunts a group of four who are hiking the trail after the death of a friend.

In reality, Kungsleden is one of Sweden’s most-famous and beloved hiking trails. Situated in northern Sweden, the trail stretches 270 miles (440 km) and lies between Abisko in the north and Hemavan in the south. But it’s not just Swedes who have esteem for the trail: National Geographic named it as one of the best hikes in the world.

The trail itself is a window into all the beauty that Sweden has to offer. From snowcapped mountain peaks to flowing waterfalls, the trail offers walkers, and skiers in the winter, no shortage of breathtaking visuals to take in along the way.

Peter Potterfield is a journalist and author who has spent his career writing about wilderness and adventure. In his 2005 book, “Classic Hikes of the World: 23 Breathtaking Treks,” Potterfield included Kungsleden.

Describing its beauty, Potterfield wrote, “In the extreme north of Sweden, well inside the Arctic Circle, hides the last genuine wilderness in Western Europe. This is Lapland, and through it runs Kungsleden, a 270-mile-long route that cuts through the heart of this expansive landscape of big Arctic valleys, birch forests, hidden glaciers, powerful rivers, and the highest mountains in Sweden. The sheer scale of Kungsleden is astonishing, the Arctic landscape so big and open I felt I could walk for days and not run out of room.”

For hikers who plan to tackle all 270 miles, it is suggested to allot nearly a month of time. If a month away from home is not possible, the trail also is able to be broken into more manageable stretches that can be completed in as little as a week.

And if we’re using Kungsleden as a case study, it’s no wonder why in 1994, Sweden implemented the Right of Public Access, or Allemansrätten, which allows citizens to freely roam where they please on all public lands — as long as long as they’re not on private property and they follow one rule: do not disturb, do not destroy.