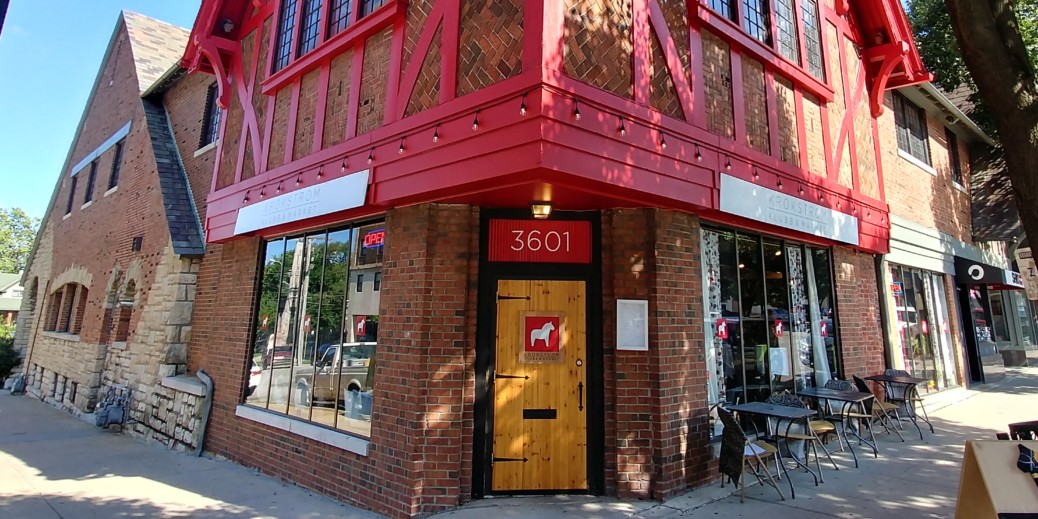 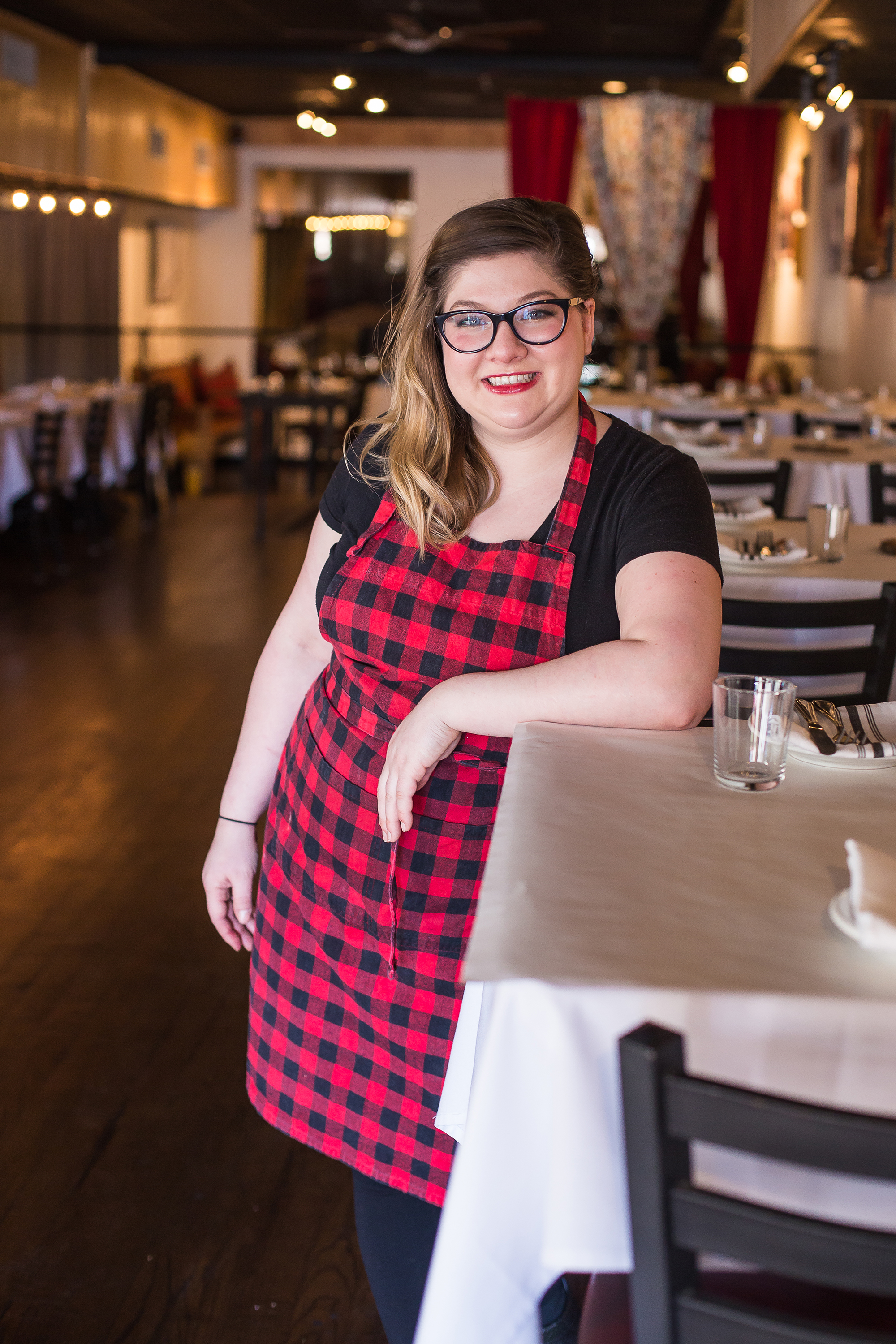 The name “Krokstrom” draws on McLean’s great-great-great grandfather Anders Gustaf Krokstrom, who immigrated to the United States from Dalsland, Sweden in the 1860s, while “klubb” is a nod to the Swedish word for “gathering place.” The market half of the Scandinavian eatery pays homage to McLean’s great-great grandmother Hazel Krokstrom’s meat market in the nearby town of Elsmore, Kan. It sells imported goods like mead, aquavit, Danish cherry wine, mustards, jams, candies and Scandinavian cookbooks.

Working in restaurants since she was 14, McLean started as a food-runner and hostess. Her foray into the kitchen happened when a salad guy quit one day, and she suddenly was put on salad duty. 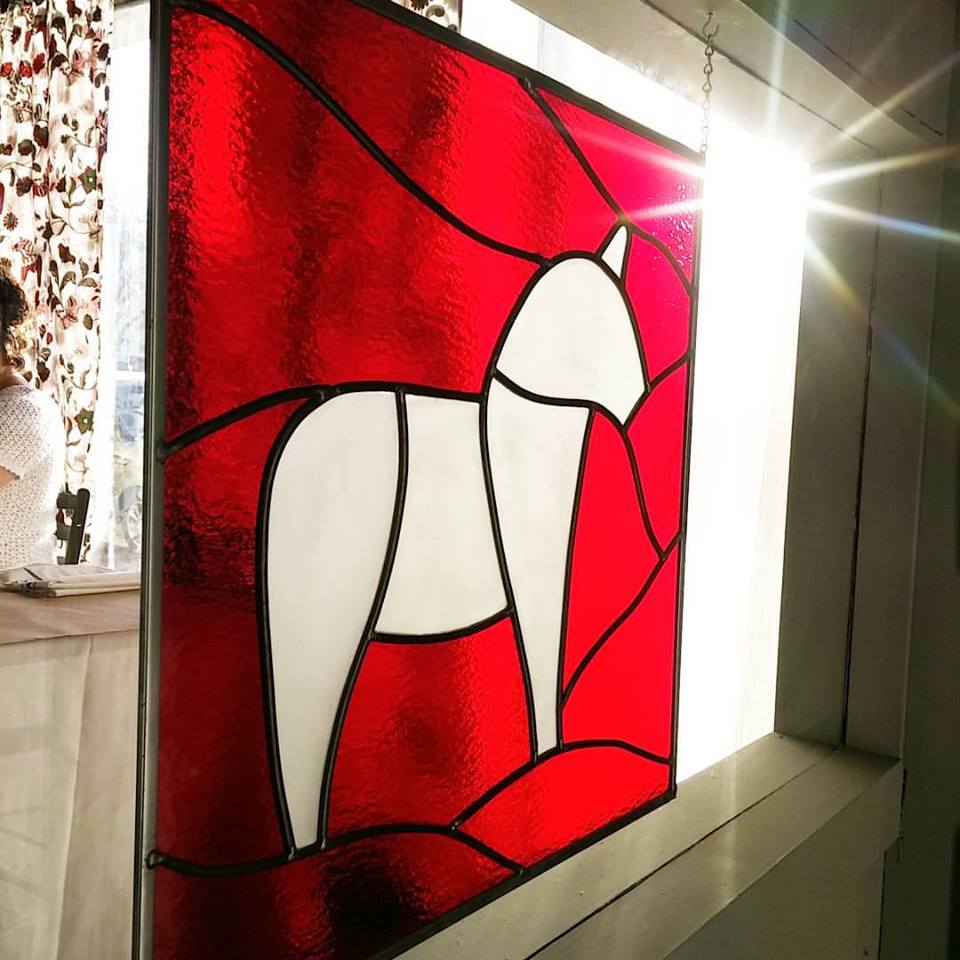 “Restaurants are where I’m meant to be,” she said. “I wanted to learn every position.”

After high school, McLean went to the University of Missouri where she studied food science, learning how to create new flavors. But after missing the hands-on kitchen work from her restaurant days, McLean transferred to Johnson County (Kan.) Community College, enrolling in its culinary program.

After college, McLean traveled to places like Hong Kong and Singapore, which got her thinking about her heritage.

“I dug in and thought, this is what I want to do,” McLean said. “Bring my culture to the forefront.”

With her family’s Swedish roots and recipes, McClean had plenty of background on Scandinavian food, but she needed to know the ins and outs of the restaurant business if she wanted to open a restaurant of her own. So, she immersed herself in the hospitality industry working for Kansas City restaurants like Dean & DeLuca and The Classic Cup. 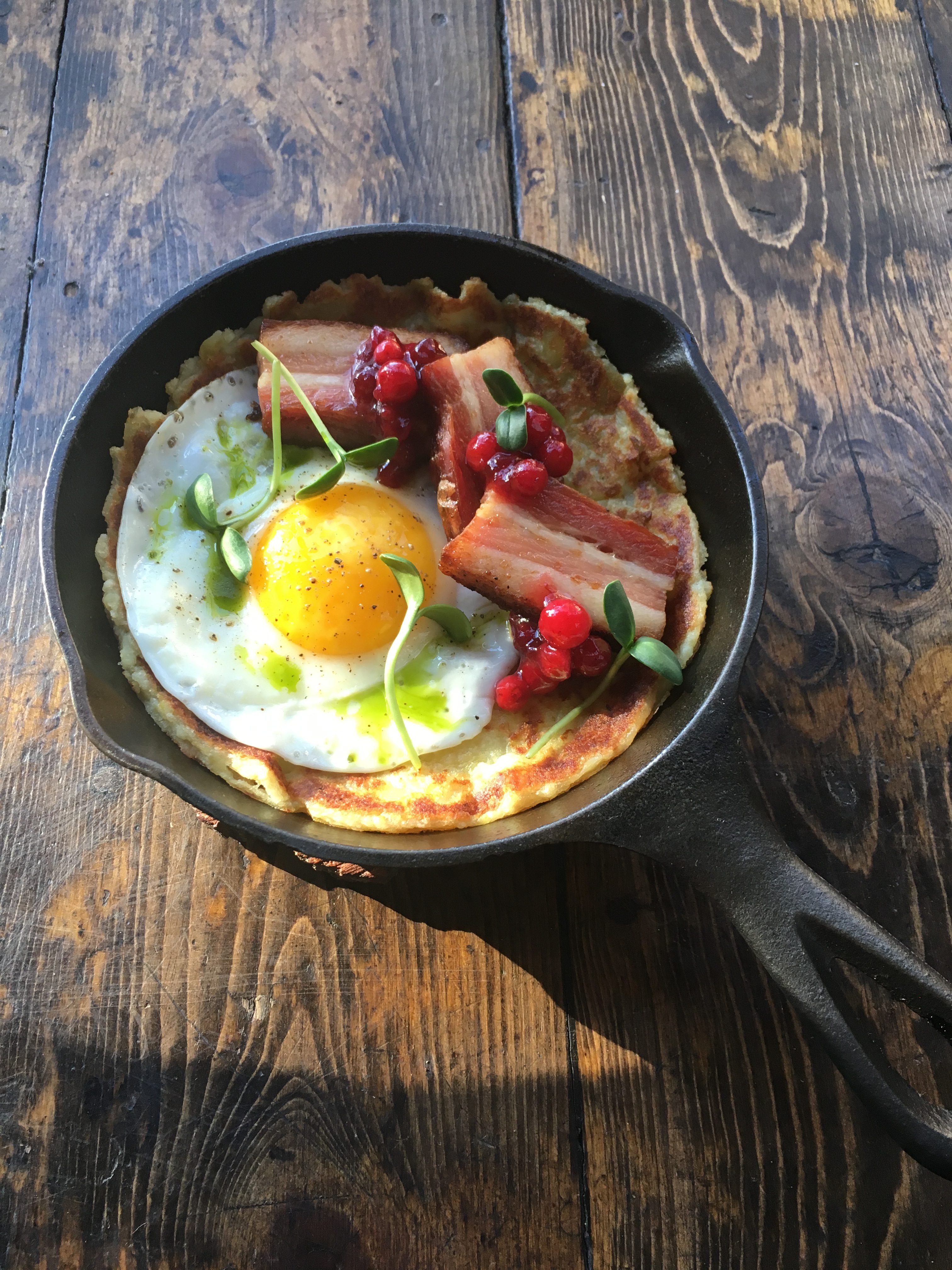 “These are the things I grew up with,” she said.

While the Nordic food movement overseas is all the rage, McLean opted for familiar and comforting Scandinavian food.

“I want this to be what your mother made you growing up, eating in Scandinavia,” McLean said. “That was the starting point.”

Housed in an old German beer hall in downtown Kansas City, the restaurant’s architecture was a natural fit for McLean’s restaurant concept.

“It screams Scandinavia from the outside,” she said with a laugh. 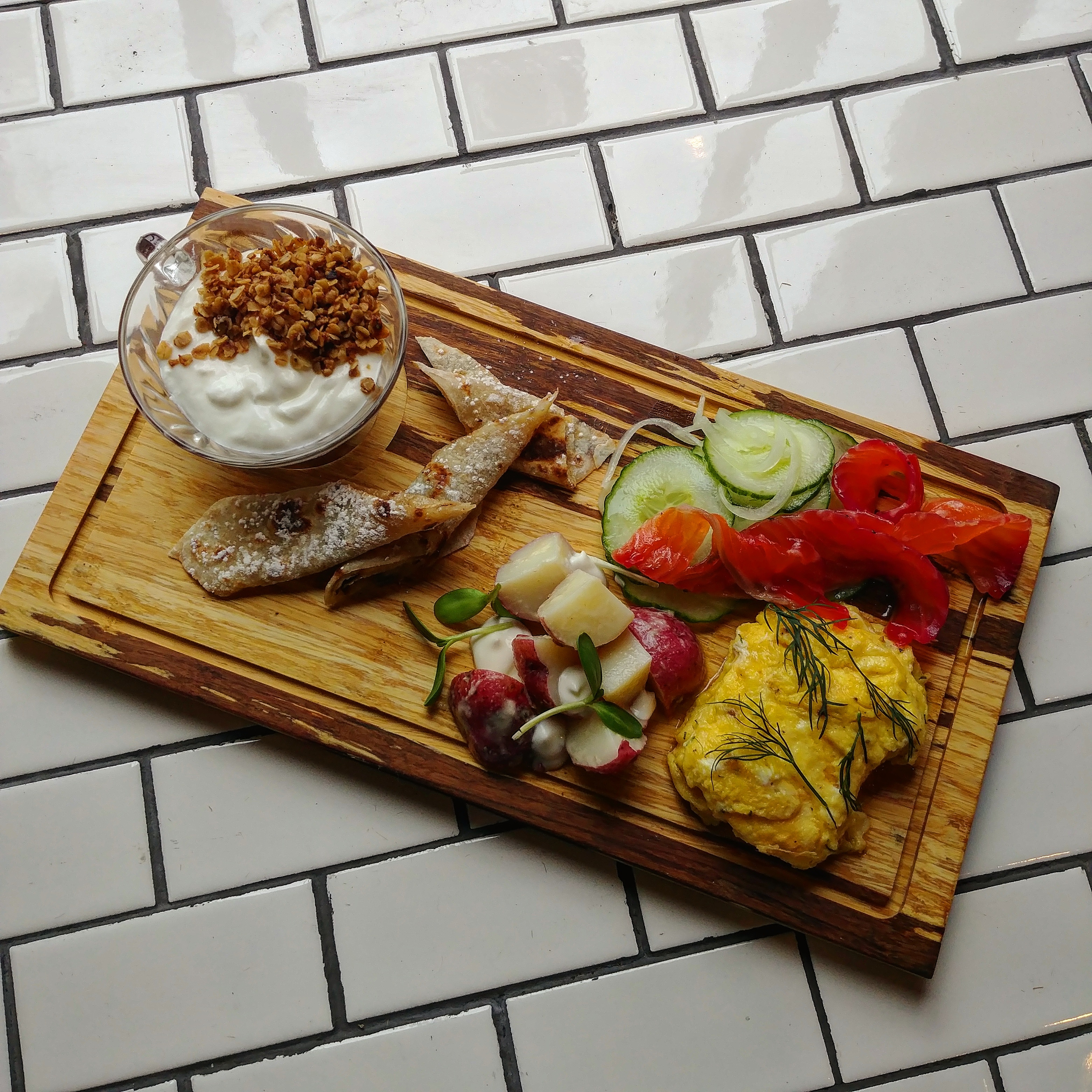 Dishes are traditional and authentic to Scandinavia. While she embraces her Swedish heritage, you’ll also find Danish and Finnish dishes.

To start, the Scandinavian charcuterie board is a favorite with customers. There is an array of boards to choose from with cured meats, cheeses, housemade pickles, imported mustards and other tasty accoutrements. The restaurant’s best-seller, the smörgåsbord is true to its name, including a little bit of everything – a combo of fish, meat and cheeses.

McLean doesn’t try to reinterpret, but embraces authenticity and origin with dishes like juustoleipä, a traditional Finnish baked cheese served with cloudberry jam.

“I want to be true to it and I want to respect it,” she said.

For the Swedish meatballs, another customer favorite, McLean uses a family recipe: “Your grandma’s recipe may be different, but this is how we do it and I’m very proud of our Swedish meatballs.” 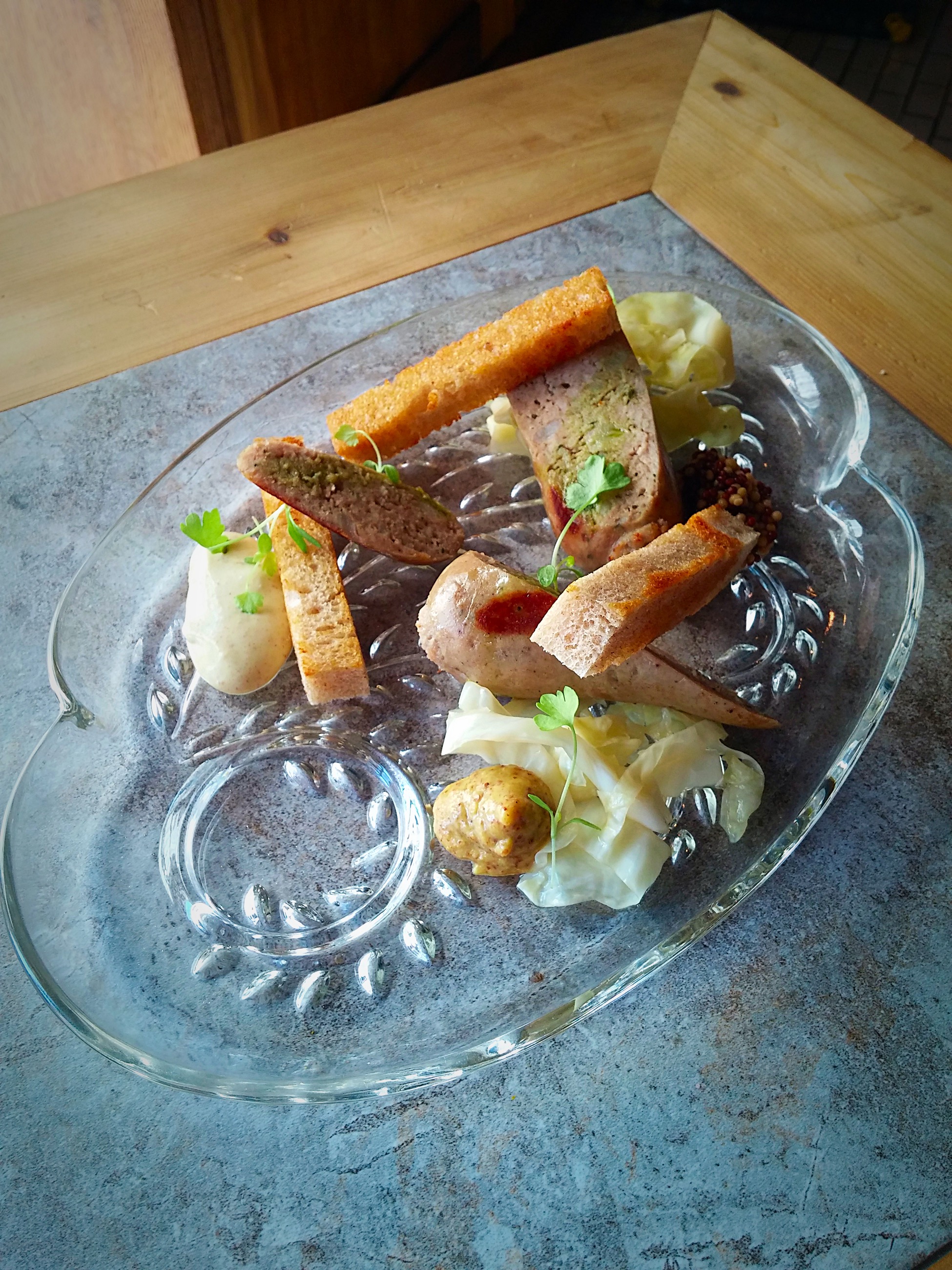 The secret lies in the aquavit cream, which she creates by making a Scandinavian mirepoix of sautéed diced fennel, onions and celery, and then adds a hint of cream – “It’s elevated and little more special.”

Another customer favorite is the salmon on charred leak, a medium-rare fish fillet served on grilled leeks with a dill sour cream, potatoes and green beans.

“There are Scandinavian people who come in and get it, and other people don’t know,” McLean said of the restaurant concept. “People aren’t going to learn to embrace this culture if you don’t force them to.”

For those who are apprehensive, McLean has dishes that are more accessible, like the smoked trout potato cakes. The appetizer celebrates the taste of her childhood. Mashed potatoes are seared and then topped with smoked trout, green apple salad, celery, sour cream and goat cheese.

The bar menu is a nod to Scandinavian street food with dishes that you’d find at the food halls and trucks overseas. The tasty tunnbrödsrulle is lefse stuffed with pickled pølse (hot dog) potato, shrimp salad, lettuce, cucumber and onion salad and curry ketchup. McLean reinvented the cumbersome wrap so it was easy to handle by rolling it and slicing it like sushi. 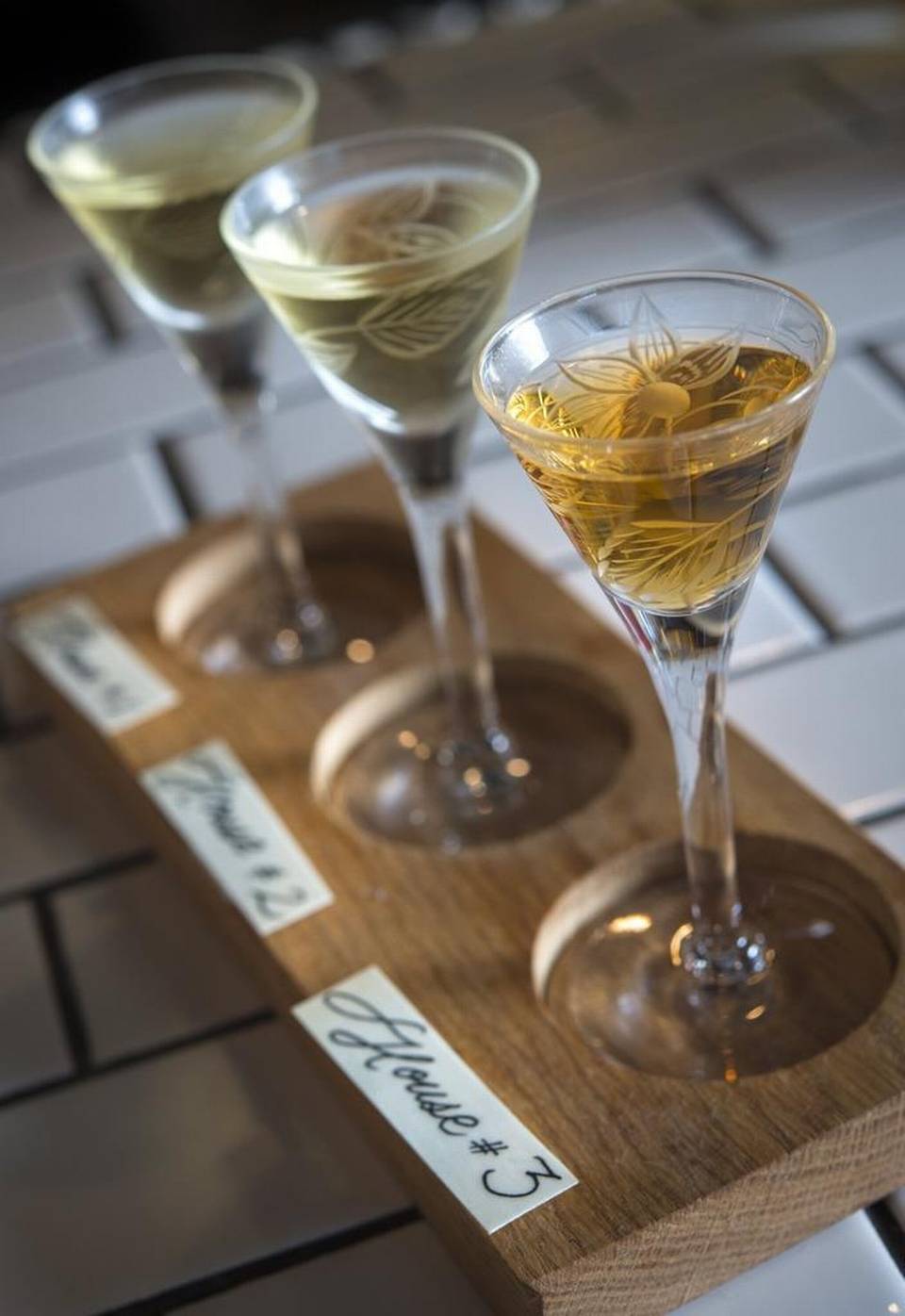 Behind the bar, you’ll find an array of imported and domestic aquavit, some that is even made in house by general manager and co-owner Josh Rogers, McLean’s fiancé. If you are looking to explore Scandinavian spirits, you can order a flight of aquavit and mead.

“Our experience is very heavy on drinking as well,” McLean said. “In Scandinavia you have aquavit, wine, beer or mead. The food needs these drinks.”

For instance, spirits like aquavit elevate dishes by bringing out the herbaceousness of certain foods.

Order a pint of Scandinavian beer or session-style mead from a local meadery like Leaky Roof and Kaw Point. Cocktails like the Pickled Beer are for curious drinkers. Carlsberg beer is infused with pickling spices, garlic, dill and mustard.

“The first sip is light and the longer you sip, the deeper it gets,” McLean said.

And, of course they have glogg.

In the winter it is served traditionally like a warm mulled wine, and then in the warmer months the drink is served chilled like sangria. Or, for brunch you can order a peppy glogg-mosa.