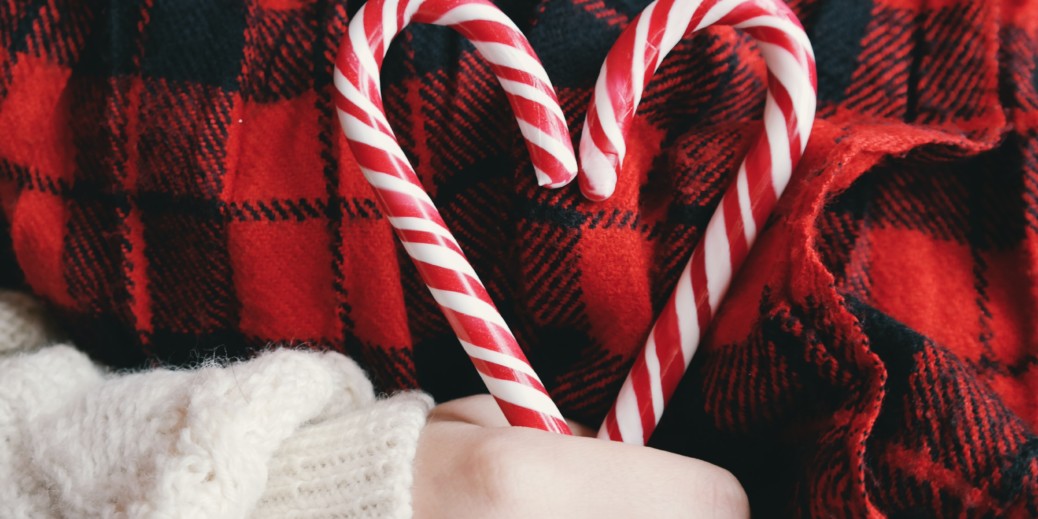 Swedes famously are known for being some of the world’s sweetest of sweet tooths.

Whether it’s salty licorice, Swedish Fish or strawberry-infused sockerbitar (a chewier version of the American marshmallow), Swedes consume an average of 40 pounds of candy per year – a sugary diet that sounds a lot like supper time with Buddy the Elf’s.

While you may be aware of Swedes’ long tradition of confectionary (and if not, you can read more about lördagsgodis, or Saturday Sweets, here), did you know that one of the world’s most popular sweets can trace its history to Sweden?

Just in time for Christmas, we can tell you that the iconic candy cane, that barber-poll-striped stick of crunchy peppermint, owes its birth to an enterprising Swedish widow who turned a series of tragedies into one sweet – and enduring – success story.

The story begins in the lakeside town of Gränna in south-central Sweden. Amalia Eriksson had moved there in 1855 to work as a maid. Two years later, when one of her twins was stillborn and her husband died a week later, her entrepreneurial (or was it survival?) instincts kicked in. She applied for a permit to open a bakery and candy shop in town. Now the prospect of a female business owner was a bit of heresy in mid-19th century Sweden, but her petition to the town council ultimately would be approved, and before long, the 33-year-old widow opened the doors to a business that would thrive well past her death more than six decades later.

Along the way, as legend has it, the enterprising shopkeeper was hit with another bolt of inspiration.

In 1859, with her 2-year-old daughter Ida laid up with a cold, Eriksson got to wondering if her apothecary skills could rival her talent for confectionary. She set out to concoct her own cough drops, flavoring them with peppermint oil and vinegar and enough sugar to make them sufficiently appetizing for an ailing toddler. Around the outside, she spiraled each piece with whimsical red stripes.

The cough drops – well, let’s call them what they were, candies – were so popular that not only did Ida gobble them up, but also, later, so did her customers. She called the minty concoctions polkagris – as in polka, for the way the stripes danced around the stick, and gris, which means “pig” but was slang at the time for candy.

Eriksson’s business made her a wealthy woman and would put Gränna on the map, with the polkagris even attracting the attention of Swedish royalty. Fittingly perhaps, Ida would eventually take over the business, faithfully keeping Amalia’s polkagris recipe secret until her mother’s passing at age 99.

Today, the town continues to celebrate its history as the birthplace of the earliest version of the candy cane. Eriksson’s story as the first Swedish business woman is told in the Gränna Museum, and there is a statue of her in a park at the foot of Gränna Mountain. The town even holds a polkagris-making contest each year in her honor.

Eriksson is featured in the 2016 book, “Bad Girls Throughout History, 100 Remarkable Women Who Changed the World” (Chronicle Books) alongside Marie Curie, Sojourner Truth and Joan Jett, among others. And Google featured Eriksson with a Google Doodle on Nov. 18, 2014 on what would have been her 190th birthday.

More important perhaps, her minty legacy remains one of the iconic hallmarks of the holiday season.