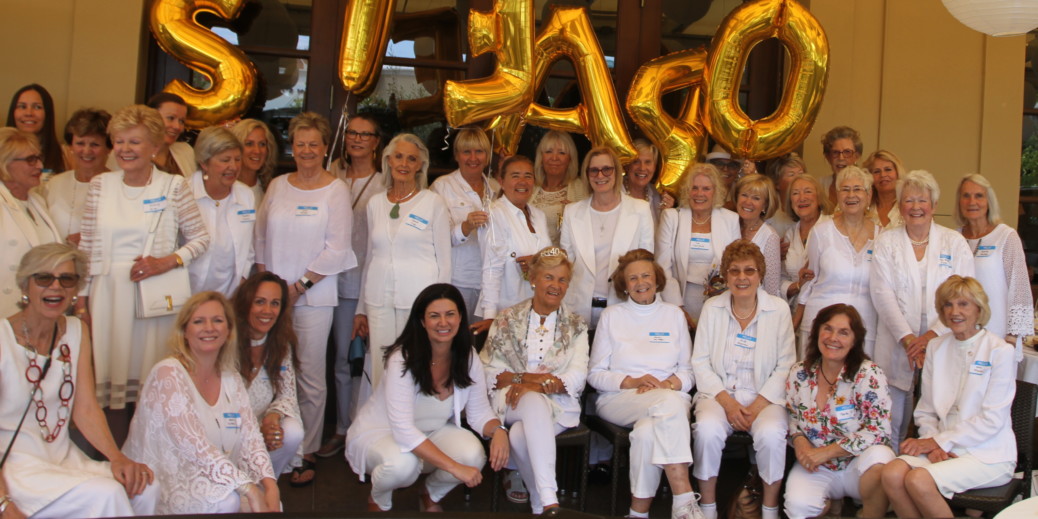 It’s not unusual to hear the clicking of Kerstin Alm’s high heels as she scurries with camera in hand from booth to booth at celebrity gift suite events to catch a photo of a star trying on or posing with a product.

Alm has covered a long list of events, everywhere from Hollywood to Cannes, France. And she’s encountered some of the biggest stars in the world, from Al Pacino to Sting.

“She was assigned as the photographer to my booth at two celebrity gift lounges in Hollywood and Beverly Hills, and I loved watching her in action when she photographed every celebrity posing with a SwedArt bracelet,” said Margareta Lidskog, owner of SwedArt. “She is known as the ‘one-shot woman’ because she almost never needs to take a second shot, and she rarely edits her photos except a little cropping.”

Alm’s pace would tire many people, but the 82-year-old photographer is not one to slow down – despite the fact she always wears high heels when she’s working, an elegant nod to her young-at-heart attitude. “I like to tell people I’m the same age as Morgan Freeman,” she said.

Alm enjoys her notoriety as the one-shot woman. What’s her secret?

“When I photograph people, I say ‘I would like you to say ‘sex’ because you get a good smile, and people don’t blink,” she said, laughing. “You get a good photo. People should look their best and be happy with themselves always.”

A native of Sweden, Alm has owned a camera ever since she was very young.

“My first interest in life was a camera,” she said. “My father gave me his old camera when I was 13.”

Alm moved to the Los Angeles area in 1963 at the age of 26. Her first party pictures were published in the Swedish evening newspaper Expressen during the 1970s.

Taking photographs was a side gig for Alm, who spent most of her career working for Air France at Los Angeles International Airport, advancing to the title of cargo sales manager before her retirement in 2002.

“I would get people to use Air France to move freight,” she said. “I traveled a lot. I have been on the Concord three times. I really enjoyed my job.”

Now she devotes her time to photography. Alm always traveled with her camera bag in tow. Over the years, she has been able to photograph people around the world in cities such as Venice, Paris and Dubai. Most of her photos are taken at gifting lounges.

She has photographed royalty, more precisely the Crown Princess of Sweden, during a visit to Seattle.

“I’ve also photographed the King and Queen of Sweden in Stockholm,” Alm said.

Celebrities are the subject of many of her photographs. She has captured images of everyone from Sting to Pacino, her two favorites.

“I’m not afraid of photographing anyone,” she said. “I think people can see if you are friendly, happy person or not. I have no hang ups.”

Alm also has been the main photographer within the Swedish Women’s Educational Association for the past 25 years. She served as president of the Los Angeles branch of the organization in 1979.

Her extroverted personality and keen sense of humor are front and center in all aspects of her life. A while back, she was featured in a commercial for Fireball Whiskey where grandmothers tasted Fireball.

“I’m an entertainer on the side,” she said. “I’m a comedian with people. I like to ad lib.”

She currently is working as an extra in the student film “Blood Light.” And she also belongs to Brits in LA.

But what’s most fun about her job and her life, she said, “is to be appreciated for who I am and what I do.”